Nine in a row 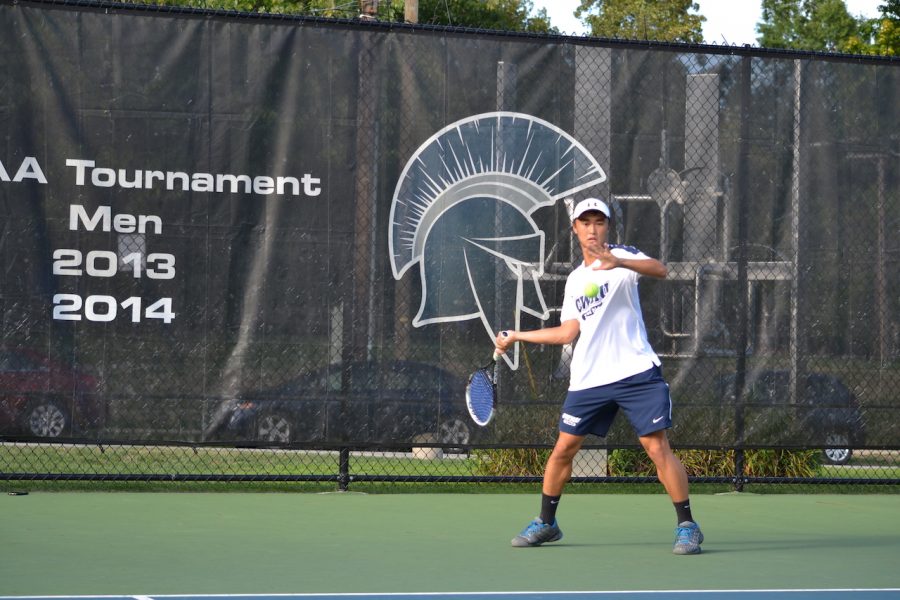 The brooms came out strong as the Spartans swept two opponents in one day this past weekend. Case Western Reserve University took on the Rochester Institute of Technology (RIT) and Ohio Wesleyan University at home this past Saturday and dominated in every single match, including four matches that allowed no points to the opponent.

RIT was the first victim of the Spartans this holiday weekend. The No. 12 Spartans easily took the doubles matches — RIT only scored four points across all three matches.

The easy win was only the first for the day. Shortly after defeating RIT, CWRU hosted Ohio Wesleyan, and the Spartans didn’t miss a step.

Unfortunately, none of the doubles matches were clean sweeps. Instead, one of them came down to the final point. The duo of fourth-year students Phillip Gruber and James Fojtasek won their doubles match 8-7, the single closest set of the weekend for the Spartans.

Unlike his fellow fourth-year students Gruber and Fojtasek, Kevin Dong swept his entire singles match, allowing no points to be scored against him. Concannon completed the same feat as both finished their matches 6-0, 6-0.

The two sweeps bring CWRU to 19-4 on the season, improving upon last year’s 17-6 record at this point in the season. The sweeps also bring the team to an incredible nine game winning streak after being at 10-4 on March 15.

However, despite being two games better than last year, the Spartans are still 6 rankings below their spot last year at this point. Their schedule has been arguably easier this season, but the team is still hoping to improve their ranking so as to surpass their previous season.

The team has five matches left on the season, including three next weekend. They’ll be away as they head to Florida to play against rival Carnegie Mellon University followed by two undetermined opponents in the UAA Championship Tournament.
These games promise to be a much tougher test than the Spartans have had as of late, and the streak may well be in jeopardy. The good news is that if the team does manage to improve their streak to 12, they’ll likely have increased their national ranking by a substantial amount.