No Spain, no gain

Volleyball team travels to Europe to prepare for season 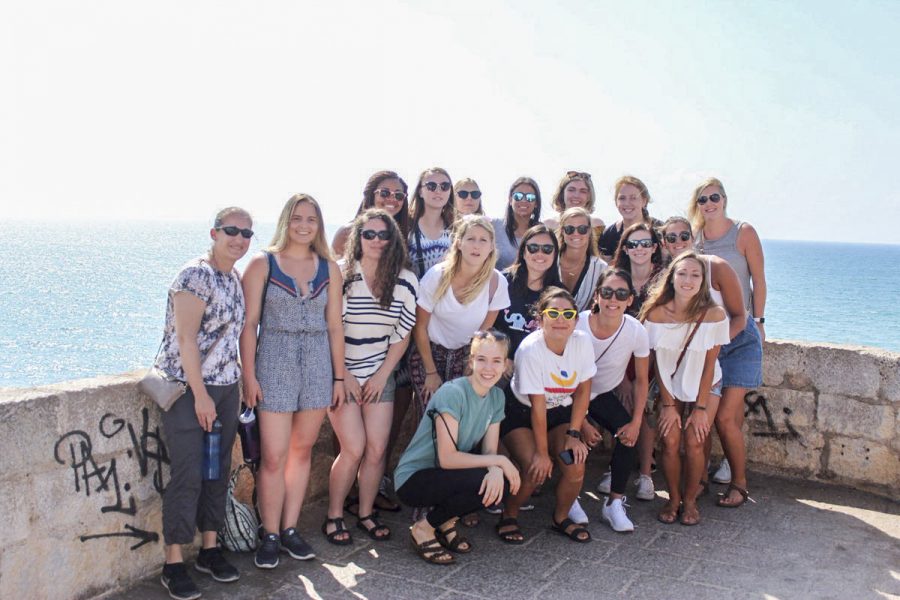 La Sagrada Familia. Peniscola Templory Castle. Parque del Buen Retiro. These are just a few of the breathtaking attractions Case Western Reserve University’s volleyball returners got to experience early this August on a trip to Spain.

Of course playing volleyball was a great focus, but team bonding was the most important aspect of the trip.

“The trip allowed us to get closer as a team because we learned how different people respond to different situations,” third-year middle hitter Haley Sims said. “It allowed us to overcome challenges that naturally arise when you are with the same people for eight straight days.”

Beyond the team building and the competitions, the favorite part for many of the players was having fun and exploring the country. It gave each of them an amazing end to summer.

“My favorite part of Spain was the Sagrada Church. The level of symbolism, both natural and religious, could honestly make it the eighth Wonder of the World,” exclaimed fourth-year defensive specialist Noel Jeansonne.

And of course no international trip is complete without trying the local food.

Second-year right side hitter Jana Giaquinto said, “It was so different but so good. It was nice to get something that was not traditional American food and have new experiences. The culture of Spain really stood out in their food.”

Favorites of the team included paella, empanadas and assorted tapas. Some meals were even highlighted by fresh seafood from the Mediterranean.

The volleyball team’s trip to Spain is bound to help throughout the season because of the memories created through the experience and the bond that was formed. It is an exciting time for CWRU’s 2018 volleyball team.