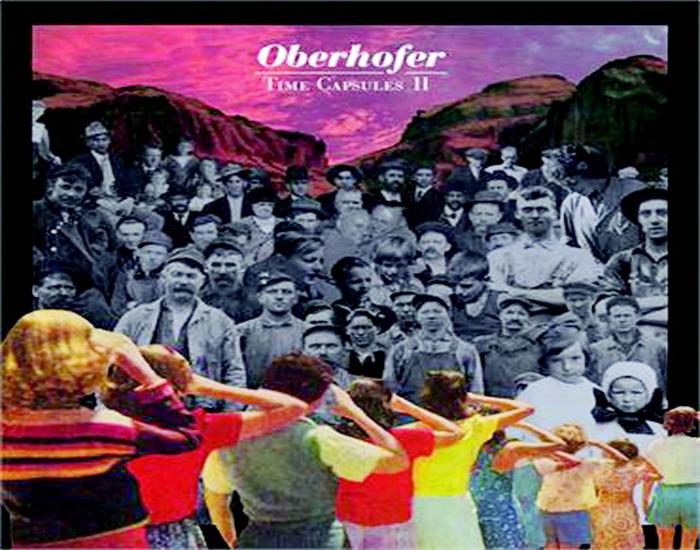 As Time Capsule II begins, listeners are confronted with an emotionally driven track, “Heart,” which incorporates piano, xylophone, and stringed instruments and is reminiscent of Arcade Fire’s Funerals. But don’t be fooled, Oberhofer is here to be fun and refreshing.

In 2006, Brad Oberhofer began recording in his parents’ basement in Tacoma, Wash. At the time he hoped to create a unique and fun sound – nearly six years later, Oberhofer is living across the country in Brooklyn, N.Y., working with three other musicians, and releasing his first full-length album, Time Capsule II. He’s now doing just what he set out to do: have fun. Time Capsule II offers a 38-minute, ten-track fanfare that will have you convinced it’s a sunny summer day, whatever the weather.

One of the strongest tracks on Time Capsule II is “Away Frm U,” which Oberhofer originally released as a single in 2010. The album version is more polished and tight than the single, mainly due to the sound engineering team the band gained access to after signing a deal with Glassnote Records. “Away Frm U,” like many of Oberhofer’s tracks, deals with emotional struggle – in this case, how to evade an ex-lover – in a light-hearted manner. Oberhofer offers many strategies from “I’ll hop the fence/So I can get out of this mess” to “I’ll give you right/Give you a ride/outta town.”

“oOoO” is a prime example of Oberhofer’s innocent attitude toward angst-ridden problems, with lyrics such as “And I know that you love me/But I’m just too damn hungry/ For loving that I don’t need/ And I know you like my shoes.”  “oOoO” also showcases Oberhofer’s ability to blend genres by adding 1960s-esque riffs and xylophone melodies to a pop-punk chord progression and drum beat.

In “Crusin’ FDR,” Oberhofer blends synth-pop with surf-rock guitar riffs and adds lyrics innocent enough that you would think Brian Wilson was writing them:“I’m cruisin’ down FDR /I’m driving my buddy’s car /The sky’s a little bit gray, but in a beautiful way /And you’re not too far away” as well as the bridge breakdown where Oberhofer sings “I can’t get enough of your love,” backed by oohing vocals.

Though summer is still a ways away, Time Capsule II may easily become a summer 2012 hit.