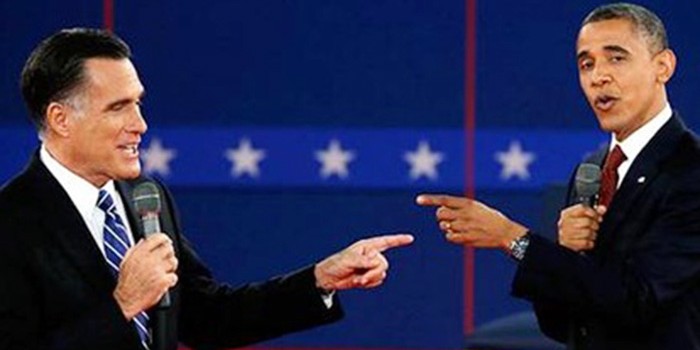 As the election date nears and campaign season reaches its peak, students all across Case Western Reserve University’s campus are engaging in political discussions.  As part of an unofficial national campaign for college students that promotes voter outreach and education, The Observer is sanctioning a debate between the main campus political groups.

This roundtable debate will take place Oct. 25 at 7 p.m. in the Thwing Ballroom with an overflow room in the ballroom lounge.

Several campus services are backing the debate, including Share the Vision, the Center for Civic Engagement and Learning (CCEL), the Office of Government and Foundation Relations, and Media Board.

“CCEL’s mission is to create an engaged campus by providing and supporting opportunities for community service and collective action while promoting civic awareness and leadership,” said CCEL director Elizabeth Banks.

“We see political participation as an important way for students to get involved in community issues and take a stand on issues that matter to them.”

“Because CCEL encourages students to engage in their communities, we support events like the debate that help raise awareness and motivate students to discuss the issues, learn more about candidates, and get out to vote,” she finished.

CCEL is not the only campus service lending its support through the debate, either.

“The Share the Vision campaign promotes dialogue.  One of the guiding affirmations is to respect new ideas and encourage examination and discussion of differing opinions,” said Mayo Bulloch, Chair for Share the Vision Committee.

“The presidential campaign is a wonderful example of how reasonable people can disagree and how we must listen to each other while forming our own well-reasoned opinions.”

In order to reach out to more students on campus, the debate is being sponsored by Information Technology Services. ITS will help The Observer to fully record the debate using MediaVision.  A live stream will show on observer.case.edu and the overflow room will hold a projector streaming the debate, as well.

In an effort to engage students and receive more audience participation and interaction, the debate will be based off a social media campaign. Students will be encouraged to submit questions for the debaters through Twitter, Facebook, and Google hangout.

During the debate, the ballroom will also host a projector showing student comments on the debate from a specific hashtag on Twitter.

“Awareness of political issues and policies is of vital importance to every American citizen, but in my opinion, especially to the youth because the current policies are going to affect the rest of our lives tremendously,” said Victoria Granda, the president of the CWRU’s Young Americans for Liberty group.

“Economic and fiscal policy, civil liberties, foreign policy, all these things directly affect us and it is important to know what our politicians are doing and then get involved if we don’t agree with their decisions.”

She continued, “College students should be concerned about politics because at this moment, we have severe unemployment and immense amounts of debt amongst college graduates, mostly due to our government’s fiscal policies.”

According to Casey Medley, the director of Thwing Center, the election is not only important to college campuses in general, though.  This election is specifically important to CWRU’s community because the next president will get to nominate and approve members of the Supreme Court.

“Presidents, congressmen and senators come and go pursuant to elections; however, an appointment to the Supreme Court is a lifetime appointment.  Before the court this term are issues important to students at CWRU, such as affirmative action,” said Medley.

“Nearly every year, there are cases involving reproductive rights.  Whoever is in the position to appoint two justices could control the tenor of the third co-equal branch of government for the next 20 years.”

“The most important issue college students will face in the next 10 years is finding a job. Personally, I don’t want to live in my parents’ basement when I graduate from CWRU. But under the current administration, that situation appears more likely every day,” said Andrew Breland, the Vice President for Case College Republicans.

“I believe that holding a debate will allow the students to better understand the positions of the various candidates for president, and if they haven’t made up their mind prior to the debate, help decide who to vote for,” he finished.

The Case Democrats have a similar goal to the Case College Republicans, as both groups hope to persuade students that the candidate they back is the best person to elect.

“Case Democrats hopes to have an educated discussion about an election that could change the course of history.  We hope to give students on campus the option to hear from their peers to help them make the best decision on Nov. 6,” said Kassie Stewart, media correspondent for Case Democrats.

“As representatives of the Democrats on campus, we hope to show why it is important to re-elect the president and describe the policies that have been proposed, as well as what has been accomplished in the past four years.”

Young Americans for Liberty, on the other hand, doesn’t endorse any political candidate as a group and hopes to give students a new perspective on political views as a whole.

“I’m hoping many students attend and come with a truly open mind. Ideally, I would love for students to recognize that they are libertarian. Even if we don’t have a flood of new members to YAL though, I hope many students realize they agree with us on many points or that our ideas have serious thought and logic behind them,” said Granda, president of YAL.

“I hope more students leave open to libertarian thought and then come to our meetings and events, and that this new openness would also lead them to keeping individual liberty in mind when voting.”

The goal of this debate is to give students the opportunity to learn about the various candidates and why other students are voting for a specific candidate.  Since questions for the debate will come from students, the goal is to make the debate more college- and student-oriented and more interesting.

“A debate on campus is a wonderful opportunity for students (and faculty and staff) to learn more about the issues and perspectives that separate the candidates and the parties,” said Bulloch.

“A campus debate can focus on the important topics and promote analysis and reflection.  The outcome of the election will affect us in many ways – federal support for students, economic growth, health care, and the environment.”