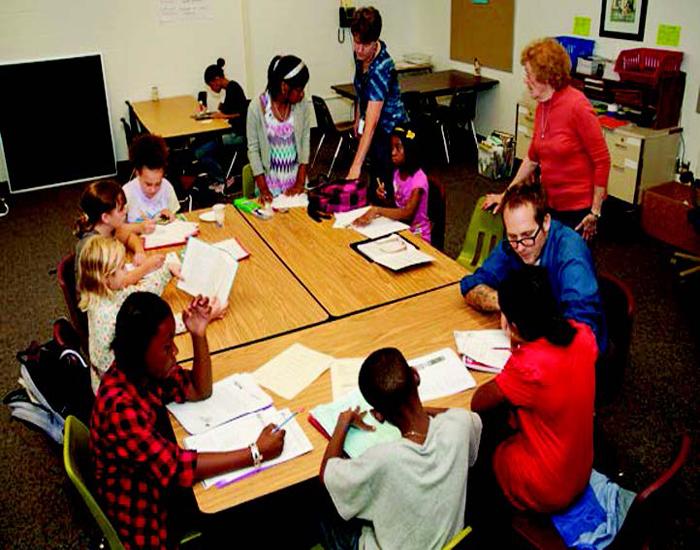 There comes a point at which everyone is forced (sometimes none too gently) to learn one of life’s fundamental truths: being able to write well is important. It’s better to realize this as early as possible, so you don’t find yourself wading through personal essays for graduate school applications and discovering you can’t articulate your thoughts past “um…I really like biology…viruses are cool.”

Unfortunately, this “oh, crap” moment happens to many people, especially those in the science and engineering fields. Not everyone gets the same education, and some people will have had more writing instruction than others, but there are things that can be done to close the gap between the easy-breezy-essay-authors and the nail-biting-essay-fretters.

Ohio City Writers is one of the newest grassroots organizations in Cleveland, and it is off to a great start at closing the writing-gap. Founded by Frank W. Lewis, a longtime journalist and editor ofCleveland Scene, Ohio City Writers seeks to follow the example set by 826 National, a nonprofit organization founded in San Francisco that focuses on writing, publishing, and tutoring for under-resourced children.

Writing workshops are held at the OCW center on Lorain Ave. as well as off-site in local schools and libraries. Workshops are open to all residents of northeast Ohio, but right now OCW primarily promotes its programs in Near West neighborhoods like Gordon Square and Ohio City.

Lewis and OCW recently launched the Write to Assemble project, which will take place on the second Tuesday of each month at Happy Dog in Gordon Square. Write to Assemble centers on writers, but non-writers are welcome to attend; the project aims to boost awareness and donations to OCW.

The first Write to Assemble meeting was held Jan. 10, and it was standing-room only at Happy Dog, a bar that is also a popular spot for music, hot dogs, and beer. Greta Cawley, a sophomore international studies student, was in attendance.

“The crowd was diverse in all ways – old and young, artistic types and general-looking folks,” she said.“I had the enjoyment of sitting where I could see the panel [Ohio City Writers staff] right in front across the bar, where people also were lining up for the microphone.”

The goal of the event was to discuss how people represent Cleveland in their writing, but the discussion got heated quickly, and it became evident that people aren’t moderate about their feelings for the city – they either love it or hate it.

“I was sitting next to a woman in her early 20s,” Cawley said. “[She] screamed out something to the effect of ‘I love Cleveland – I have $5000 worth of Cleveland tattoos,’ when confronted by a panelist that just having Cleveland pride didn’t mean that you really supported the city.”

Alternatively, when cut off in line for the microphone, one woman lamented that she hated Cleveland because of that kind of behavior from its inhabitants.

When the event was over, an OCW member went around encouraging people to get involved. “She made it sound like something I would really want to be a part of,” Cawley said, “but I do think that they need to get themselves out there…in a more streamlined way.”

OCW is still a young and growing group, but hopefully its projects will mature with the organization. Volunteers are integral to the success of OCW. Their after-school tutors and writing workshop leaders are all volunteers, and events are put together by volunteers who raise money and awareness for the group.

Another function of the organization is to teach people about free and low-cost ways to get their work published online. OCW encourages this by publishing participants’ work online and in quarterlies and books.

Lewis and OCW are helping get their participants’ work out in other ways as well. On Feb. 3, Lewis said “I will begin a project at Citizens Leadership Academy, a charter school on Cleveland’s east side. I’ll be working all spring with students and teachers on the school’s first literary magazine.”

He is also working with Ohio City Inc. to restart their quarterly community newspaper and get OCW kids involved in contributing to it. Kids with musical interests also have the chance to get published, as Lewis is working with some musician friends of his on starting songwriting workshops. “The goal is to give some of the songs written by kids to local bands who will record them for a CD,” Lewis said.

This kind of grassroots organization is new to Cleveland, but grassroots in general is not. There are over 200 grassroots groups in the LiveCleveland online database, but few, if any, deal with writing.

Ohio City Writers gives Clevelanders a unique opportunity to help out local youth and maybe learn something new themselves in the process. Lewis started OCW after losing his job as a journalist in 2010, and soon after decided that Cleveland needed an organization like 826 National.

In his free time, Lewis coaches hockey, and he used to run an after-school writing club at his son’s school. “I don’t know if you can change the world one child at a time,” he said, “but I can’t think of a better way to try.”