Ohio ranks ninth worst in the nation for student debt 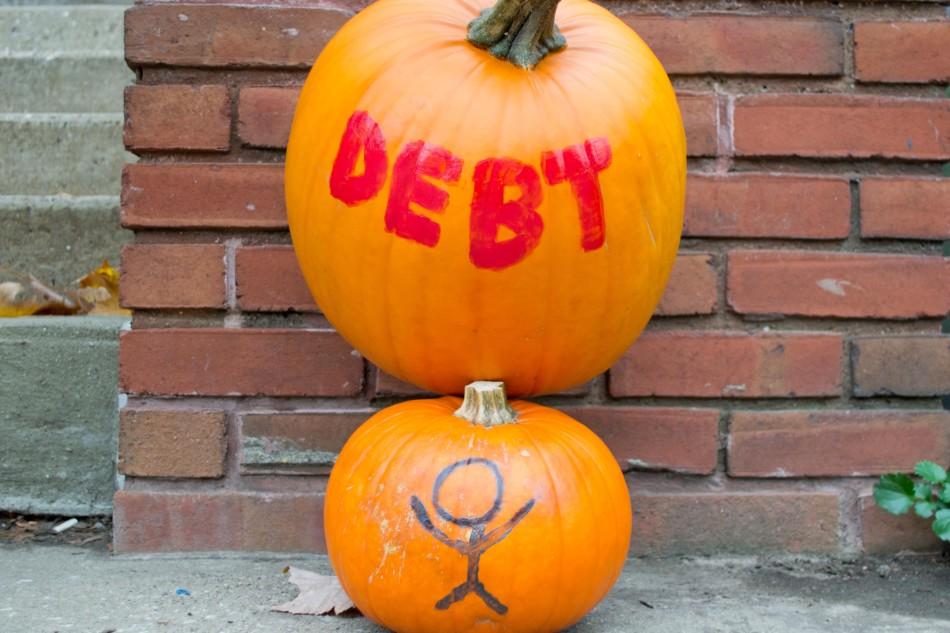 Senior Jack Behrend takes a full class load. He has extracurriculars. He does research. But he also spends over 15 hours a week working the multiple jobs that are allowing him to pay for half of his college education.

Behrend is one of many college students across the nation who are struggling to pay for all or part of their education, while still maintaining the high competitive standards that universities like Case Western Reserve University require. Many students take out loans in order to pay for their education, leaving them in debt after they graduate.

Nationally, student loans have tripled in size over the past 10 years and have recently surpassed credit card debt as the second largest source of personal debt in the United States. A recent report released by WalletHub ranks Ohio as the ninth worst state for the average amount of student debt, and the sixth worst state for the proportion of graduates with debt.

In Ohio, the average debt a graduating senior carries is $29,037. CWRU’s average debt falls even higher than this, with an average of $34,998 per student.

Venus Puliafico, director of Financial Aid, says that CWRU has been improving on student debt in recent years. She feels that CWRU’s figures represent a positive downward trend, with the amount of debt falling $4,800 over the past three years.

“[Student debt] is more complex than looking at one figure or trend,” Puliafico said. She added that often, debt originates from college dropouts, who do not earn enough to offset their loans because they did not complete their degree.

CWRU’s six-year graduation rate is 78 percent, meaning that 22 percent of students who enter do not finish their degrees. This is lower than the national average of 59 percent.

“The phrase ‘education is an investment’ is so ubiquitous because it is true,” she said.

Alumni research of CWRU graduates confirms this, and shows that the value graduates place on their education increases over time.

Puliafico advises students to consider many options when looking to pay off their student loans, considering both income-based approaches and the more typical 10 year plan. She says that loan providers should look to work with students to find a plan that is best for them.

“[CWRU] has made increasing student support a top priority of the extended capital campaign,” she added, citing CWRU’s $145.8 million in available scholarships.

The university also takes steps to ensure that students pay loans off.

“The university has a zero percent default rate over three years,” Puliafico said.

The default rate is the percentage of students who fail to pay back their loans plus interest. That number is compared to a 16.7 percent default rate in Ohio as a whole.

Behrend, on the other hand, doesn’t agree with Puliafico’s positive outlook.

“It’s really frustrating because we’re so proud of maintaining such a high level of academics,” said Behrend. “We’re supposed to be the best of the best of the best all the time. But the difference between me and my classmates is that they got to study the extra eight hours a week for that test, while I spent 15 at work.”

“We’re being separated in success very seldom based on purely who is the best, but more on the time to do the best,” he said.

He was also wary about the fact that CWRU has lowered student debt, saying that that might mean that we are simply attracting more students who are able to pay debt, instead of better handling our finances.

“We’re just attracting a more exclusive clientele, which speaks poorly on the university,” he said. “Lowering student debt means mom and dad are paying for more, which speaks to the fact that we have a racially homogenous populous and explains why we’re not attracting people from the Cleveland area.”