Omar Sosa on the meaning of jazz, his upcoming album 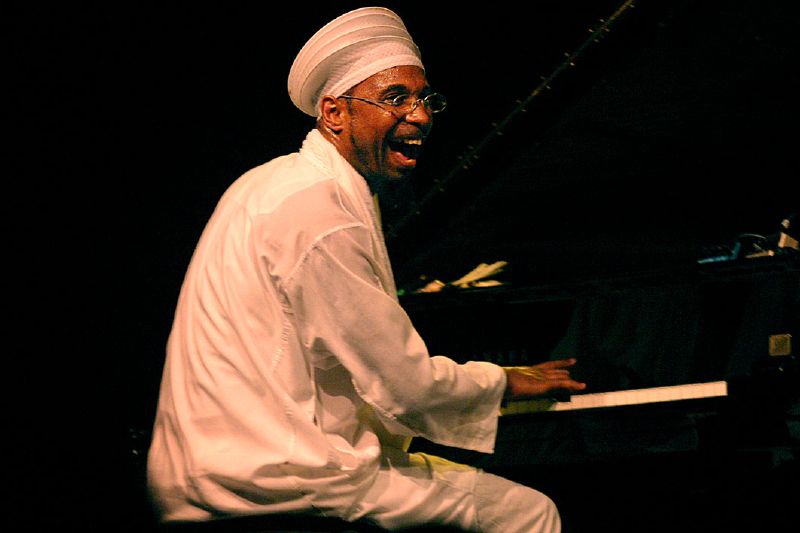 Is it a swinging rhythm? Is it a big band wailing on standards? Is it a piano trio in Little Italy?

For seven-time Grammy nominee Omar Sosa the answer is simple.

Sosa’s view of jazz as a big umbrella that can incorporate any style of music has led the 53-year-old Afro-Cuban pianist to become one of the most inventive figures in the genre. Each album Sosa creates exhibits a new sound as he works with different artists and adds elements of different musical traditions. Each album is tied together by a unifying theme.

His upcoming album, “Aguas,” a collaboration with fellow Cuban violinist and vocalist Yilian Canizares, will be released on Oct. 5. The lead single from the album, “Habana y Otras Nostlagias,” is a melancholy ballad, with Sosa’s piano and Canizares’s violin playing and vocals accompanied solely by percussionist Inor Sotolongo for a minimalist, intimate sound.

“This project is the collaboration of two generations of Cuban musicians who live outside the island. Yilian Canizares lives in Switzerland, and now I live between the United States and Europe,” said Sosa. “This song represents the nostalgia of Cuban musicians when they don’t have the opportunity to go back to their homeland. With this song we try to pay tribute to all the people on this planet who live outside their country.”

Sosa first met Canizares when she opened for him at a concert in the south of France five years ago. Three weeks later, Sosa called Canizares, and they went to the studio. Despite the release date, the recording sessions for “Aguas” occurred in 2015. According to Sosa, “Aguas” can be seen as a companion to his phenomenal 2017 album with Senegalese kora player Seckou Keita “Transparent Water.”

For most people, Cuban music is associated with the up-tempo party music of performers like Celia Cruz. Many of Sosa’s recordings, including “Aguas,” show a more meditative side to the island’s musical tradition.

“Most of the time when you hear about Cuban music, it’s a muscle music, everything needs to be up-tempo,” said Sosa. “We decide to represent the more contemplative side of our tradition but always with the Afro-Cuban roots underneath.”

“Afro-Cuban music is the backbone of my life,” said Sosa. “I’m a religious person, I’m a santero, I’m part of the Afro-Cuban tradition. So for me, everything is related with the [spiritual] connection of the ancestors and our elders.”

Sosa said his father would play vinyl records every Sunday growing up, and he became exposed to artists like Glenn Miller and Nat King Cole. Sosa went to music school in Cuba. He began as a cellist but had to switch instruments due a problem in his hands. Then he became a classically trained percussionist at Escuela Nacional de Musica, the national school of music in Havana. He said as a student he dreamed of professionally playing vibraphone or marimba, but there were only two or three of the mallet instruments in Cuba.

“There were pianos around everywhere, [they were] really out of tune but [they] were there,” said Sosa. “I started playing piano, and now it’s too late for me to change.”

His percussion background shines through in his music, as Sosa said he plays piano like “88 drums.”

Sosa has been to many different countries throughout his life, gleaning new musical knowledge from each of them. Sosa’s time in Ecuador during the 1990s is especially notable.

He lived in Quito, but spent much of his time in Esmeraldas, an area known for its Afro-Ecuadorian culture. Sosa said several of his records are based on Afro-Ecuadorian traditions and that the music of Ecuador has become a part of his everyday life.

“It’s simple when you have your road clear you (will) find the right people in your life,” said Sosa on how he connected with musicians in Ecuador. “The problem is when you have too many directions.”

Sosa said his main goal in life is to learn how African music stays alive in the world. In every city he visits he tries to find how African music affects another musical tradition and how other styles of music in turn affect African music. Sosa believes that all music shares common threads that enable musicians to interact across cultures.

For Sosa, these threads are not necessarily musical. Sosa shared how he visited a Chinese Buddhist temple and related the figures he saw with deities in Santeria.

“We are brothers and sisters no matter what kind of religion we practice, no matter what color of the skin we have. It doesn’t matter what tradition we come from, we are human beings,” said Sosa. “When you have the opportunity to talk to people, to (have them) share in your tradition something good will always happen. Why, because everything is honest, nothing is imposed.”

Matt Hooke’s interview with Omar Sosa aired Thursday Sept. 12  from noon – 1 p.m. on WRUW-FM. To listen to a recording of the interview, visit the station’s archives on its website. WRUW-FM is a member of University Media Board as is The Observer.