Only feminist on the surface 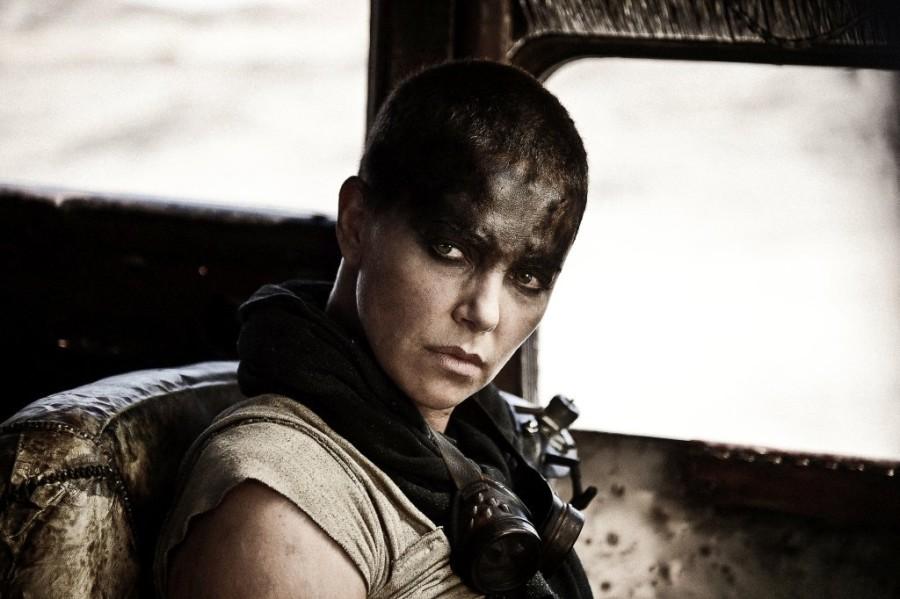 “Mad Max: Fury Road,” released on May 16, was the long-anticipated return to the dystopian world of Mad Max from the original trilogy of action movies from the 1980s.

Visually stunning with scenes in the desert and pops of color in large action scenes, “Fury Road” is an entertaining movie. It also stands out in the action movie category because of the presence of many women in the film and the focus on female characters rather than Max himself.

Tom Hardy stars as the titular character, haunted by his failures to save his family. Although the movie is titled “Mad Max,” Hardy’s character is mainly a sidekick in “Fury Road.” Instead, Furiosa, played by Charlize Theron, ends up becoming the hero of the movie in her quest to help the mistresses of Immortan Joe, the dictator and captor of the humans and other species in this world, escape from his abusiveness.

This plot has led many critics and reviewers to call “Fury Road” a feminist movie, which I would have to agree with…to a point.

The movie is feminist in its radical change from male driven action movies in Hollywood and its many female characters. All of the scenes in the movie are action driven with limited dialogue and mainly feature females, especially in the end with older women that drive motorcycles and team up with Furiosa and Max to try and take back the stronghold.

However, the plot of the story does not offer much that the feminist movement tries to accomplish in real life, such as equality for women.

“Fury Road” offers a strong female character in Furiosa, who has had to struggle since she was a child because of her sex, but who ultimately is a leader for other women. She is able to make her own way in the world, but also is able to respect Max and other forms of life, like the half-bloods that are the foot soldiers for Immortan Joe.

Even though her character is strong and points out the sexism in the society, there is no real solution to sexism in the movie. Instead, the main focus of the movie is about the rights of all humans and their right to try and survive in this dystopian world. While this is not a bad theme to have in the movie—especially in a time where civil liberties of citizens in our own country are a heavy focus in politics with the expiring of the Patriot Act and police violence in multiple cities in the country—it is hard for me to call this movie a truly feminist one because of its lack of solution or emphasis on full equality for females.

Despite its lack of a meaningful feminist agenda, “Fury Road” at least does feature a strong female presence in an action movie. The film has a plot and a purpose that keeps the viewer on edge since the typical tropes of action movies are not present. Rene Rodriguez from the Miami Herald pointed out, “‘Fury Road’ makes ‘Avengers: Age of Ultron’ look like an adorable child’s toy (nice try, Joss Whedon!) and reveals ‘Furious 7’ to be the cheap, hollow cartoon it always was.”

Though “Avengers” and the “Fast and the Furious” are lucrative, large franchises, they are the typical examples of action movies that mainly feature male characters in large and out-of-this-world scenes. “Fury Road” stands out among these movies and other action franchises as a step in the right direction toward more inclusion of females and other voices besides the typical male one in action movies.

Overall, the movie is entertaining while also having some meaning and gives the viewer something to think about after seeing the movie, rather than just appreciating the action scenes and forgetting about the movie after walking out of the theater.