“Onward” and the future of the movie industry 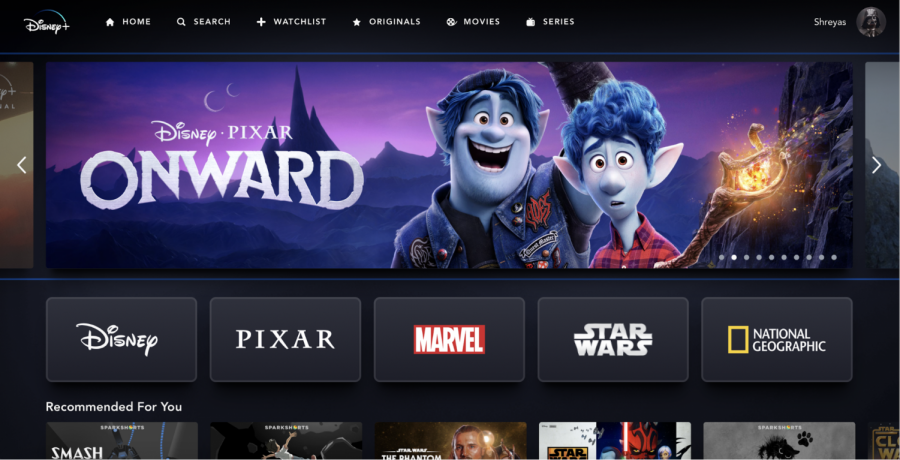 The COVID-19 outbreak has touched every part of American life, from the big, to the seemingly inconsequential, as we all try to maintain social distancing and stay at home. One aspect of the fallout has been the almost complete shutdown of the movie industry, with no films being released in theaters due to fears of the virus spreading among the large crowds.

Many films have been delayed from their spring and summer release dates, including blockbusters like the new Bond film “No Time to Die,” “Fast and Furious 9,” “Wonder Woman 1984,” Disney’s “Mulan” live-action remake and “Black Widow,” along with all future Marvel films.

Whether Americans come back to the theater later this year remains to be seen, but with most Americans currently stuck at home, entertainment has become more important than ever before.

In this age of streaming, people have access to entire film and TV catalogs with monthly subscriptions. The success of Netflix content production has fundamentally changed how we view film consumption, with many films that would’ve been released in the theaters, such as Martin Scorsese’s “The Irishman” or Alfonso Cuarón’s “Roma,” being released directly online. Whether this “dilutes” the theater experience and will kill the movie industry has been a topic of debate, but with all movie theaters currently shut down, and AMC Theatres possibly filing for bankruptcy, no one seems to mind too much.

In fact, it seems as if the future that many foretold about media consumption since the invention of the VHS is now here. Home video has become massively important in this time of stay-at-home orders, with many studios currently experimenting with the platform to find the solution to our current dearth of new movie releases.

Universal Studios has been releasing their movies that were in theaters right before the shutdown such as “The Invisible Man” or “Trolls World Tour” on digital platforms for $20 one-time rentals in order to recoup their lost theater revenues, a never-seen-before strategy. Whether it turns out to be successful, or if other studios jump onto the strategy, remains to be seen.

On the other end of the spectrum, Disney’s ploy of releasing their own streaming service, Disney+, last fall seems to have come at the perfect time, with people looking for the comforting content that has become Disney’s specialty more now than ever before.

Released in theaters starting on March 6 for only two weeks, Pixar Animation’s newest film, “Onward,” was a financial failure, unable to recoup its budget due to this COVID-19 outbreak, but since has become the flagship for the experiment that might change how all future movies are released.

“Onward” was released digitally for purchase on March 20, and more significantly, dropped onto Disney+ on April 3, less than a month after its release in theaters.

To drop such a major theatrical film on a streaming service so soon after release is unprecedented, but if proven to have significantly boosted Disney+ subscribers, many future films could see distribution models like this, making more revenue from increased subscriber counts on their streaming service than they could’ve made at the box office.

The theater release model is still too lucrative for blockbusters like “Black Widow,” so industry-wide changes are unlikely. But for smaller films, direct release onto streaming services instead of movie theaters, following the Netflix model, could be how studios make their movie money in the future.

“Onward” is a crowd-pleasing, emotionally touching film inspired by director Dan Scanlon’s loss of his father at a young age that embodies all the cliches of Pixar films, positive and negative.

Set in a fantasy world that has become modernized, where unicorns have become like trash-scavenging racoons and people have forgotten how to use magic in exchange for modern conveniences, the Lightfoot brothers Ian (Tom Holland) and Barley (Chris Pratt) set out on a quest to cast a spell that will let them spend one day with their deceased father.

The two elves make a standard, yet workable duo, with the younger Ian being timid and full of fear, while the older Barley is brash, fearless, yet often overconfident. Their dynamic drives the movie forward, along with their interactions with the sentient legs of their father, the result of a failed spell to bring him back from the dead earlier in the film.

Here we can find the usual Pixar-branded pulling of heart-strings as Ian reflects on his life without a father since a young age and Barley confronts his inner fear of being a screw-up, with both of them growing together and finding the true value of their relationship.

While the film is truly touching at times and quite funny, often from setpieces like a car chase with a pixie fairy bike gang, or the interactions between their mother Laurel (Julia Louis-Dreyfus) and The Manticore (Octavia Spencer), it translates to a typical coming-of-age quest, in which the true belonging that the characters are seeking were right in front of them the entire time.

Still, Pixar really has pushed technology forward, with each film becoming more photorealistic in some aspects than the last, from Ian’s hair moving in the wind, to the dust trails left behind by their centaur step-dad’s galloping.

The world the film realizes is quite amusing, as well, displaying a unique combination of fantasy tropes with typical American life that set the stage for many a good background joke, such as the Burger Shire restaurant proudly proclaiming that it now serves second breakfast, a reference to “The Lord of the Rings.”

All in all, “Onward” is a good film but is very much a typical Pixar release, ironically deviating from the golden standard that Pixar has prided itself on, as it has released classic after classic, with “Inside Out,” “Coco” and “Toy Story 4,” in recent years.

The distribution of “Onward” on Disney+ isn’t an isolated event, though, with the recent announcement that “Artemis Fowl,” an adaptation of the famous fantasy young adult book series, would be coming to the platform on June 12 instead of being released in theaters.

With every aspect of American society seemingly upended currently, what happens next is unclear. In recent years, smaller films have been struggling in theaters. If this accelerates their migration to streaming platforms and guarantees their future production and consumption, perhaps that’s what the industry needs.

Film is about the movies themselves, not how we experience them. The movie theater might not be as central going forward, but as long as films continue being made and people still get to see them, the artform can continue to go onward.