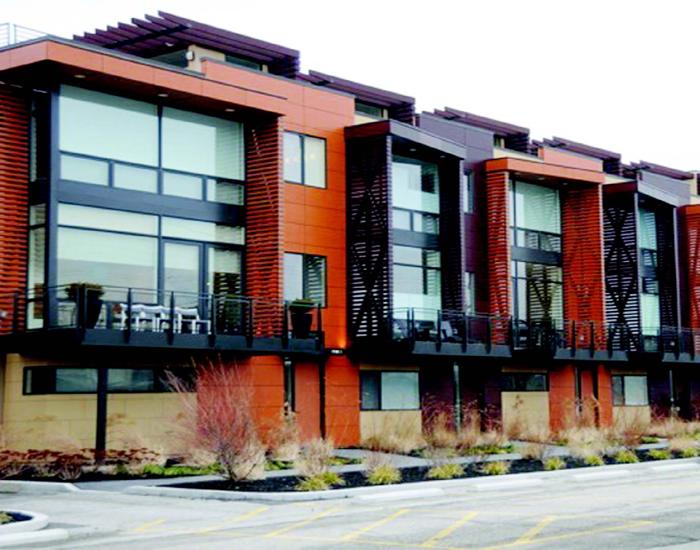 In the midst of the chaos of finals, a group of about 30 community members gathered at Ford Auditorium on Dec. 7 to learn about the latest endeavors of Case Western Reserve University and the greater Univeristy Circle area.

The audience in attendance at the “community dialogue meeting” included residents from the neighborhoods of Little Italy, Coventry, East Cleveland, and surrounding areas, as well as business professionals and contractors involved with University Circle projects.

The vast majority of the dialogue focused on the new building projects around the campus and the circle, but the first part of the discussion tackled the ways in which CWRU students reach out to the community.

In an opening introduction to the meeting, Latisha James, director of the CWRU Center for Community Partnerships, said, “Case Western is recognized nationally and globally for our commitment to making a difference in the community.”

James went on to discuss community-focused programs such as the Horizon Program, a six-week program where high school students can shadow CWRU pre-med students, and a recycling technology program in which 6300 pounds of computer equipment has been donated to community nonprofit organizations.

She also discussed the capital the university donates to the community, including $11 million given to the Cleveland Metropolitan School District.

The next part of the presentation covered CWRU campus construction projects, including the Milton and Tamar Maltz Performing Arts Center, the Wyant Field House, and the Tinkham Veale University Center.

Some community members reacted negatively to the fact that the architects for many of these projects were coming from outside the greater Cleveland area. Joanne Brown, the director of Planning, Design and Construction at CWRU, defended the choice in architects, saying “The selection [of the architects] is done by a selection committee and is not the decision of one person.”

Unconvinced, a local architect present at the meeting argued that the Cleveland community could have used the multi-million architecture job, considering the “60 percent architect unemployment in Cleveland” and that local firms were more than qualified for the projects. Brown responded that the architect used for the field house was the same one who designed the rest of the Village at 115 complex, and further emphasized that those designing the other projects were selected by a committee.

In addition, a planned seven-to-ten-month research project, which involves the construction of a temporary solar field, was announced. The solar field will be located on the West side of the CWRU campus.

The remainder of the program discussed construction projects occurring in University Circle unaffiliated with the university.

Joe Mazzola, the director of Community Development for the city of East Cleveland, covered the projects underway in his area. “East Cleveland should have never fallen as deep as it did,” he said. But he emphasized that a renewal was being undertaken by East Cleveland’s mayor, Gary Norton.

According to Mazzola, the mayor of the city of about 18,000 has concentrated efforts on urban renewal closest to University Circle. The effort included demolition of abandoned houses on the four streets closest to University Circle, before moving to other parts of the city. East Cleveland has also pushed for the construction of more Circle East Townhouse properties, which are located on Euclid Ave.

Debbie Barry, vice president of Planning and Real Estate Development for University Circle Inc., opened her presentation with the announcement, “There was three billion dollars in projects over the 10-year span in Univeristy Circle.” Among the many projects are a Courtyard by Marriott hotel, which is slated for completion in 2013. The $30 million facility will be located on Cornell Rd. directly across from the Seidman Cancer Center.

Also in the works are renovations of two RTA Rapid stations, the Cedar/Univeristy station and the Mayfield station. As of now, only the Cedar/University project is financed. The $12 million dollar project is scheduled to be finished in 2014.

Barry also discussed the ‘Greater Circle Living Program,’ which helps employees of University Circle nonprofits pay for housing in Univeristy Circle and the immediate area by means of a $5000 forgivable loan. The goal is to promote the idea that Univeristy Circle is a great place to live and work.

In a final announcement, Barry discussed the possibility of a “Circle Walk” program. The program involves setting up approximately 40 signs throughout Univeristy Circle to educate passersbys on the history and architecture of the area.

The design for the signs also incorporates lighting into the potential fixtures to increase area safety.

Finally, Ari Maron from MRN Inc., the constructing group behind the Uptown project, spoke to the community about the continued progress of the project. Maron, who is in charge of development for the company, said that Uptown was designed to “create a lifestyle where people can live, work, and play in a mixed-use neighborhood.”

Maron said the Uptown project will include 114 residential units, a Verizon store, a two-story Barnes and Noble, and a 125,000-square-foot grocery store, among other retail and dining vendors. The first phase of the project should be completed in February or March 2012. As of now, all of the retail space in the Uptown project is sold out.