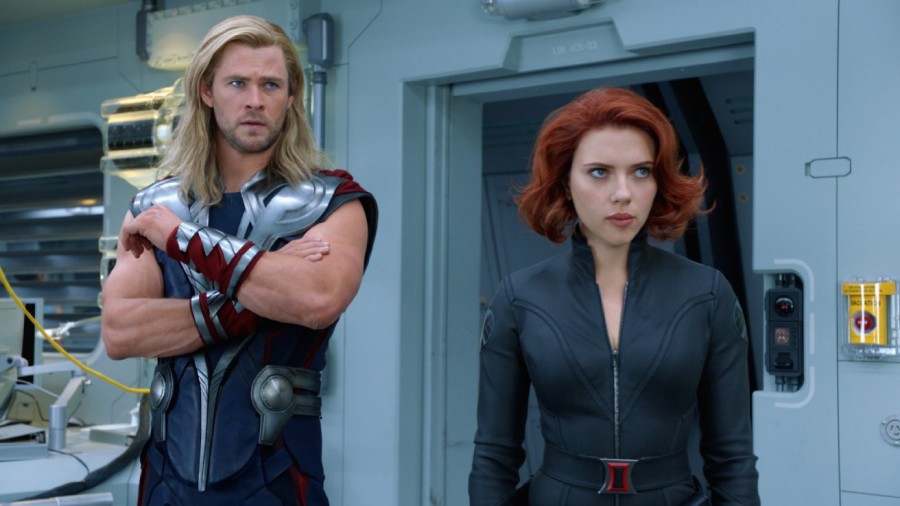 Chris Hemsworth and Scarlett Johansson in the 2012 film, Marvel's The Avengers.

As a movie fan of many genres and types of movies, from historical to animated features, award shows can be a fun thing to look forward to annually. The Academy Awards, one of the “biggest” movie awards, has come under criticism for its continual lack of diversity, specifically in its all-white actor nominations and movies where most of the casts consist of white actors.

Finally this year, the Academy recognized the problem and said it will attempt to add more diversity next year by trying to branch out their membership. The president of the Academy, Cheryl Boone, stated that they have changed in the previous four years, but not quickly enough.

She also maintains that this kind of immense change is not unprecedented. She has previously stated, “In the 60s and 70s it was about recruiting younger members to stay vital and relevant. In 2016, the mandate is inclusion in all of its facets: gender, race, ethnicity and sexual orientation.”

There are a multitude of problems surrounding race and society in the Oscars, and the Academy itself. What’s most disappointing, however, is the fact that it has taken this long for there to be so much backlash against the long standing respected awards ceremony and for serious change to even be considered.

The diversity problem within the Oscars is about more than just not being representative of all races, it is also about the types of movies and how the awards are not reflective of what people actually watch and discuss. Popular movies like Marvel’s “The Avengers” and “The Hunger Games” series are never even considered seriously.

Yet, even if Hollywood’s biggest movies were nominated, there is little to no diversity in them either. So how do you fix the problem of inherent racism within one of the biggest industries in America? Not easily, but that does not mean that we stand back and continue to watch awards ceremonies and movies that are completely unrepresentative of so many people.

One way to invoke change is to boycott the Oscars; many celebrities such as Spike Lee and Jada Pinkett-Smith have called for this. However simply not watching an awards show that many people do not see as representative of the movies they love and enjoy is not going to change the types of roles that people of color are offered and what is produced within Hollywood itself.

It is not going to change overnight, but being more vocal about the types of movies and television shows fans want to see produced can have a better change on diversity as a whole in screens.

What is most frustrating about the Oscars is that even Boone, the Academy’s president, recognizes that changes were made in the 60s and 70s to include younger members to stay relevant, yet they are just now focusing on being inclusive of all people.

This calls into question whether the Academy is truly trying to be inclusive of all races, genders, ethnicities and sexual orientations or if they are simply fighting to stay relevant as many movie fans tune out when their favorite actors and movies are not a part of the awards.

The lack of diversity remains a problem not only within the Oscars and the Academy, but Hollywood itself.

Abby Assmus is a graduate student at the Mandel School of Applied Social Sciences.