Out with the Old West, into the new 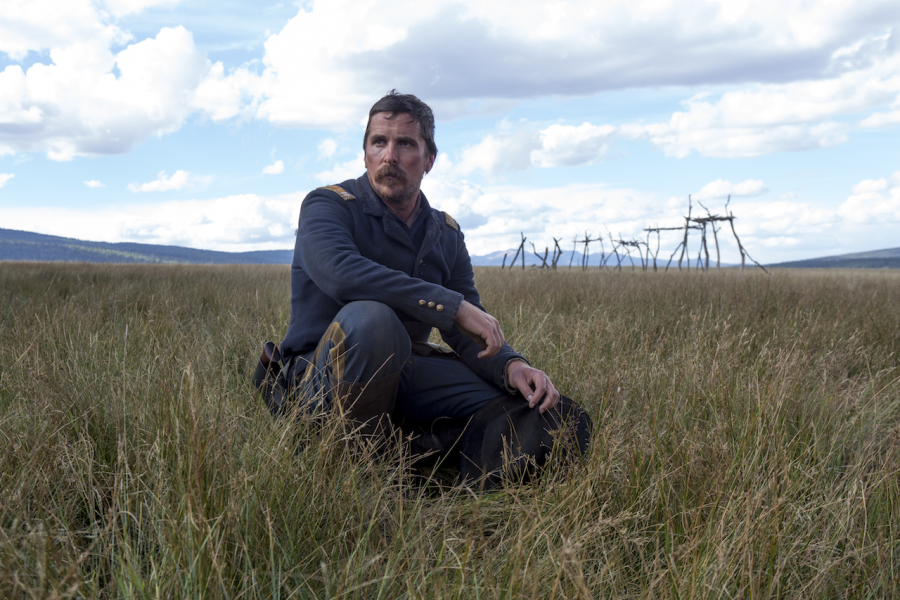 "Hostiles," with its star-studded cast, breathes new life into the Western genre.

Scott Cooper’s “Hostiles” is a Western film which had its limited release last December and was released worldwide on Jan. 26. It tells the story of Captain Joseph Blocker (Christian Bale), an American Army officer whose final orders before he retires are to escort a Cheyenne war chief, Yellow Hawk (Wes Studi)—a man who killed many of Blocker’s friends years earlier—and his family to their tribal lands in Montana.

Wrestling with his troubled history with Native Americans in the past, Blocker’s task becomes even more troubling when he takes grieving widow Rosalie Quaid (Rosamund Pike) into his care, and is then hunted by the Native American raiders who killed Rosalie’s family. It’s a poignant, emotional film which deals with complex issues of prejudice and violence, and questions many problematic aspects of the classic Western genre.

“Hostiles” is a breathtaking film in almost every degree. Its cinematography is something to be admired, as well as its vibrant colors, lighting and skillful sound editing. There is such a dark atmosphere present, but it is powerful, not overwhelming, and the filmmakers allow the viewers to breathe as they are shown expanses of beautiful scenery and plenty of exciting action sequences.

The entire cast gives powerful and convincing performances, and I believe Bale gives an award-worthy performance as Blocker. It’s also simply well-written, with visual storytelling that grips the viewer and realistic, riveting dialogue that sounds natural to the ear.

Movies like this remind me why Western films continue to impress people, even though the genre for all intents and purposes is dead. Whereas the classic Western reflects a value system that most modern-day viewers would find abhorrent, this film shows the potential for stories to explore and criticize these ideas.

The movie is a fascinating look at the conflicts between the United States and Native Americans in the 19th century. Starting out, it presents an interesting character arc for Blocker, who has spent much of his career hunting Native Americans, and sincerely believes that they are savages who need to be controlled. However, it does not present him as a villain for holding these negative views, and the film does a good job showing the different sides of what must have been a very complex and troubling issue during the time of the movie’s setting. It takes an issue a modern audience would see as black and white, and creates greys for the narrative to explore, and I respect it greatly for that.

For its excellent filmmaking and engrossing storytelling, “Hostiles” is, in my opinion, one of the best movies of 2018. It’s a captivating drama that deals with historical issues in a mature and unique way, and it does so through interesting characters and a story which does not shy away from the brutality, but also beauty, of human life.