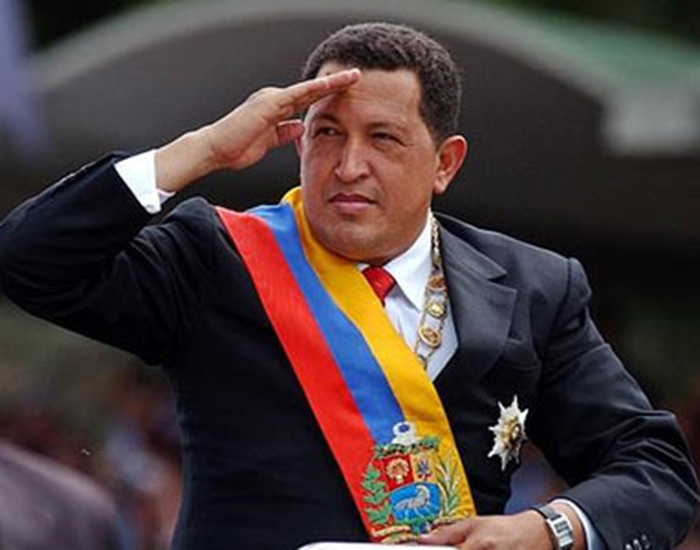 Leftist Nicolas Maduro narrowly captured the Venezuelan presidency after the death of Hugo Chavez (pictured above).

Nicolas Maduro won the Venezuelan election this past Sunday and will be taking over the last six years of Hugo Chavez’s presidential term. Chavez’s death from cancer on March 5 marked the start of the election. While Chavez handpicked Maduro to continue his legacy, the election was very close. Maduro’s opponent, Henrique Capriles Radonski, refused to accept the results, citing irregularities in the voting and demands a recount.

State Governer Capriles ran against Chavez last October, but failed to win the presidency. This time around, Capriles lost once again when he obtained 49.1 percent, compared to Maduro’s 50.6. Although some are concerned that this narrow lead will cause trouble for Maduro later in his term, others do not share this fear. Tibisay Lucena, head of the electoral council, said, “There are the irreversible results that the Venezuelan people have decided with this electoral process.”

When the results were announced, Maduro responded, “We have a just, legal, constitutional, and popular electoral victory.” Capriles, however, saw it differently and claimed, “We are not going to recognize the result until every last vote is counted, one by one. The big loser today is you, you and what you represent.”

Although Chavez strongly opposed relations with the United States, saying that his cancer was a U.S. plot to kill him, Maduro has indicated that he may not share his predecessor’s viewpoint. Maduro sent a private message to Washington through Bill Richardson, the former governor of New Mexico, who was in Caracas, Venezuela as a representative of the Organization of American States. The message, according to Richardson, was, “We want to improve the relationship with the U.S., regularize the relationship.”

According to The New York Times, supporters of Maduro have expressed concern that their newly elected leader does not have Chavez’s “sharp political instincts and magnetism.” Many are worried about his ability to lead effectively both in Venezuela and abroad.

On April 10, the Obama Administration proposed the 2014 budget. The budget focused on education in order to help the economy, enhance the middle class, and generally give all citizens of the U.S. more opportunities. Avoiding additions to the deficit, Obama’s budget invests $71 billion in flexible funding for the Department of Education, which is a 4.5 percent increase from the 2013 fiscal year pre-sequester level.

U.S. Secretary of Education Arne Duncan said, “We must continue to build on the reforms already transforming classrooms around the country. Strategic investments in our educational system will not only provide more opportunities for millions of Americans, but they will strengthen our nation’s workforce as well.”

One specific education investment in Obama’s proposed budget is the Preschool for All proposal. This proposal aims to make excellent learning opportunities available to four-year-olds in low-moderate income households. It would invest $75 billion over 10 years in order to create partnerships with states and ensure that all students who are entering kindergarten are prepared.

“Preschool is one of the smartest and most critical investments we can make,” said Duncan, “By getting our children off to a strong start, we not only increase their individual chances for lifelong success, but also ensure our entire nation is on the path to a strong future.”

Within the Preschool for All proposal, Obama hopes to further the K-12 reform agenda by investing in teachers and leaders, keeping schools and communities safe, redesigning the high school experience and increasing career readiness, making college more affordable and providing ladders of opportunity.

State representatives Robert F. Hagen and Mike Foley introduced the Ohio Health Care Plan on April 10. The plan, known as House Bill 121, aims to provide healthcare for all Ohioans and will be coupled with Senate Bill 104, which was introduced by Senator Mike Skindell. According to a press release from the senate, the combination of these two bills will “create a single-payer health care system that will extend full and comprehensive coverage to all Ohioans.”

Hagan said, “While the Patient Protection and Affordable Care Act is a positive step toward greater healthcare reform, the federal legislation does not go far enough. Only through a single-payer system can our state rein in the skyrocketing costs of healthcare and establish an equitable system that provides universal access to quality healthcare, dental care, and vision services.”

Under this legislation, all Ohioans will be able to choose their desired provider while being fully covered for necessary health services anywhere, like outpatient services, prescription drugs, medical supplies, and medical transportation. Additionally, all of the offered services will be accessible without copayments or deductibles regardless of the patient’s income or employment status.

“This bill has become more important considering the recent action by House Republicans,” said Foley. “While we’ll continue to fight for Medicaid expansion, it’s important to consider the next step in ensuring all Ohioans have access to healthcare whether they can afford it or not.”

Fairview School in West Plains, Mo. has announced that some of their staff has been trained to carry concealed weapons during the school day. For the most part, the parent reaction was positive. Fairview is not the only school that is taking an active approach after the shooting in Newtown, Conn. Other schools have hired armed guards or introduced buzzer systems at their doors.

The Fairview school employees completed a 40-hour course over spring break last month with a company called Shield Solutions. The training was paid for by the school and included both firearm lessons and situational drills. Each employee was required to complete a background check, a drug test, and a mental evaluation. These checks, as well as firearms training and recertification, will need to be renewed annually.

The community surrounding Fairview School is well accustomed to weaponry. The residents in the area are part of a hunting culture and often begin to pursue a variety of game such as deer and turkey at an early age. Sherri Roy, a resident of the area and mother of four children in Fairview School, said, “If I didn’t know anything about guns, if I wasn’t raised with it, I’m sure I would be more uncomfortable. But in this area guns are pretty much a normal, everyday part of your life.” Others, however, are not as fond of the idea. Karen Moffis, the principal of nearby Glenwood School, said, “Traditionally in this area, schools have already been a very safe and welcoming community. Nobody’s ever thought about needing [guns] at school.”

Another leak at the Fukushima nuclear plant in Tokyo has halted the process of removing contaminated water caused by a previous leak from the plant. This second leak is located in the pipes that move the water to above-ground storage containers. According to The New York Times, Tokyo Electric Power Company (Tepco), the operator of the plant, found nearly six gallons of water that had leaked from a junction where pipes were supposed to be sealed together to transport water from one storage pool to another.

The nuclear waste transported in this plant comes from the attempts to cool reactors at the Fukushima Daiichi plant, which was damaged two years ago by an earthquake and a tsunami. Tepco is currently trying to find somewhere to store the large amounts of water while the leaks are fixed.

This newest leak will cause Tepco to postpone water removal from the second storage pool for multiple days while the pipe junction is fixed. The first leak that originally caused the water removal to be necessary has spilled over 32,000 gallons of radioactive water and continues to leak. These problems only add to the concerns that citizens have about Tepco’s ability to safely manage the nuclear plant. As the plant has seen other incidents, these concerns do not appear to be completely unfounded. A power outage of vital cooling systems occurred last month when a rat short-circuited part of the plant’s electrical system. The damage should be repaired before any further leakage occurs.