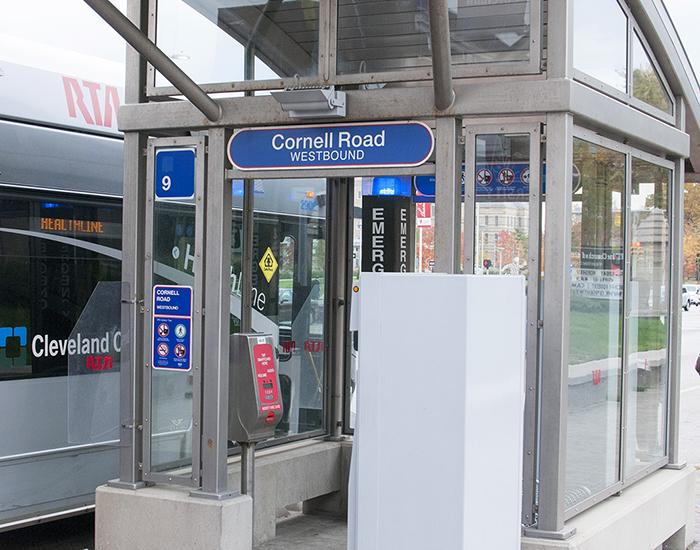 Arlen Specter spent over 30 years in Congress as a senator. He is well known as the man who, at the end of his term, suddenly switched from Republican to Democrat. Specter died this past Sunday at the age of 82.

His death, which was preceded by months of sickness, was ultimately caused by complications due to his non-Hodgkin’s lymphoma. Specter had suffered from two other cases of Hodgkin’s disease, but fought through both, overcoming a brain tumor, bypass surgery, and cardiac arrest. He even wrote a book about his battles with disease called “Never Give In: Battling Cancer in the Senate.”

Specter’s death elicited many reactions around the country. Former president George W. Bush commented, “Arlen Specter loved our country and served it with integrity for three decades in the United States Senate. Laura and I appreciate his contributions to American and are grateful for his many years of public service.”

Specter was the subject of many public criticisms throughout his time in Congress, which began in 1980. He played an instrumental part in defeating president Bill Clinton’s national health care plan, in the investigation of Gulf War syndrome, and in advocating for increased funding for stem-cell research as well as breast cancer and Alzheimer’s disease research. Specter once even attempted to run for president, but his lack of funding quickly took him out of the race.

His party loyalty switched in April 2009 due to being “increasingly at odds with the Republican philosophy.” Prior to this change, Specter was one of only three Republicans in Congress who voted for president Barack Obama’s economic stimulus bill. Specter, who was up for re-election in 2010, knew that his chances of defeating his opponent were slim.

However, many seem to agree with Bush’s sentiments about Specter. Harry Reid, the Democratic Senate Majority Leader, believed strongly that the U.S. was a better place because of Specter. Reid said, “He will be dearly missed. I followed Senator Specter through his previous illness, during which he displayed great physical strength and strength of character. Senator Specter was always a man of moderation; he was always passionate, but always easy to work with.”

A Greater Cleveland Regional Transit Authority bus was stolen early Thursday morning by a 16 year-old male. The bus traveled approximately five miles before it was stopped and the male was arrested. Fortunately, the bus showed only minor damages in the form of a cracked window and a smashed mirror.

The bus was stolen from the RTA maintenance facility at 2500 Woodhill Road, where the 16 year-old was caught on camera. It remains unknown how he was able to start the bus’ engine. “There are no keys. It’s an intricate series of buttons,” said Mary Shaffer, RTA spokeswoman.

The stolen bus was noticed at 5:43 a.m. by an RTA supervisor. The bus was parked close to E. 12 Street and Superior Avenue. The RTA police, who then turned him over to the Cleveland police, took the teenager into custody.

“Nobody has ever heard of anything like this happening here before,” Shaffer told The Plain Dealer. “We’re looking at this incident in hopes of preventing anything like this in the future.” The RTA is still investigating the security breach.

A cell phone video was recently discovered and went viral on the Internet showing an altercation involving an RTA bus driver and a female passenger. After an argument and a physical struggle incited by the woman, the driver got out of his seat and punched the woman in the face. The woman was eventually removed from the bus.

The woman then reentered the bus and the two continued to fight until passengers broke them up. RTA officials first saw the video this past Thursday, but believe that the footage was from mid-September.

Mary Shaffer, RTA spokeswoman, told The Plain Dealer that when the driver was identified, he was immediately “suspended and removed from duty.” She continued, saying, “His behavior is completely unacceptable. RTA apologizes to our customers for this incident.”

The investigation of this incident is still ongoing and the names of the driver and passenger have not yet been released.

Record-Breaking Skydive is a Success

Above Roswell, N.M., Felix Baumgartner jumped out of an aircraft and fell 24 miles, or 128,000 feet, to the ground below. Baumgartner, an extreme athlete, can now say he was the first man to complete a supersonic skydive. The dive was originally supposed to take place on Monday, Oct. 8, but it was called off due to gusty winds.

Baumgartner traveled to his release spot in a pressurized capsule attached to a 55-story ultra-thin helium balloon. Because his jump height was over three times the average jetliner cruise height, he was expected to reach 690 miles per hour, which is approximately the speed of sound, and ended up reaching over 800 mph.

The mission was not without risk. If Baumgartner had contacted the capsule in any way when he jumped, he ran the risk of tearing his specially designed pressurized suit. If there were a tear, he would be exposed to an extreme lack of oxygen and temperatures below minus 70 degrees. This could cause bubbles to form in his bodily fluids, which could be deadly.

However, Dr. Jonathan Clark, Baumgartner’s medical director, had assured reporters that the pressurized suit would protect Baumgartner from the shock waves generated by breaking the sound barrier. Furthermore, since the jump was a success, NASA can now begin designing spacesuits that would protect astronauts in the event that they need to escape from an aircraft at 120,000 feet.

Over 30 cameras, sponsored by energy drink company Red Bull, recorded the actual jump at Baumgartner’s request. Baumgartner landed safely in the New Mexico desert approximately nine minutes after his departure from the capsule. His free-fall lasted for 119,846 feet and broke three records, two of them being breaking the sound barrier and having the highest skydiving altitude record.

Baumgartner had done two practice jumps within the last five years, one from 15 miles and the other from 18 miles. He has pledged that this would be his last extreme altitude jump.