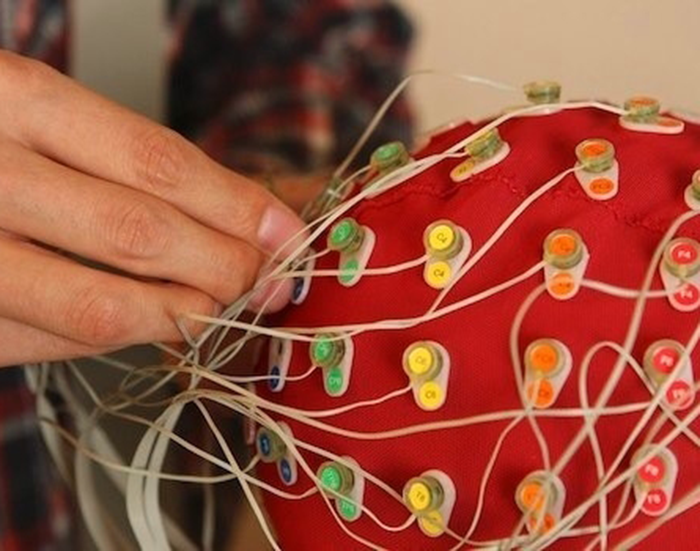 President Barack Obama plans to invest $100 million towards the Brain Research through Advancing Innovative Neurotechnologies (BRAIN), which aims to map the human brian. This project will allow researchers to develop new technologies, which hopes to open doors to understanding how the brain works.

On Tuesday, Apr. 2, President Barack Obama described his plan to invest $100 million towards the 2014 plan to map the human brain. According to Time magazine, the project, called the Brain Research through Advancing Innovative Neurotechnologies (BRAIN), aims to develop technologies that would record interactions between nerve cells and the complex network of circuits that make up the human brain. Hopefully, the information gathered from this research will assist scientists in learning about the mechanisms of Alzheimer’s disease, Epilepsy, Autism, traumatic brain injury, and many more, allowing for the creation of new treatments.

The $100 million being donated to this project will come from the National Institutes of Health, the Defense Advanced Research Projects Agency, and the National Science Foundation. The White House press secretary said, “The BRAIN initiative will accelerate the development and application of new technologies that will enable researchers to produce dynamic pictures of the brain that show how individual brain cells and complex neural circuits interact at the speed of thought. These technologies will open new doors to explore how the brain records, processes, uses, stores, and retrieves vast quantities of information, and shed light on the complex links between brain function and behavior.”

On Tuesday, North Korea announced that all of its nuclear facilities, including its operational uranium-enrichment program and its reactors, will be used to increase its nuclear weapons arsenal. According to The New York Times, the announcement came from North Korea’s General Department of Atomic Energy two days after Kim Jong-un, the leader of North Korea, said that he wished to expand the country’s nuclear arsenal in “quality and quantity.”

It is believed that the nuclear reactor in Yongbyon will be restarted. The reactor used to be the main source of plutonium bomb fuel for North Korea until it was shut down in a nuclear disarmament deal with Washington in 2007. In the past, the reactor was known to generate enough plutonium for six to eight bombs.

Hong Lei, spokesman for the Foreign Ministry, said that China, North Korea’s main ally, was concerned about the North’s announcement. “We have noticed the statement made by the Democratic People’s Republic of Korea and feel regretful about it.” However, China also encourages all parties involved “to remain calm and restrained.”

Kim’s speech was published in “Rodong Sinmun,” North Korea’s newspaper. According to The New York Times, the goal behind this action was to make the country’s possession of self-defense nuclear weapons permanent. In part of his speech, the leader of North Korea said, “Now that we have become a proud nuclear state, we have gained a favorable ground from which we can concentrate all our finances and efforts in building the economy and improving people’s lives based on the strong deterrent against war. We must not focus all our resources on building an economically strong nation.”

The Supreme People’s Republic, North Korea’s form of Parliament, created a law on Monday that aimed to “take practical steps to bolster up the nuclear deterrence and nuclear retaliatory strike power both in quality and quantity to cope with the gravity of the escalating danger of the hostile forces’ aggression and attack.” The law also states that North Korea may consider “nuclear proliferation” if relations with hostile nuclear weapons states improve.

21-year-old Shain Gandee, reality television star, passed away last Tuesday. Gandee was found dead with two other individuals in a vehicle that had been partially submerged in mud in the Sissonville area of West Virginia. Thirty-one hours prior to the vehicle being found, Shain Gandee, along with his uncle, David Gandee, were reported missing. The two told family members that they were going four-wheeling in Shain Gandee’s 1984 Ford Bronco at 3 a.m. Sunday morning.

MTV, producer of the show “Buckwild,” said, “we are waiting for more information, but at this time, our main concern is for the Gandee family and their friends. Our thoughts and prayers are with them. Shain had a magnetic personality, with a passion for life that touched everyone he met and we will miss him dearly.” The exact reason behind the Gandee deaths is still unknown.

Richard Griffiths, the actor who starred as Vernon Dursley in the “Harry Potter” movie adaptations, passed away Mar. 29 due to complications from a heart surgery. Griffiths was 65-years-old. Griffiths also played Uncle Monty in the movie “Withnail and I” and acted in the play “The History Boys.” The play achieved two Tony Awards and was turned into a movie in 2006.

Griffiths was born in North Yorkshire. After his primary education, he studied in the Royal Shakespeare Company. From there, he started a television career in series such as “Minder,” “The Sweeney and Bergerac,” “Chariots of Fire,” “Superman II,” and “Gandhi.” Sir Nicholas Hytner, director of the National Theatre, said, “Richard Griffiths wasn’t only one of the most loved and recognizable British actors – he was also one of the very greatest.” Hytner continued, “His anecdotes were legendary. They were, literally, endless. They would go on for hours, apparently without destination, constantly side-splitting.”

Griffiths is fondly remembered by everyone who knew him. His sudden death was devastating for not only his friends, but his many fans. Daniel Radcliffe, who played the Boy Who Lived in the “Harry Potter” movies, said, “Richard was by my side during two of the most important moments of my career. In Aug. 2000, before official production had even begun on ‘Potter,’ we filmed a shot outside the Dursleys’, which was my first ever shot as Harry. I was nervous and he made me feel at ease. Seven years later, we embarked on ‘Equus’ together. It was my first time doing a play but, terrified as I was, his encouragement, tutelage, and humor made it a joy,” said Radcliffe. “In fact, any room he walked into was made twice as funny and twice as clever just by his presence. I am proud to say I knew him.”

Two prisoners, one of whom is awaiting trial on a capital murder charge, broke out of an East Texas jail on Tuesday morning. The two escapees, Brian Allen Tucker of Sulphur Springs and John Marlin King of Cumby, escaped the Hopkins County jail by fleeing through a recreation yard used by female inmates. CBS affiliate KYTX, reported that both men’s striped prison uniforms were recovered on the ground near the jail.

Tucker was supposed to go on trial for the murder of Bobby Riley of Mahoney. Riley was strangled in his home, and some of his personal belongings were stolen. Tucker was being held on $1 million bail for the 2011 murder. King was being held on an evading arrest charge. All schools in the Sulphur Springs area, where the prison is located, have been locked down.