Panaro: Down but not out

How Sanders’ consistent progressivism can win him the primary 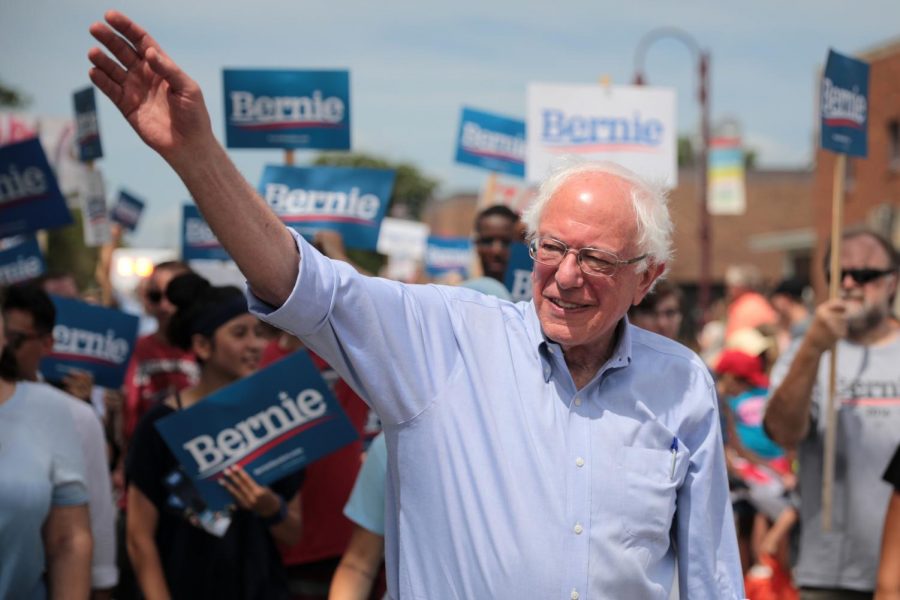 Despite Bernie Sanders’ prevalence in the 2016 election, many established news sources and politicians have discounted his contention for the 2020 Democratic Primary, citing his democratic socialist platform as the disqualifying factor. They have seemingly replaced him with Elizabeth Warren, D-M.A., whose ideas lean more moderate and are thus easier to digest. In reality, Sanders’s consistent, unique policies are extremely popular and can carry him to victory.

A Politico piece from Sept. 30 expands upon the notion that Sanders is in trouble. It claims he is quickly being defeated, as he nationally polls behind Warren and former Vice President Joe Biden. Further, the article argued that “Warren has eclipsed him as the progressive standard-bearer” of the election. Many similar arguments about Sanders’ poll numbers center around his consistent call for a political revolution, with critics suggesting that he has lost appeal this time around.

If anything, the opposite is true. Sanders’ consistent message over a decades-long career in politics evidences his incorruptibility and sincerity, traits appealing to most voters. We can trust his commitment to us over corporations, given the boldness of Sanders’ platform. His positions on Medicare-for-all, the minimum wage and banking regulations are to the left of most of his competition. Sanders’ ideas for eliminating medical debt and free public college surpass even Warren.

While the latest Real Clear Politics Poll may have him polling in third place, his 1.5-point deficit to Warren and 8.2-point deficit to Biden are definitely surmountable. This has more to do with a crowded field rather than a rejection of Bernie’s message. It is still too early in the process to really make any concrete predictions. However, sources like the Politico article paint a picture as if Sanders has no hope, when really he just needs time for his message to spread. Politico is just among the tip of the iceberg, as most major news networks discredit Sanders as a legitimate candidate.

Some politicians have taken it a step further, using ideological differences to count out entire movements. In a recent New York Times article, former President Obama was quoted as saying “the average American doesn’t think we have to completely tear down the system,” noting that the party’s vision has to be “rooted in reality.” This thinly veiled attack on leftist candidates like Sanders is predicated on the misconception only moderates can win general elections and that taking bold, “radical” stances on issues risks capitulating the election to Donald Trump. These “radical” stances, of course, being to provide health care, education and a livable wage to all Americans. This strategy, purporting that only moderates can win elections, infamously failed with Hillary Clinton, and figures like Obama have provided no evidence to suggest it would be different this election cycle.

In fact, there is evidence to suggest the exact opposite: that everyday Americans show strong support for Bernie’s ideas. An August 2018 CNBC article cites Medicare-for-all as having 70 percent support among all Americans, with only 20 percent saying they oppose the idea. Additionally, the Hill reported in January that 55 percent of registered voters said they’d support raising the minimum wage to 15 dollars per hour. And, as for tougher Wall Street regulations, 65 percent of Republicans are in favor, never mind the numbers for Democrats, of this, according to a recent Vox article. Sanders going left when other candidates go right is an attractive quality.

Sanders has been advocating for the same ideas long before his presidential campaigns, and now the general American public is catching on. Sanders is merely pushing the envelope of American politics in the direction it wants to go, toward people-oriented policies rather than ones continuing to support corporations and elites. Voters need time to learn about Bernie’s policies and recognize his commitment to economic justice, not have their minds made up by Politico or Obama. If anything, the Impeachment hearings have underscored the importance of making thoughtful, reasoned decisions about presidential candidates. In conclusion: don’t count Bernie out.