“Parasite” becomes 2019’s top grossing foreign film in the US 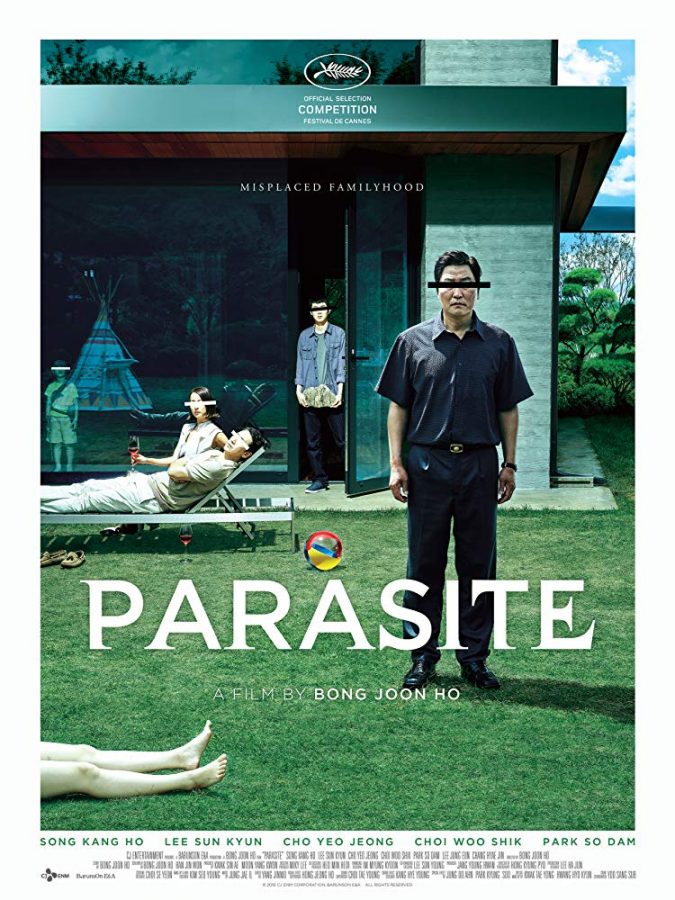 “Parasite,” directed by Bong Joon-Ho, offers an anaylsis of class structures, critquing how the relationship between the upper and lower classes is parasitic. Courtesy of Wikipedia

What begins as an ideal, impromptu opportunity to make a living for a teenage boy in South Korea evolves into a chaotic battle for two families, who represent the social class struggles within the country. Standing out in the box office, “Parasite” has become the highest-grossing foreign language film of the year in the U.S., where it has made $14.5 million and counting.

The film was highly anticipated among fans of director Bong Joon-Ho, who had previously received praise for his past films such as “Mother,” “The Host” and “Snowpiercer.”

The distinguishing feature of the film is its ability to blend dark comedy seamlessly with social commentary on issues facing the lower social classes. As members of Kim Ki-taek’s (Song Kang-ho) family intentionally replace the employees of the wealthy Park family, the audience can clearly see both the cleverness of Kim’s family, as well as their perseverance to help each other through difficult times. Many families watching the film can empathize with the Kim family, imagining what would happen if they were placed in a similar situation.

When asked to describe what he believes has made such a large audience resonate with the story, Bong struggled to find an answer, and said he is still searching for deeper understanding of the success.

Besides the theme of rich versus poor and the power struggles that come from that, the film dabbles with the concept of good and evil, blurring the lines of each character as they make mistakes. Regardless of the character in the spotlight, the audience is forced to think about intentions and consequences of the actions they play out.

Of all the consequences explored within the film, the audience experiences a rock bottom with Ki-taek, who is forced to take his family to a refugee center after a severe storm floods their semi-basement residence. Shortly after, the three of them, including his son Ki-woo (Choi Woo-shik) and daughter Ki-jeong (Park So-dam), are contacted by the Park family to attend a party they are hosting.

The visual portrayal of class division in the scenes surrounding this event are some of the best in the film. The stark differences between the living environment of the Park and Kim families is ever-pressing after the Kim family loses their home. Exploding sewage water from a toilet in the Kim’s residence grimly depicts the difficulties this social class faces, with threats to their homes and little funds to recover from such disasters. In contrast, the Parks bask in the sunlight that seeps through the glass walls of their luxurious home designed by a reputable architect.

The visual depictions of poverty further play out in the instances when the audience is taken underground to the basement of the Park’s home, which presents basement living as a defining factor of the lower class. Shots of the film from within the gray, dimly lit corridors are sure to remind the audience of the Kim’s similarly grim living situation.

With the incorporation of the basement within the Park household, “Parasite” makes a statement that connects it to its name, depicting the relationship between the two families as parasitic in nature, calling to attention the dehumanizing power that social inequality can provoke.