Parr: Theater is not “on demand” 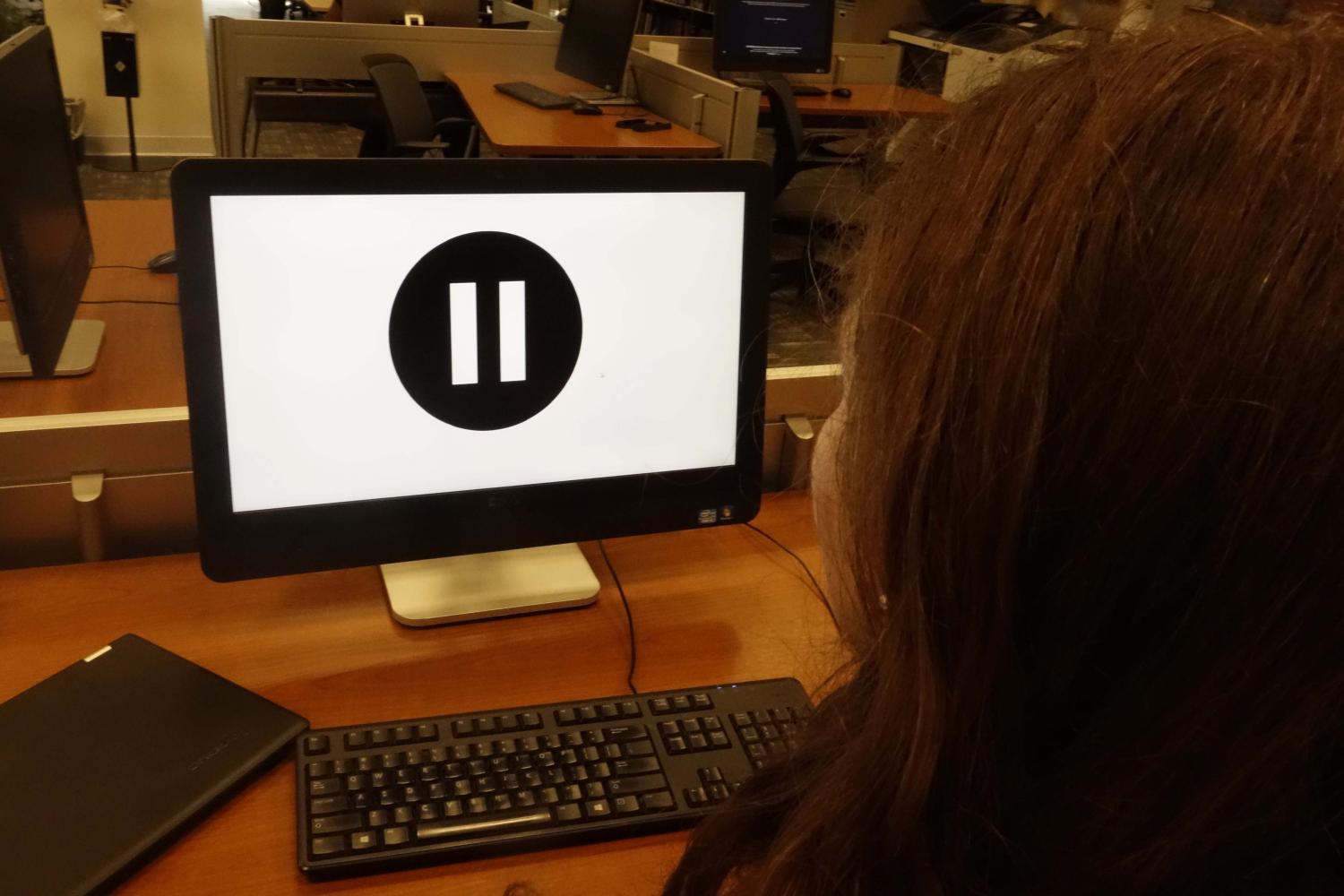 "I’m not saying I don’t enjoy “Family Guy” on demand as much as the next person, but it’s important to note the effects that constant binge-watching (and pausing) at our discretion—as well as immediate gratification—can have on our minds, emotions and actions in real life."

You don’t need me to tell you that some people act like they have never heard of the term “theater etiquette.” I’ve seen and heard some horrific things during live performances, but I want to examine an unfortunate fad that I’ve noticed increasingly often: leaving when performers come out to take their bows.

A few weeks ago, I went to a show in a park for which patrons must provide their own chairs. The number of people who attend is great, parking is a challenge and audience members don’t want to spend a half-hour trying to leave; this is understandable, as we all have busy lives we “need to get back to” even after being transported to another world for a few hours. But this does not excuse the rudeness that ensues.

The audience members around you would like to not be distracted and interrupted when showing their appreciation to the performers. And, contrary to popular belief, the people on stage know you’re leaving—they can see you, and performers’ emotions are real. I’m not saying that you need to give a standing ovation every time (in fact, I think you shouldn’t do that) but performers would like to be respected for the work they put into the show and what they did for you. Nevertheless, too many patrons either don’t know this, or, perhaps worse, know this but just don’t care anymore. This poses a severe human to human disconnect.

I think this selfish attitude development correlates with the frequency of on demand television. I’m not saying I don’t enjoy “Family Guy” on demand as much as the next person, but it’s important to note the effects that constant binge-watching (and pausing) at our discretion—as well as immediate gratification—can have on our minds, emotions and actions in real life.

This thought of, “Oh, I don’t have to pay close attention now, I can replay it if I hear the laugh track while looking down at my phone to see if I get anything out of it,” does not make our brains or attention spans work. Television used to be precious—TV was live and shows didn’t repeat. You’d have to pay attention and cherish moments and actually work your memory. Commercials might have even been considered a good mental break from paying close attention to a show.

I can’t tell you how many times on this campus I have heard friends say, jokingly as well as seriously, something along the lines of, “I have no life—all I do when I finish classes is come home to binge Netflix.” I think my worst pet peeve having to do with this is that we aren’t even using specific titles anymore; we literally only care that whatever we want is accessible at our fingertips with a click of a button. We don’t have to look through a TV guide, and we don’t have to pay attention to commercials.

When my dad was a kid, he had seven channels on TV, and reruns weren’t really even a thing. TV was precious, and you actually had to work to catch things the first time they happened. Now with so much on demand at our fingertips, our impatience, our desire for immediate gratification and the “multitasking half paying attention” attitude we give everything really should not translate to the theater. We are missing out on too much, making those around us miss out as well, and worst of all, disrespecting those who put their lives into entertaining us.

Furthermore, adults aren’t the only victims of on-demand culture. Let’s stop shoving screens down children’s throats to “distract them and make our lives easier” literally all the time, everywhere we go. They need to interact with—or at least see— real life as it happens in order to understand emotions and empathy. After all, who becomes adults and mostly continues behaviors and practices learned at a young age?

I used to play with dolls if my family and I were out at a restaurant. I would draw on the backs of paper placemats. I would play that paper football game with my dad. I understood the human experience because I was working with it and not simply watching it. I wasn’t simply getting bored with the same old thing and maybe linking that experience of watching endless Youtube videos to that of watching real people on stage.

With respect to society, academics and general health, we could all benefit from a longer attention span, whether it’s showing our respect to a lecturer, focusing on a lengthy math problem or testing our memory to keep ourselves on our toes (and maybe decrease our chances of getting memory-loss related diseases as we age).

I’m not saying that electronics are bad full stop,  but when we learn the assumption that content on electronics is the outlet that holds a mirror up to life, we fool ourselves and it is a disservice to all. A new school year is full of learning new things, and I challenge you to think hard about how much of the world you experience through a screen.

Sarah Parr is a second-year student and the Social Media Editor for The Observer.