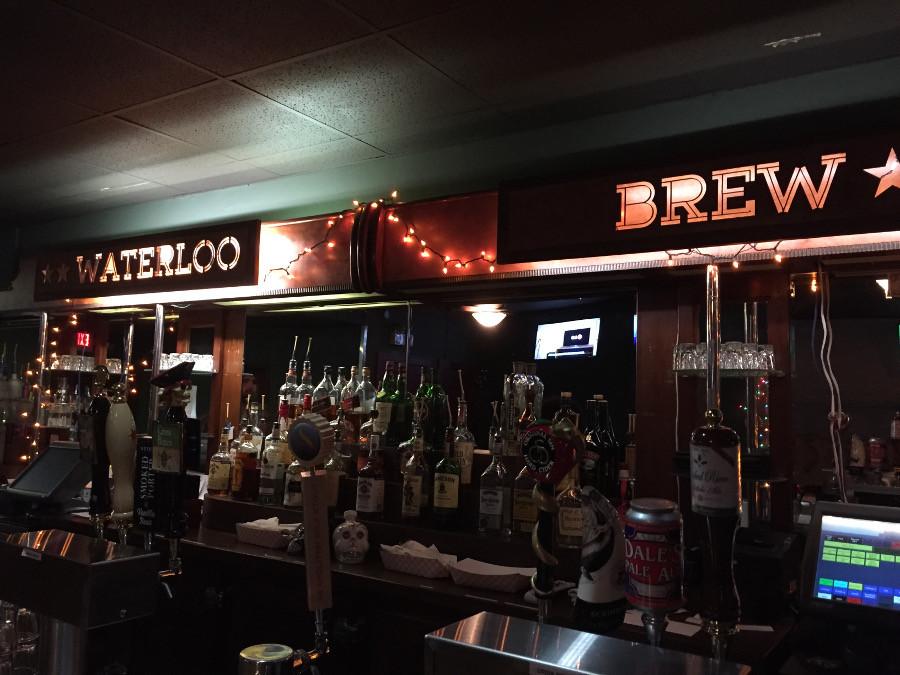 Near the Beachland Ballroom, Waterloo Brew offers a walkable choice for post-concert drinking into the night.

Roughly a year ago, I first began my exploration of the local craft beer scene. By the end of last academic year I had reviewed all the local Cleveland breweries.

Since then several new local breweries have popped up in actual Cleveland, not just the suburbs, and more are on their way throughout 2015. It is no surprise why the travel section of the Huffington Post just recently rated Cleveland as the number one beer city in America according to beer experts.

It is not only an exciting time for Cleveland beer drinkers, but Clevelanders in general, as more exciting enterprises continue to pop up and grow in this lovely metropolis.

And with that I pass the suds…

Imagine eating a mouth-watering Cleveland cheesesteak and sipping a craft beer before or after an amazing show at the Beachland Ballroom & Tavern. That dream is now a reality, thanks to the recently-opened Waterloo Brew a block away from one of Cleveland’s premier music venues.

Upon entering the brew shop on Martin Luther King Jr. Day evening, I was greeted by William Everett, former bartender at the Euclid Tavern (before it was Happy Dog). I sat down at the long, wooden bar, which stretched the entire length of the room, and noticed the faded yellow, red and green seats from the 1970s furnishing the room.

Unfortunately, Waterloo was out of its one house beer, the Waterloo Brew, which is an American Pale Ale brewed in collaboration with Platform Beer Co. of Ohio City. Instead, I tried one of their many guest beers, the Neapolitan Milk Stout. This beer was like drinking alcoholic liquid ice cream. It had a fantastic stout and bitter finish to it.

Waterloo Brew had a fantastic draft selection, which Everett explained is constantly rotating. The liquor selection was extremely extensive as well.

Everett and I both laughed, as Waterloo Brew reminded us both of the “old school” bar feel the Euclid Tavern also has.

I ordered the Cleveland cheesesteak sandwich, which is only $5 on Mondays. Each day, Waterloo offers one of their featured menu items for only $5. Several traditional Slovenian items appear on this hearty menu comprising of BBQ pork, kielbasa and Slovenian sausage.

I smiled as I watched the single kitchen staff member prepare this colossal sandwich in a tiny kitchen at the end of the bar. In minutes, this beast of a sandwich was in front of me, ready to be devoured.

The sandwich had juicy hunks of steak, which were slow cooked for 16 hours before being served between two large pieces of bread. The sandwich was drenched in housemade red pepper relish to give it a nice heated flavor. The sandwich was also filled with mushrooms, onions and, of course, nacho cheese.

As I wiped the cheese off my face from this non-beard-friendly sandwich, I was greeted by Nick Krankovich, manager at ABC Uptown, who explained that the same owners of all the ABC and XYZ bars and restaurants own Waterloo Brew.

Waterloo Brew will eventually have a large brewing system installed, which will provide in-house beer not only to Waterloo Brew, but also all the other ABC/XYZ bars.

The space was formerly the historic Slovenian Workmen’s Home. Krankovich explained that they preserved a lot of the heritage of the space, as can be seen by the large mural of a serene Mediterranean beach adorning the back wall. The main Slovenian home is still next door and as vibrant as ever.
Krankovich took me on a tour of this historic building, and I was amazed to find beautifully-preserved bocce courts in the basement. Waterloo Brew owners hope to start bocce tournaments soon. As an avid bocce player, I was rather ecstatic.

This brew shop will eventually have an outdoor patio over the summer, which will make it an absolutely perfect hangout spot when checking out a show at the Beachland.