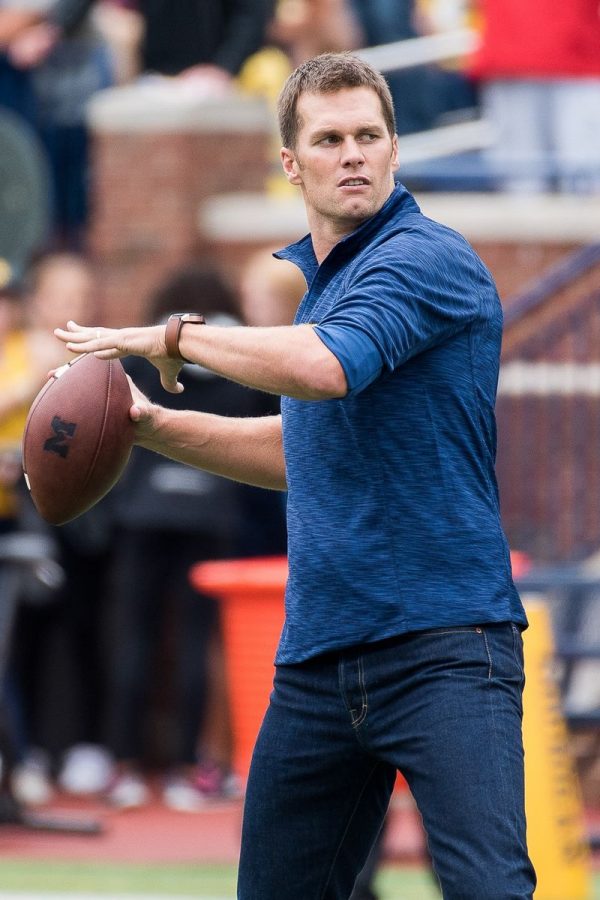 In what seems like an inevitable fact of life, the New England Patriots are once again playing in the Super Bowl. This time, they match up against the Los Angeles Rams, an up-and-coming team in their first Super Bowl since 2002, when they faced none other than the Patriots.

However, both teams enter the game with a sense of controversy surrounding their conference championship games.

The Rams played the New Orleans Saints. With a little more than a minute left in the game, the score was tied. The Saints were driving down the field, and in the red zone threw a wheel route to wide receiver Tommylee Lewis. While the ball was in the air, Lewis was leveled by Rams cornerback Nickell Robey-Coleman, an obvious pass interference and helmet-to-helmet hit. Yet, the referees did not throw a flag. The Saints then had to settle for a field goal, but with plenty of time left on the clock the Rams drove down the field, tied the game and eventually won in overtime. If the correct call had been made, the Saints would have had a first down and could have drained the clock and kicked a field goal to win. The NFL admitted to Saints Head Coach Sean Payton that the referees missed the call. That egregious noncall cost the Saints a trip to the Super Bowl.

In the AFC Championship Game, a questionable roughing the passer called on the Chiefs led to a go-ahead Patriots touchdown. While not as directly impactful as the no-call in the Saints-Rams game, it is disappointing to see referees miss easy calls in some of the most important games of the year. It is not as though these two calls were debatable—everyone, even the NFL, recognizes that these were incorrect calls. Now, the biggest game of the year has an asterisk next to it because of these missed calls.

But that is history now. The Rams and Patriots won the right to compete for the Vince Lombardi Trophy.

The Rams’ strength is on the offensive side of the ball. Led by the young genius head coach, Sean McVay, the Rams put up the second-most points per game in the regular season, 32.9. They boast a strong running game that averaged the third-most rushing yards per game. Running back Todd Gurley II leads the backfield, but recently-signed running back C.J. Anderson has played a crucial role in the playoffs. In both of the Rams’ victories in the playoffs, he has played a huge role for the team. As quarterback, Jared Goff has looked elite under McVay’s system, leading the Rams to the fifth-best passing offense this year. Supporting the offense is a stellar defensive line.

On defense, the Rams have arguably the best defensive player in the league in defensive tackle Aaron Donald. Donald is virtually impossible to block and requires a double team on every play. The Patriots will not let Donald have a good game; they are smart enough to do whatever it takes to take away Donald’s playmaking abilities. The rest of the Rams’ defensive line will need to step up to get pressure on Patriots quarterback Tom Brady. Brady’s effectiveness requires time to throw, so if the Rams don’t get frequent pressure, Brady will pick apart the defense.

The Patriots, on the other hand, don’t blow you away on paper. They have the fourth-ranked scoring offense, but other than that they don’t stand out in any one area. The same is true for their defense. But, the Patriots do have the two greatest assets in this game: Brady and head coach Bill Belichick. Brady is probably the greatest quarterback of all time. He just knows how to win games. The rest of the players on offense aren’t studs, but Brady makes them look like they are. He’s a quick and efficient passer who is exceptional at reading the defense and finding the open man.

Like Brady, Belichick just knows how to win. His gameplans are outstanding and will keep his team in the game no matter the talent disparity. The Patriots haven’t been perennial Super Bowl contenders by accident. The greatness of their coach and their quarterback shows every year, no matter how much fans claim that the Patriots are not as good as they were in years past.

In an earlier edition of The Observer, I predicted the Rams would win it all this year. I am sticking with that prediction. Although the Patriots undoubtedly have an experience advantage, the Rams have more talent across the board. McVay is a brilliant coach and will have his team ready to compete on the biggest stage. The Rams will get a key stop late in the game to win 31-27, bringing the Lombardi Trophy back to Los Angeles.