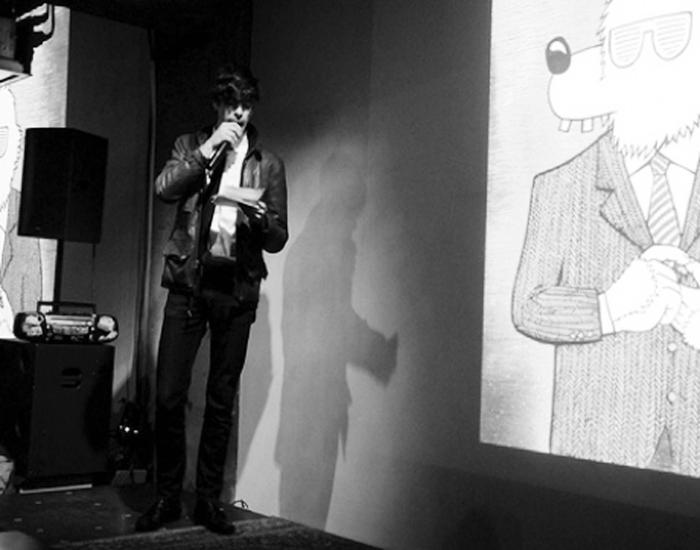 When was the last time a fortune cookie translated a Chinese phrase worth knowing? The single catchphrase that has been on many tongues as of late in Cleveland is PechaKucha.

What does it mean?

In Japanese it means “chit chat” or “the sound of conversation.” In the American pop-cultural sense, it refers to a relatively informal conference of young designers, entrepreneurs, chefs, artists, and other innovators that come together to each give a rapid, six-minute talk about their aspirations, their obsessions, and often how the audience can become more involved in the community.

The catch is that each speaker must go through 20 images projected on a large screen, spending roughly 20 seconds to talk about each one. It is a rapid-fire lecture, especially educational for those with A.D.D., and just as great for those without. Going to just one PechaKucha Night is a convincing argument for this style of communication, because it is fun, engaging, and a little bit spontaneous.

PechaKucha Night Cleveland celebrated the success of its 14th event this past Friday, Feb. 10 in the main ballroom of the House of Blues Cleveland. An estimated 450 people were present for the event, flooding into the hall to sit on either the velvet-lined balcony seats, the folding chairs placed in tight lines on the ground floor, on a stool at one of the three bars. The rest of the attendants crowded around the television monitors at the back of the room to watch the presenters. A low rumble, muffled laughs, and bits of conversation at times competed with lecturers’ voices, but overall the audience’s mood was profusely supportive of each speaker.

PechaKucha Cleveland events are usually held in a different location each time. Previous locations have included the lower level of the Detroit-Superior Bridge on the first day of this year’s Ingenuity Fest, on top of the Higbees building in downtown Cleveland, and at the century-old arcade on Euclid. Each setting gives the event a different feel and highlights the architecture and repurposing of space currently to be found in the city.

Among the presenters last Friday night was Jeff Finley, founder of the branding and design firm Go Media as well as the annual music and design festival Weapons of Mass Creation Fest. He gave a strong talk on the types of designs he loves as a graphic designer and who he is bringing to speak at Weapons of Mass Creation Fest this year (Johnny Cupcake among them), and all of his images were presented with his crisp, signature Go Media brand look.

Nicole McGee took a different approach to her talk, focusing mostly on the work that she does as an owner and founder of local holiday pop-up boutique Collective Upcycle. She emphasized that she wanted to start Collective Upcycle after she began making her own artwork and crafts out of scraps and recyclables that she found around her own home. She realized she knew many crafters like herself and connected with them on Etsy. She now runs a business called Plenty Underfoot, which primarily sells repurposed vinyl flooring and tiles as table art to reduce environmental impact.

Thomas Fox, a co-owner of one of Cleveland’s newest and hippest craft recording studios and Brite Winter Fest organizer, was also there. He told stories using illustrations that his friend Jesse penned for him in under 20 minutes each. He challenged the audience to judge which of his stories were true or false. Most stories were absurd, some were ambitious, and others were heartwarming, and with only a few exceptions, he told the truth in all of them to teach the PechaKucha community a little more about himself, his businesses, and what he likes to do.

Not all the speakers were environmental activists, businessmen, or creative visionaries. Some, such as comic book and cosplay model Freddie Nova, just had extremely interesting hobbies and jobs that appealed to a wide audience and made for some great photographs to show the audience.

The make-up of PechaKucha night was truly a hodgepodge of up-and-coming Cleveland 20-somethings, 30-year-olds, and a few veterans, all gathered together to listen, for free, to talks about the things they love most: art, design, and ambition. The talks were extremely entertaining and energizing. No one left PechaKucha Night without a smile and a feeling that they had made 13 new friends, about which they knew roughly six minutes’ worth of information.