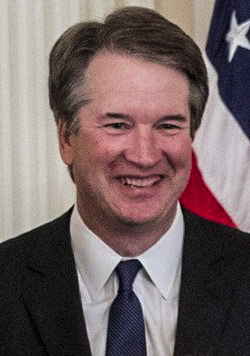 The Supreme Court of the United States is arguably the most important institution in the country. It dictates the legality of the law itself and represents the highest legal authority in the country. As such, Supreme Court nominee Brett Kavanaugh is an important man. His vote could cause some drastic changes for the country, especially in terms of the looming results of the Robert Mueller-led Special Counsel investigation.

His stances on key issues in our country are, to the say the least, interesting.

Starting with abortion, Kavanaugh’s personal background and statements are conflicting. He is a devout Catholic who frequently attends mass, but he says that Roe v. Wade is “settled law that is an important precedent of the Supreme Court that has been reaffirmed many times.” This stance definitely diverges from the traditional Republican platform. However, President Donald Trump is far from a traditional Republican, so I suppose that his stance aligns him with the present ideology of the executive branch.

Kavanaugh’s opposition to the ban may just stop there. In other words, he could be in favor of tighter regulations instead of just banning guns outright. Again, Kavanaugh’s stance on a key issue would diverge from the traditional conservative viewpoint.

His most interesting stance, and the one you should care about the most, is his belief in the precedent that a sitting president cannot be indicted or subpoenaed. This one directly pertains to President Trump’s situation and could play a key role in the progress of the Mueller investigation. On presidential authority, Kavanaugh has said that the Supreme Court, in 1974 in the midst of President Nixon’s Watergate scandal, were wrong to uphold a special prosecutor’s subpoena for President Nixon’s tapes. These tapes turned out to be the crucial evidence needed and effectively pressured the then-president to resign. He considers the president to be the chief law enforcement officer and that the ability to subpoena him undermines his authority.

Why is his viewpoint on this issue is the most important? Well, if Kavanaugh is confirmed, even in the wake of sexual assault allegations and his somewhat non-conforming views to the Republican platform, then this viewpoint can easily translate to an effective end to the Mueller investigation if it chooses to look into President Trump. It provides a proverbial legal—but not based in the Constitution, so really not that legal—shield for President Trump if Mueller comes knocking at his door looking for answers.

I do not believe that providing this shield is in the interest of the American people. If President Trump did put himself in a situation where he commited a crime, then that situation deserves to be investigated. To claim that the president, who is sworn to protect the law, is beyond the law is insane to me.

But it is out of our hands for now. We can only hope that our representatives will make the correct decision in regards to this matter.

David Pietrow is a second-year student pursuing a Bachelor of Science in computer science with a minor in applied data science. He was once hit by a bus, so if his reporting of the facts are a little off, please be forgiving.