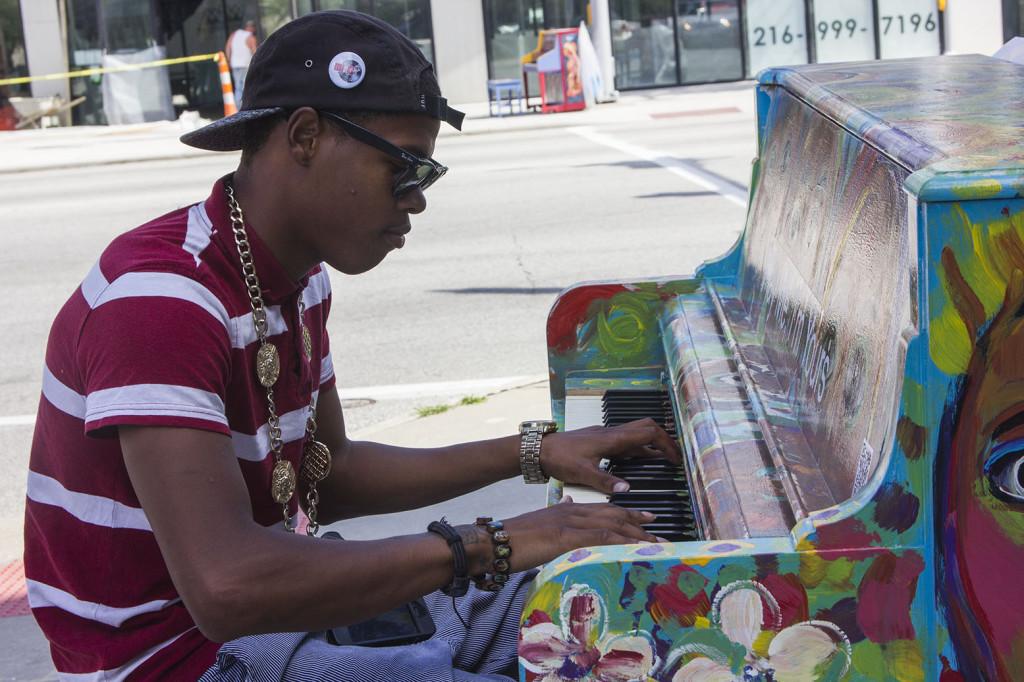 On July 18, music from pianos filled Cleveland after 25 of the keyed instruments were installed around the city for an interactive art project called “Play Me, I’m Yours”. While the pianos located in downtown Cleveland have since been removed, the 11 scattered around the Case Western Reserve University campus will remain available until Sept. 9.  The project is the brainchild of British artist Luke Jerram. It has been touring internationally since 2008 and has made stops in 40 cities across the globe.