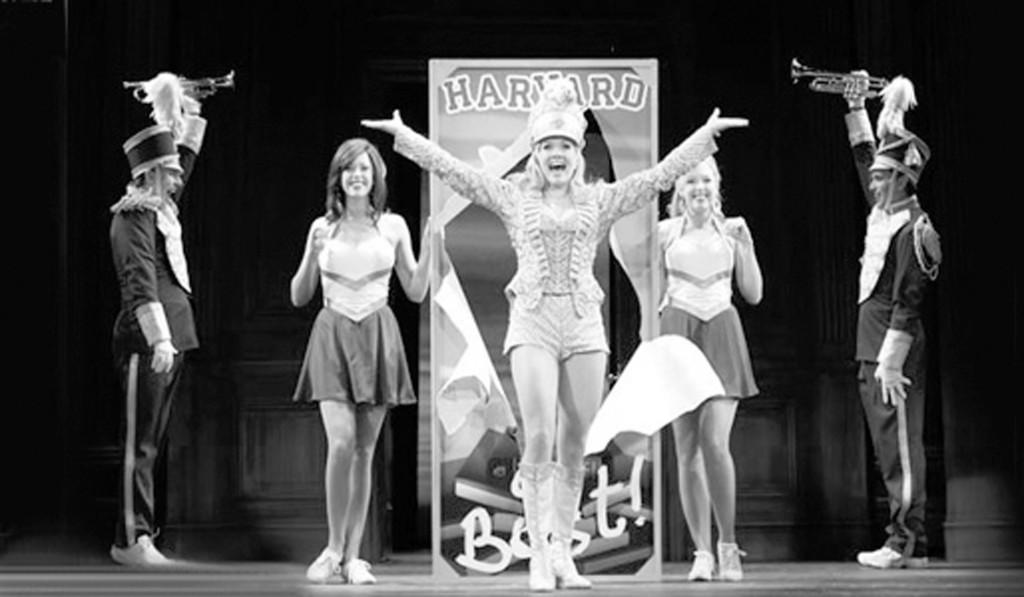 It’s not often that life gives you a second chance to enjoy something you’re fairly certain you’re going to hate. The year is 2008 and this critic has just received his press pass to Playhouse Square. So, imagine my surprise when the second show of that year, Legally Blonde the Musical, turned out to be a good, borderline-great show. But, there’s an underlying problem with this: I’m a normal, dateless guy, I hate catchy pop music and the color pink blinds me. Perhaps the novelty of seeing shows for free had biased my opinion. So two years and twenty shows removed from the first national tour I get an e-mail that Blonde was reappearing in Cleveland for a three show stand this past weekend and I could get two free seats.

My original review from ’08 calls Blonde “theatrical cotton candy” because it’s pink, fluffy and comprised of several strands loosely wrapped around a hollow, central premise of a ditzy debutante going to law school. Feminists beware, Elle Woods is enrolling at Harvard Law in hopes of renewing her romance with her dolt of a boyfriend, Warner. Elle then learns important life lessons: do the readings your professor assigns, sexual harassment is bad and wearing only pink will get you laughed at. Unless you change to conform to society’s standards, nobody will take you seriously.

One of the primary issues of the first national tour was the show lost much of its decadence from Broadway. The sets, which were significantly downsized between Broadway and the first tour, are the most compacted yet. But, this ends up being a good thing because the newly downsized set draws more attention to the actors and to the human aspect of the show than previously. The world has changed since the excess of the early 2000s that inspired the original movie, and this set does an appropriate job reflecting that.

As Elle Woods, Nikki Bohne does a respectable job in the central character’s role. The internal growth of Elle is much more fluid this time around, but she can still ditz it up for laughs when she needs to without detracting from Elle’s personal journey. One of the highlights of the show, the frenetic exercise-video-turned-showstopping-dance-number “Whipped into Shape,” sees the murder suspect Brooke Wyndham perform a high-octane jump rope routine. And yet, somehow, actress Shannon Mullen messing up during the jump rope number made it look more real and human than in earlier productions, subliminally imparting a degree of imperfection that was not present in her character before. However, Kahlil Joseph’s portrayal of Callahan, the professor who is a shark both inside and outside of the courtroom lacks the bravado and power that such a role demands.

For an escapist musical rooted in excess, Legally Blonde somehow seems more real this time around. Save for a very unfunny Sonia Sotomayor joke thrown in, Blonde will surely retain its place in the pantheon of populist, escapist musicals. Sitting next to me, my even more normal brother –a future PGA player – was seen laughing and enjoying himself. I entered the theatre with as much hate and doubt shoved into my heart as possible and yet, somehow Blonde became more enjoyable the second time. The secret to truly enjoying Legally Blonde is to enter the theatre with no expectations. That way, when confronted with the catchy music and the entertaining story, it becomes a truly entertaining diversion.