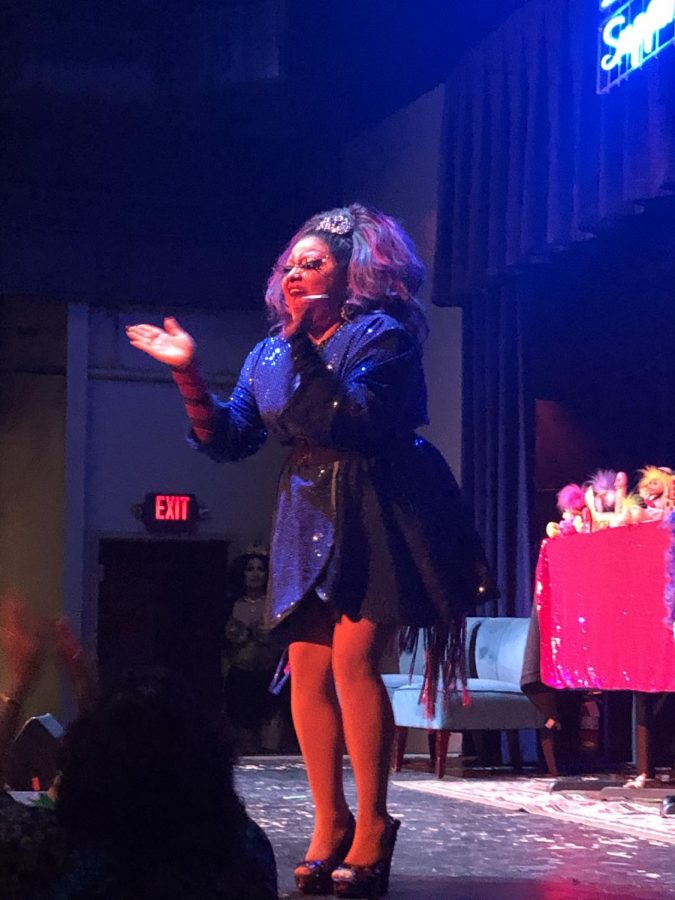 “If you must drink and drive, drive someone else’s car,” Drag Queen Veranda L’Ni announced to a hall jam-packed with bingo players. Laughter filled the dimmed hall as the 18+ crowd sat at the edges of their seats, waiting to hear the number they needed to win prizes that justified the age minimum.

Due to high demand, Music Box Supper Club hosted two showings of Prime Time Drag Bingo on the night of Feb. 1. As the name would suggest, this was not a typical show, as it not only featured drag queens performing, but also proctoring a game of bingo.

The first show began at 5 p.m., with the next one at 9 p.m. Despite performing two shows in one night, none of the queens held back. Drag Queens Peach Fuzz Kazel, Sassy Sascha, Kaydence Jayne, Natasshja Norielle and hostess L’Ni were full of energy and humor as they called out numbers and performed.

L’Ni took center stage to welcome everyone and kick the show off. She lip synced to “Waking up in Vegas” by Katy Perry, in a dazzling red robe. She had on a Mardi Gras-esque feather hairpiece that, coupled with her heels, gave her the illusion of being 8 feet tall. Halfway through the number, she took off the robe to reveal a glamorous, ruby red fringed dress. “Cleveland’s Tallest Drag Queen” did not disappoint in the stunning ensemble.

After her introduction, all the queens took the stage, introduced themselves and started the bingo game. The queens sprinkled in their raunchy humor with the number calling and the awarding of prizes. When the ball “B8” was called, L’Ni walked around in the audience and asked several people who they would like to “be ate” by. Joyous screams filled the hall when the queens’ favorite ball, “O69,” was called.

Shouting “BINGO” was an audience member’s ticket onstage to claim a prize and be embarrassed by the drag queens. Other than sex toys, they also gave away tickets to events at Music Box Supper Club, aquarium tickets, drag show tickets and certificates to stay at hotels.

If they were lucky enough to win a toy from Ambiance—or unlucky, if they were shy—L’Ni would make the audience member take it out of the bag and show the whole audience what they won. Since it was the earlier show, the audience consisted of many suburban moms, resulting in middle-aged women awkwardly accepting freaky novelty toys.

After several winners, there was a brief intermission, followed by another performance. Not a single performer disappointed; each was electrifying. L’Ni had a tiger bra on that everyone wanted to pet and Sascha gave a high energy performance in a sapphire robe that she took off to reveal a dress with pink and blue streamers.

Peach Fuzz served country realness when she performed to “9 to 5” and then “Baby I’m Burnin” by Dolly Parton. At first, she came out in a pink suit reminiscent of Elle Woods and then ripped that off to reveal a black and gold country dress. The dress’ low v-cut proudly revealed her chest hair, and the look was finished with her glitter-coated beard. Even for those who weren’t the biggest country fans, her performance was exhilarating.

Two of the craziest performances came from Norielle and Jayne. Norielle came out with hair that went out a foot in every direction. In an homage to Tina Turner, she danced to “Proud Mary.”

Knowing the song “Proud Mary,” the audience should have expected Norielle’s performance to go from slow to crazy. Her dancing was spectacular, and, at one point, her wig flew off. In response, she tore her wig cap off and fluffed out her natural hair, all while still dancing.

Jayne, on the other hand, is a vocalist, and performed Etta James’ “At Last.” Those anticipating to politely applaud what they assumed would be a mediocre cover had another thing coming. Jayne was a powerhouse with vocals that more than did the song justice. Everyone in the audience was left with goosebumps as she hit all the notes in a bubblegum pink, “I just killed my husband” robe.

After the queens’ acts, new cards were given out and the second round of bingo began. By the second round, the audience was really ramped up and the 21+ crowd was growing more intoxicated, thanks to Music Box Supper Club’s in-show dining service. L’Ni continued giving away comically large and outlandish toys.

Despite the highly sexual undertones of the event, the overall vibe was just a group of people there to have fun. All the queens were incredibly friendly, walking around and socializing with the audience before the show and more so teasing the bingo winners than trying to humiliate them.

L’Ni stood by the stairs where everyone exited to thank them for coming. There was a sense of genuine appreciation. For those looking to play a game that’s “not your church’s bingo,” Prime Time Drag Bingo is an exciting blend of performance, play and community. 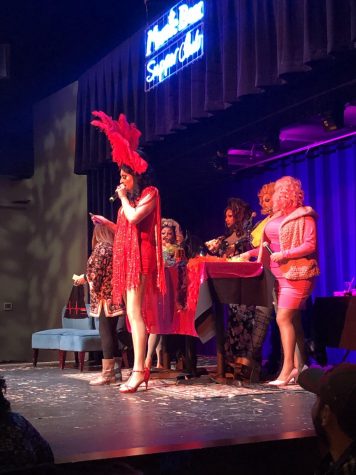 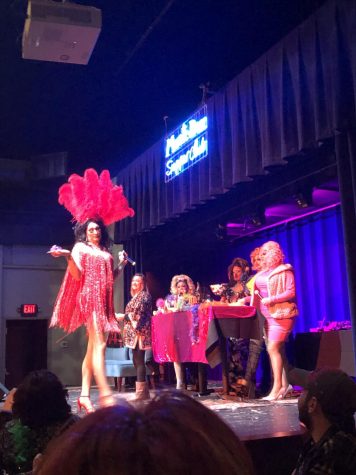