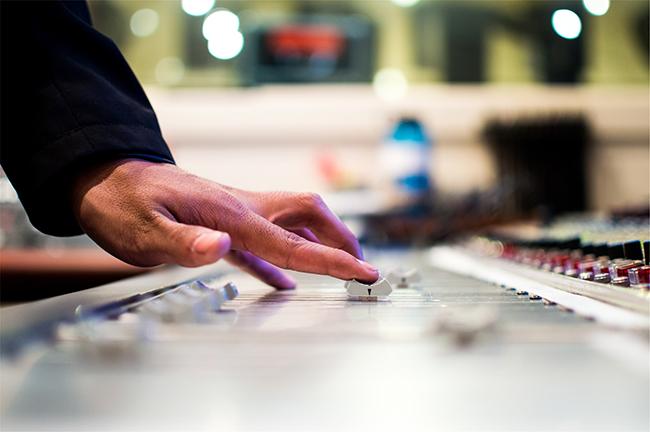 “Leaving Los Feliz”—Mark Ronson Feat. Kevin Parker
Before “Uptown Funk” burst into the scene, most people knew Mark Ronson as the guy responsible for Amy Winehouse’s “Back To Black.” Now, with a number one hit comfortably under his belt, the producer released his fourth solo release, the star-studded “Uptown Special” on Jan. 13. Kevin Parker of Tame Impala is one such guest artist, lending his psychedelic swagger to the standout cut, “Leaving Los Feliz.”

“Mr Noah”—Panda Bear
“Mr Noah” finds Animal Collective’s Noah Lennox in a class by himself, conjuring the type of deep, hypnotic electro-pop grooves we have come to know and love from Panda Bear. Don’t be scared by this track’s long, noisy intro; it is a rite of passage into sonic bliss. Look for “Mr Noah” on Panda Bear’s fifth record, “Panda Bear Meets The Grim Reaper,” released Jan. 13 on Domino Records.

“Let It Burn”—Jazmine Sullivan
The phrase “slow jam” goes a long way when asked to describe Jazmine Sullivan’s positively liquid “Let It Burn.” Sullivan’s crisp voice is undeniably the star of this ballad, having lost none of its potency or ferocity in the nearly five-year break the R&B star has taken from music. Returning with her third album, “Reality Show,” on Jan. 13, Jazmine Sullivan reminds listeners why everyone needs a little retro-soul in their life.

“Nothing Wrong”—Liam Hayes
Channeling the classic pop melodies of The Kinks and The Beatles, Liam Hayes serves up a scoop of pop perfection with “Nothing Wrong.” Indeed, with its muscular bass line and spiky keyboards, the only qualm listeners may have with this tune is that it’s over much too quickly. “Nothing Wrong” is the third track off of Liam Hayes’ latest, “Slurrup,” released Jan. 13.

“Long Night”—Guster
It’s tempting to view Guster’s newest album, “Evermotion,” as the sound of a band that has finally discovered electricity. “Long Night” shockingly finds the group trading in their patented combination of acoustic guitar and bongo for the modern indie-rock sheen of bands like Coldplay and The Shins. Recommended listening to get back in the habit of studying.

Retro Pick of the Week:
“The Obvious Child”—Paul Simon
A new year and the start of another semester are always cause for reflection, and the lyrics of Paul Simon are one of this writer’s personal favorite places to discover wisdom. “The Obvious Child” is an electrifying tune that finds Simon exploring the sounds of world music whilst at his songwriting best, urging listeners not to deny or regret the past, but instead to celebrate the feeling of being alive, especially in the present. In a year sure to be full of constant change and some disappointments, we would do well to heed Paul Simon’s advice.

Teddy Eisenberg is a third year programmer at WRUW-FM 91.1 Cleveland. He hosts The ’59 Sound, an exploration of rock music, every Thursday morning from 8-10 a.m. and co-hosts the variety talk show Max and Teddy in the Morning at Night (Sometimes) on Mondays from 5-6 p.m. The crackle of vinyl warms him on cold Cleveland nights.