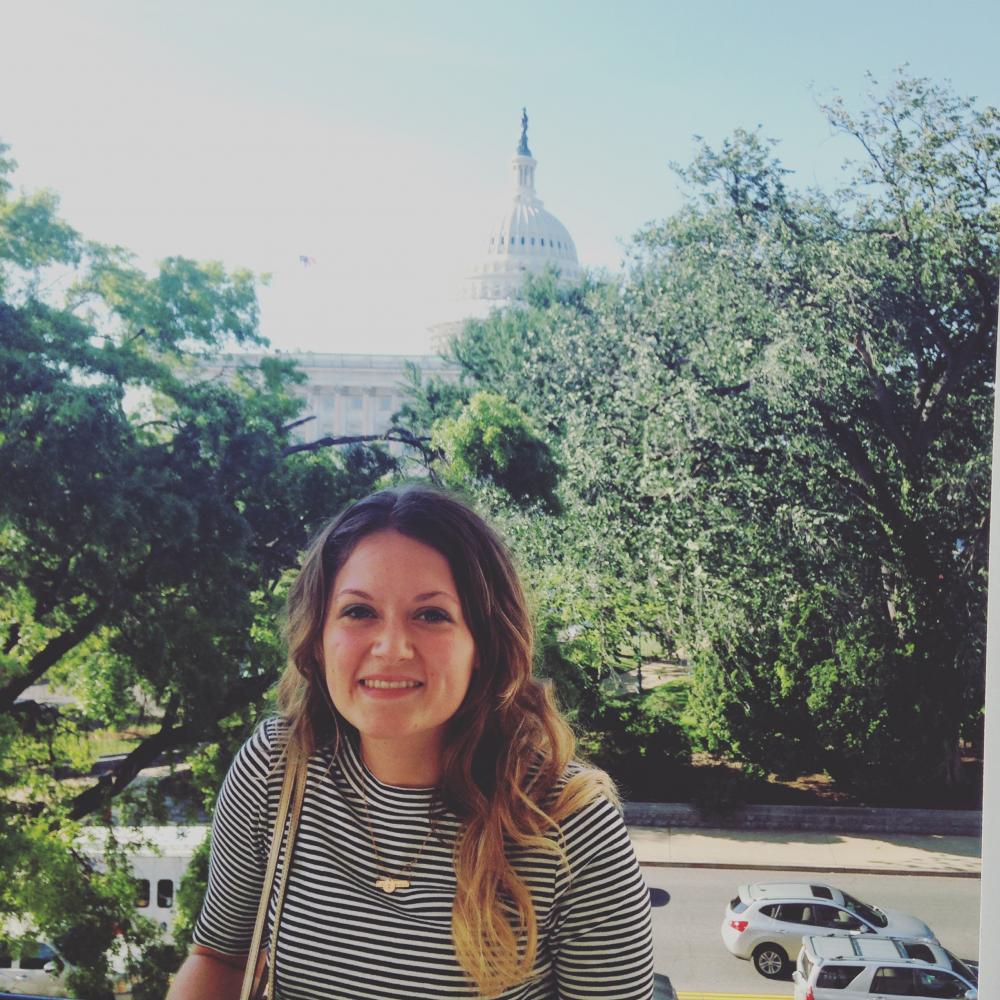 Returning from a semester abroad in Germany, Rita Maricocchi was inspired to bring a taste of European politics back to Case Western Reserve University.

On Sept. 24, students gathered in the interactive classroom at Stephanie Tubbs Jones Residence Hall to discuss the start of a new chapter of European Horizons, a transatlantic student think-tank formed at Yale University two years ago.

The original group was founded on the principle that the European Union often plays a much larger role in our lives than we realize, and that it often gets neglected. Built on four pillars— policy, network, innovation and outreach—European Horizons seeks students interested in discussing and debating the policies of the EU as well as gaining a better understanding of European relations. At CWRU, Maricocchi hopes that the chapter can provide a place for students to discuss transatlantic relations, something she noticed was missing upon her return from Germany.

“I really enjoyed my year abroad in Heidelberg, Germany, and I realized that students there are incredibly interested in and attentive to United States politics and current events,” Maricocchi said. “I hope that with European Horizons, more students at [CWRU] will keep an eye on Europe in the news and think about how the EU might already be affecting what they study or are interested in.”

This semester, Maricocchi hopes the chapter can hold events to discuss aspects of European politics, such as documentary screenings, panels and guest speakers. She wants to create a network of interested students who can help to define the vision of the organization on campus.

As an organization, European Horizons holds annual conferences where students can present their polished ideas on European policy to experts and hundreds of their peers. They also have the opportunity to get their research published in their journal called Review of European and Transatlantic Affairs (RETA) by attending the colloquium. As the organization is trying to get off the ground here at CWRU, they have three short term goals—build a foundational team, gain followers on social media and get an advisor to sort out logistics—and three long term goals—write a formal constitution, gain over 15 members and get Kelvin Smith Library to provide copies of RETA.

The CWRU chapter is just getting started, but Professor Karen Beckwith, chair of the Political Science Department, used the department newsletter to encourage interested students to join.

Beckwith said, “Given the number of elections in Europe this year, in France, Norway, the United Kingdom and [just last week in] Germany, European politics merit our scholarly and intellectual attention and interest.”