Rudoff: What am I listening to? 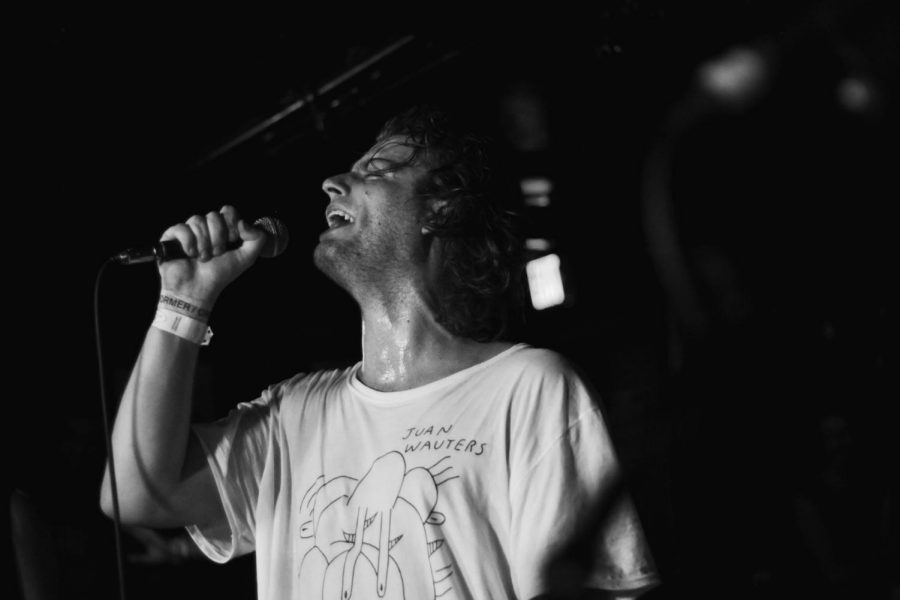 My roommates would groan at this one.

This song has been my most played on Spotify for, I think, three years in a row. Now, I recognize the meme status that comes with being a white boy who’s too into Mac DeMarco, but this is truly one of those songs I will never see myself growing tired of. It’s not too overproduced, samples a classic vaporwave melody and features cryptic yet nostalgia-inducing lyrics and vocals.

“Master of None” fans might recognize this one. Italian disco-rap may not be a popular genre, but it really should be. Apparently, my Spotify algorithm thought it was something I would enjoy (it was right), which meant I stumbled upon this on in my Discover Weekly Mix.

This is one of those songs that is really fun to walk to class while listening to. The funky production and quick-spitting vocals employed by D’Angio really get you into a bouncy mood, which makes your next step that much quicker. Sometimes when I listen to this while studying, I’ll start doing that slight shoulder-sway dance in my chair.

This song’s power certainly doesn’t lie in its relatability. I don’t speak Italian, and wasn’t born in the ‘80s … in Italy. It soars with its replayability, which is why it’s still in my regular rotation after four months.

Midnight in Peckham–Chaos in the CBD

Back in the day, I used to roast people who listened to deep house, or lo-fi music, or any kind of minimal “club” music. Yet, here I am a few years later, a fan of such artists like Ross From Friends, Project Pablo and of course, Chaos in the CBD.

“Midnight in Peckham” has a unique relaxing effect on me. It’s got a very spacious and clean sound, which contrasts with many other tracks in the genre. I can turn this one on when I’m sitting on my balcony at night, laying on my couch or catching up on some reading. It’s versatile, and has quite quickly entrenched itself as a favorite of mine.

We’re back to songs that I can’t really relate with. Except for the lead singer’s mediocre timbre. That I can relate with on a deep level.

For this one, we’ve got a hard-hitting indie-pop song that reminisces on growing up, perhaps more rapidly than one would like. Balue’s vocalist laments his past inadequacies, but also the way he has overcompensated for them by getting in too deep with a drug-fueled underground scene. Amidst all of this, there’s this weird sense of triumph that allows me to turn to it for all sorts of moods.

I’m not gonna waste time just spitting superlatives for Heifetz, perhaps the greatest violinist there ever was … OK, so I had time for one.

Regardless, this recording is immaculate. For its recording date, the fidelity is incredibly strong. But the playing, man, that is what makes this movement sing. Heifetz takes tempos that legitimately no other would dare to attempt through the record. While this makes the second movement less memorable, it makes the third my favorite performance of any movement of any piece. He blows through ricochets and runs and makes the backing orchestra keep up, although their sound is also an incredibly important factor in this recording’s greatness.

This was also one of the first concertos that, when I heard it live, left a legitimate impression on me. Partially because of the piece’s awesome themes, but also the theme of the third movement kind of sounds like the main theme from “The Rescuers Down Under.”

Hitmen Will Suffocate the City–Trenchmouth

I literally like this song for one reason: Fred Armisen is the drummer, and he does a really good job.

The guitar’s good, too, I guess.