Proposing Eldred Theater to be reopened as student-run resource 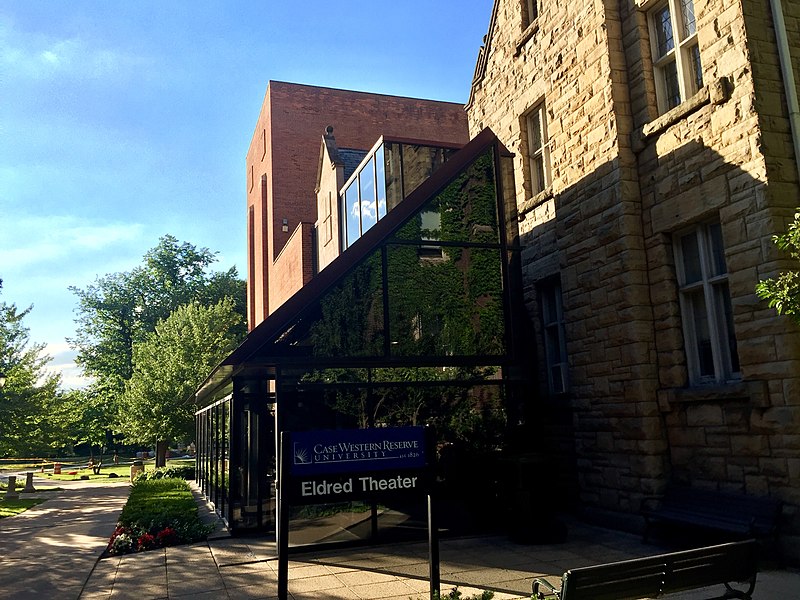 At the heart of the Case Western Reserve University Theater Department since 1898, Eldred Theater is a grand structure behind Rockefeller Building with 150 seats in the staging area and a black box in the basement. In its almost 125 years of activity, the theater has attracted many theater groups, beginning with the Sock and Buskin Club and the Curtain Players in 1898 and continuing with a variety of different groups since.

Previously, the department used Eldred for office space, as a performance center, as well as for costume design and set construction. However, recently, the Theater Department has decided to transition from Eldred into the Maltz Performing Arts Center. The current plan is for Maltz to adopt those functions for the Theater Department, leaving Eldred as an open space.

Given Eldred’s upcoming emptiness, some have drawn parallels between Eldred Theater’s current circumstances and the circumstances surrounding Thwing Ballroom in the past. Before the restrictions on in-person events for student groups, there was a lack of event spaces similar to Thwing Ballroom that were free for student organizations to reserve and had a capacity of over 100.  There was also a lack of central stage for performances as well as limited storage for performance groups. Eldred has all of these resources, therefore once in-person events fully begin again, student groups should have better options for event spaces.

Peter Chmiel, chair of the University Media Board (UMB), also sketched out the parallel between Eldred Theater and Thwing Ballroom: “In 2016, when the proposal was written, Thwing Ballroom was not as accessible for student groups as it is now, as well as in need of relatively extensive renovations.” He continued, explaining, “The proposal written by the Student Presidents’ Roundtable and the Chair of University Media Board at the time, JP O’Hagan, put in motion the renovations for the Ballroom as well as helped to establish the building as the student-forward space it is now.” However, Chmiel emphasized that the situations are not entirely similar, “Unlike the Ballroom in 2016, Eldred is not currently in need of the same level of renovation, so the primary goal of the proposal will be to direct Eldred as a student-focused space.”

Just like in 2016, the UMB is also working on a proposal “focusing on the development of Eldred as a student space.” Chmiel discussed his role and others who will be involved: “Besides being composed of myself and my peers in the Student Presidents’ Roundtable (SPR), the subcommittee that will write the proposal will also be receiving input from CWRU Footlighters and Players’ Theatre Group (PTG), the two premiere student performance groups on campus.”

Looking at the future of the Eldred Theater, Chmiel remarked that the space will be emulated under the Thwing Center model, “where student managers are a pivotal component of daily operations and administration.” He also emphasized that, “[UMB] believed it was critical to receive input directly on what policies we should adopt as well as potentially modify. For future administration, we are aiming to first put Eldred under the umbrella of Student Affairs through Vice President Lou Stark, and then subsequently run under the Thwing model, potentially directly by the director of Thwing.”

Moreover, the Eldred Theater can be an incredible resource for students in terms of space. “Its centerpiece, the 150 seat theater on the second floor would be excellent for performance groups, public speaker series and any other large events that student orgs might look towards [Tinkham Veale University Center] or Thwing Ballroom for. The lobby and lounge area on the first floor would be useful as a break area for students with classes on the quad. Finally, the black box would be useful for smaller events and the established workshops for set and costume design as well as storage.”

If you have questions or suggestions for the subcommittee about what you would like a student-focused Eldred Theater to look like, please send an email to spreldred@case.edu.