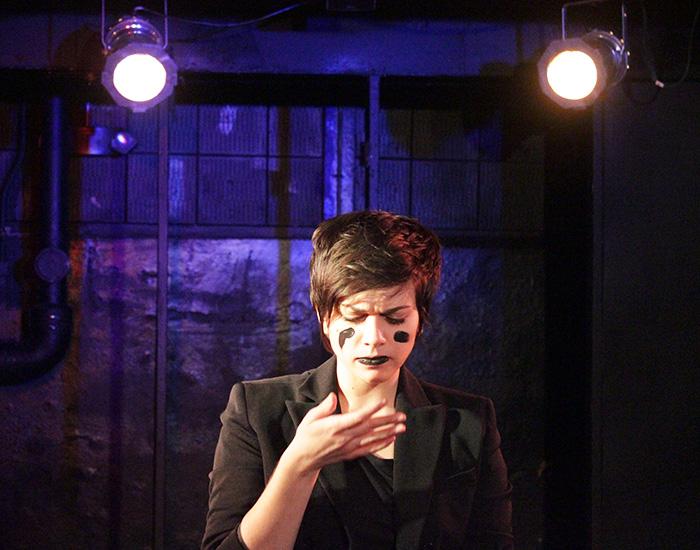 “Sometimes people choose what’s bad for them;” says director Kelly McCready about the characters in Chekhov’s famous play. This seems to be their tragedy. Konstantin loves Nina and hopes to impress his actress mother, Arkadna, with his magnum opus. Nina, however, would sacrifice everything for fame. Arkadna obsesses over her beauty and charm, as it fades inevitably with age. Her lover, Trigorin, is a popular writer, but would rather be fishing. Masha loves Konstantin and has no love for her miserly husband Medvedenko. All of these characters could find happiness if they only acknowledged it staring them in the face.

Chekhov’s “Seagull”is usually presented with a great sense of gravity and tragedy, as if one were in mourning. It usually comes across almost like a Greek play, with the characters struggling hopelessly against some monumental fate which plays with them like ants under a magnifying glass. But McCready is taking a different tack. Though these characters are unhappy, they are the cause of that unhappiness. “You have to admit, the irony can actually be quite funny,” she says. Likewise, rather than the traditional opulent sets usually employed to portray the time period, “Chaika” follows a minimalist approach appropriate for the Eldred Blackbox Theater. The characters are clad in formal attire, but other than that, props are scant. “It’s really about the characters and their relationships,” says McCready. At the same time, cast members were asked to pick out a piece of music that matches their character’s personality and are featured during the show. Famous artists like The Pixies or Pink Floyd help put a surreal twist on the production. Audience members should come to the play not expecting to see “The Seagull” but rather “Chaika,” a shorter (75 min, it will really fly by!), but more relatable and modern take on the classic.

“‘Chekhov’ in two weeks,” is the catchphrase of the cast who have to work around busy schedules filled with lectures, projects, and exams. Not often has Chekhov’s famous work been done with fewer than ten rehearsals, and the cast and crew are putting in more than overtime to make up for the lost time. It’s impressive to watch the painstaking process of putting this production together. I attended a cue-to-cue rehearsal in which the actors act out iterations of transitions and scenes to get them just right. At the beginning, the actors warmed up, breathing calmly and going through movements which, thanks to the audio track of a thunderstorm, seemed like a rain dance. McCready works with her similarly meticulous crew to perfect each transition and effect to bring the performance to life. As a theatre major with a concentration in acting, McCready takes an individual approach, working personally with the actors to motivate them. “It’s how I want to be directed, so I try to do that with them.” Amnon Carmi plays the lead, Konstantin, in a role full of tragic and ironic angst. Kelsey Petersen describes her character, Nina as “sweet and innocent, but also self-obsessed and consumed with a burning desire for fame.” Then there is Trigorin, portrayed by Thayer Juergens, who describes his character as “not a bad man” but who nevertheless “destroys Nina because he has nothing better to do.” In one of the most famous scenes, he compares her to a seagull shot by Konstantin. This brings us to the titular character, the seagull, which may represent the hopes of the various characters in the play; but then again, maybe it doesn’t. Theater is, after all, theater. Ars artis gratia.