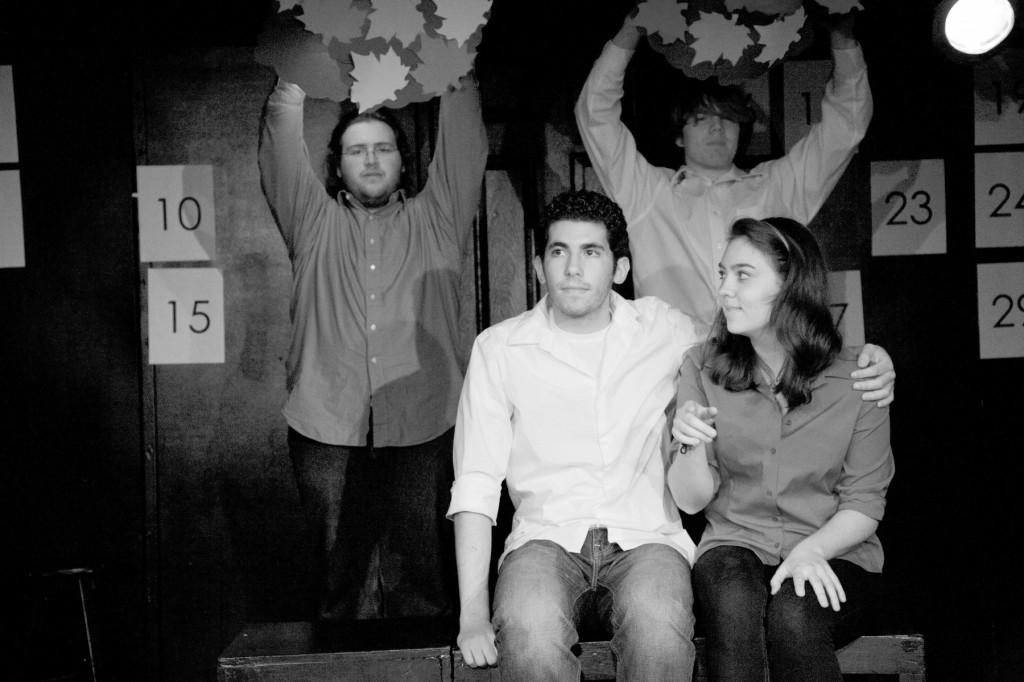 30 in 60, performed by the Players Theater Group (PTG), is the newest addition to the circle of productions on campus. As the name implies, the performance is created with a core of 30 short plays that are performed within the time span of an hour. It is based on the original idea from Chicago’s Neo-Futurists signature show, called Too Much Light Makes The Baby Go Blind. A hit success since 1988 and still flooded by people today, it, also, has 30 plays within 60 minutes, all of which are written by the performers.

Erin Wendell, the director of 30 in 60, says, “Each performance is different, because the audience chooses the order [that] the shows are presented by calling out the number of the play they’d like to see next from their menu.”

Producing the show in itself was a decently paced process. According to Wendell, in about three weeks, the performers in the group made all the plays, plus some extra. Starting fall break, they began timed rehearsals, and began cutting plays that didn’t fit. “Those plays that made the final cut were chosen based on their length and the balance of themes and styles,” says Wendell.

The unique aspect of the performance is, despite the curt length of the plays, how the plays reach the audience. Imagine putting Hamlet into a two minute long clip. It’d probably end up being something along the lines of: “There was a prince, there was a dead king, there was an evil king that was the brother of the dead king. Prince loves a girl. She dies. Prince and random brother guy fight. Everyone dies.” The real response to the famous play is completely lost, and yet, in two minutes for each of these plays, they reach the audience.

“There are a variety of plays,” says Wendell, “[they range] from wildly fanatic to touchingly dramatic. Strange themes always develop when producing this type of project, and even though the plays were written by 14 different people, there are recurring themes of coffee, cheese ‘coons and balloons.”

The play is being performed on November 5, 6, and 7 from [time] at the Eldred black box. Audience members will roll a die to determine the price of their ticket ($1-$5, respectively, or free of charge if they role a 6). PTG President Gabriel Geschke says that, “If all 30 plays are not performed within the 60 minute time frame, audience members get their money back!”