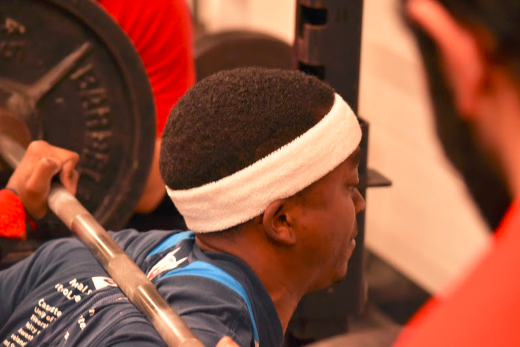 Graduate student Devin Gordon digs deep as he attempts a squat during the IM weightlifting contest.

On Thursday, Nov. 17, the Veale Athletic, Convocation and Recreation Center held an intramural powerlifting contest open to all members of the Case Western Reserve University community, including workers at One to One Fitness. The three customary exercises, the bench press, the deadlift and the squat, were all available for the competitors to choose from. Each participant set the desired weight goal for their chosen lift and was given three attempts to properly complete the lift. In total, eight campus members participated, including four graduate students, three undergraduate students and one worker at One to One.