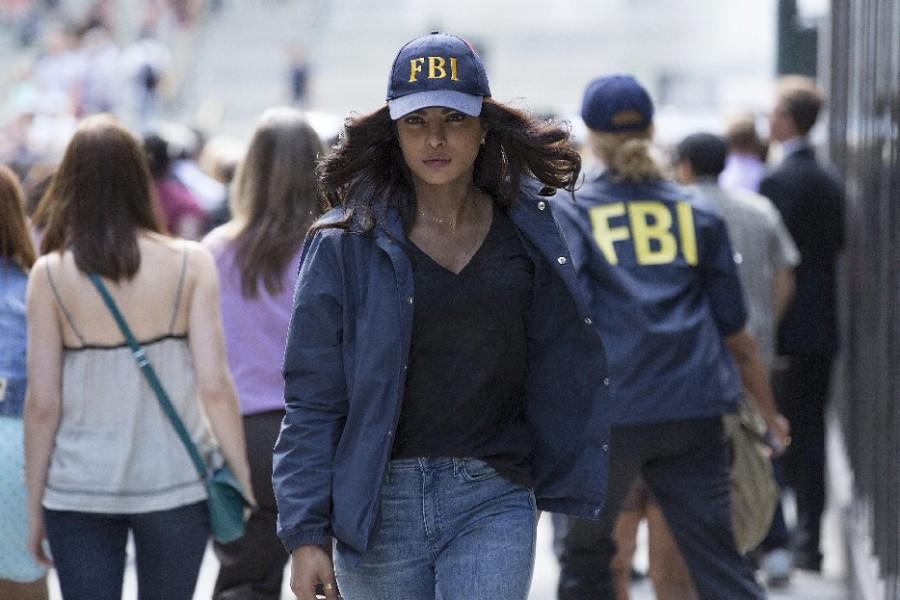 "Quantico" follows a group of FBI recruits, one of whom is secretly a terrorist.

There’s a reason all the talk surrounding ABC’s new FBI procedural “Quantico” has been centered around star Priyanka Chopra. The Bollywood actress’ charisma and charm draws the viewer to her as soon as she appears on screen, and it’s her presence, as well as quick pacing and an enticing central mystery, that sets the show apart from the many other crime dramas currently on TV.

“Quantico” centers around Alex Parrish (Chopra), an FBI recruit, and her classmates as they attend the titular training academy. The twist? One of them is secretly a terrorist who, six months into training, will blow up Grand Central Station and frame Parrish for it.

With this mystery, the classroom vibe and a twisty nature, the show feels very similar to early “How to Get Away With Murder,” a show which has brought great dividends for ABC and viewers. It’s a roller coaster, large character soap filled with pretty young people with ulterior motives. It’s Shondaland, but on Sundays.

Although some of the dialogue feels contrived and the exposition is heavy, the show moves quickly, flying through its initial 45 minutes. This pacing will make or break the plot’s future; whether they can maintain the central mystery, while balancing with the procedural elements that are sure to be introduced in the next episodes, will determine whether or not the show can continue to stand out in the crowded TV world.

This pacing is in part due to the show’s constant twists; every few minutes something new is introduced into the story. Some twists work better than others. Chopra’s character’s backstory seems to be moving far into soap territory; similarly, the plight of one out-of-his-league recruit who is only there because his parents pulled strings doesn’t up draw any particular interest. Still, the reveal of which recruit is the terrorist, and the many character secrets revealed in the pilot, all hint at more fun in the future.

“Quantico” brings very little in the way of originality. Most of the plot has been borrowed and repackaged from action movies, dramas and soaps of the past. Still, the show is glitzy, fast-paced and consistently entertaining, something that can’t be said for most of fall’s new entrants so far.