“Quantico” proves its got what it takes in mid-season finale 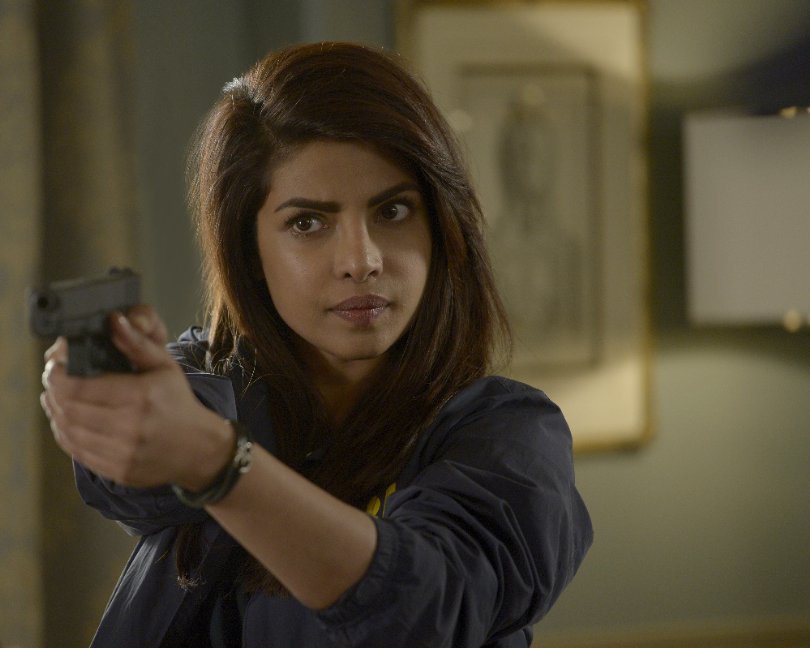 "Quantico" finally gave viewers some answers in the midseason finale.

“Quantico”’s future was determined by tonight’s midseason finale. The freshman ABC drama faced the predicament that so many new shows face running out of their initial episode order: where do we fall now? Would “Quantico” move into the prestigious crowd of Shonda Rhimes-esque twisty dramas, doling out just enough information to keep viewers invested while still leaving them on the edge of their seats? Or would it fall down with the increasing crowd of wanna-be shows that couldn’t live up to expectations?

With the Dec. 13 midseason closer, “Quantico” deftly proved that it was brave enough to deliver answers to its central mystery, while simultaneously dropping a whole new heap of questions guaranteed to make viewers come back for new episodes in March.

Former analyst recruit Elias was revealed to be at least one part of the Grand Central plot in tonight’s episode, a reveal which should help to satisfy at least a little bit of the viewer’s need to find the NYC bomber. However, his suicide and his apparent position as a puppet rather than the mastermind ensure that getting answers on the remaining pieces of the Grand Central plot will not be an easy task for our favorite new FBI agents.

The second bomb’s detonation in the emergency command central also leaves quite a bit up in the air. Who was in the building when the bomb went off? Will we lose any of our favorite characters? While I don’t see the writers killing off one of the more established characters in such a quick manner, it is possible that a Claire or Clayton Haas could have faced their demise, which would be sure to further complicate the Shelby/Caleb love triangle.

If there was a weak point in tonight’s episode, it was the decision to spend so much time on that triangle, and on the Alex/Liam/Ryan triangle. The decision to devote so much time to the Quantico storyline, which was fairly tame (at least for this show), in such a tense and important episode was interesting, and some of the reveals could possibly pay off in a big way further down the line. However, I still couldn’t help but feel during every scene that I was being pulled away from the much more important things happening in NYC.

The writers have clearly set themselves up with a goldmine of stories for the back half of the season. What happens now with Alex’s predicament? Will she still be jailed for the Grand Central attack? Or will that blame fall to Simon, who did technically, even if he was unaware of what he was doing at the time, pull the trigger on the second attack? The fallout from Alex telling him that it was okay to release the trigger when it clearly wasn’t should also be a very deep storyline for the writers to work with next season.

“Quantico” is clearly still barrelling ahead at high speed, and it’s clear from their first run that they have no intention of slowing down. The question now is whether or not they can keep up that pace without leaving viewers in the dust.