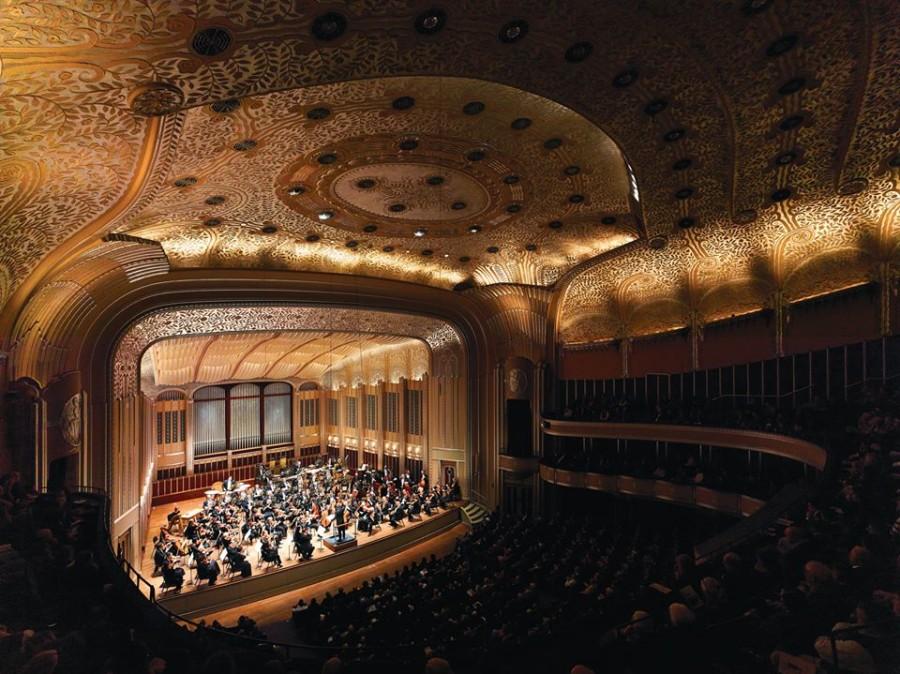 Case Western Reserve University often advertises to prospective students that one of the best orchestras in the world plays almost every weekend just off of campus. But some students do not take advantage of the opportunity. The concert on Saturday, Nov. 7, featuring Rachmaninoff’s Symphonic Dances, displayed the orchestra at its finest, even without its typical conductor and concertmaster.

The highlight of the evening was guest soloist Leonidas Kavakos, who performed Dmitri Shostakovich’s “Violin Concerto No. 1.” The world-renowned Greek violinist certainly lived up to his billing. He was exceptional in his performance without being flashy, as the extremely difficult piece did not appear to trouble him at all. The performance captured the audience particularly during the cadenza before the final movement, as everyone’s attention was focused on his bow.

Kavakos excelled through the multiple accelerating crescendos in the cadenza, perhaps the most impressive part of the performance. The always enthusiastic audience was so astounded by the performance they gave Kavakos three standing ovations, prompting an unexpected encore. The surprise solo showcased the soloist’s extreme talent, including a section where he played both melody and countermelody simultaneously. After the encore, he received another standing ovation and even had members of the orchestra applauding him.

After an intermission, the orchestra played the titular piece, “Symphonic Dances” by Sergei Rachmaninoff, his final work. Perhaps the most exciting selection of the evening, it engaged the audience with its transition between slow melodic sections and passion-filled fast sections. During the second movement waltz rhythm, guest conductor Gianandrea Noseda swayed with the melody. The finale ended beautifully with a built-up fast-paced fanfare followed by a heavy Russian sound. After the final marcatos, the final chords rang in the air for a few seconds before the audience burst into another standing ovation.

The actions of Noseda were not conducive to proper enjoyment of the pieces, I thought. Though they were entertaining to watch, they distracted from the main attraction, the orchestra. The normal conductor and director of the orchestra, Franz Welser-Mӧst, is very composed while on the podium, only using grand arm gestures when necessary. Noseda, on the other hand, was living through the music, jumping and bouncing along with the staccatos and accents.

First-year music and polymer science and engineering double major Jason Linn disagreed. “The conductor’s vigorous gestures helped communicate the nature of the early 20th century music to the music,” he said. He believed it helped the audience connect better to the music.

One may think the orchestra is just for rich older people; however, there was definitely a binary distribution of ages, with one peak around the expected 60 and the other around 20. Many groups of college students, mostly from CWRU and the Cleveland Institute of Music, enjoy concerts throughout the year. Groups of friends can be seen talking before, during intermission and after performances. The Cleveland Orchestra makes affording tickets easy on a college student’s budget with a price of only $15 for students in the Student Advantage Program. An alternative option is the $50 Frequent Fan Card, which allows Fan Card holders tickets to every performance in the 2015-2016 season.

The Cleveland Orchestra returns to Severance Hall from Nov. 19-21 with a program centered on Schubert’s Great C-major Symphony.