Razer brings VR and more to the CES show floor 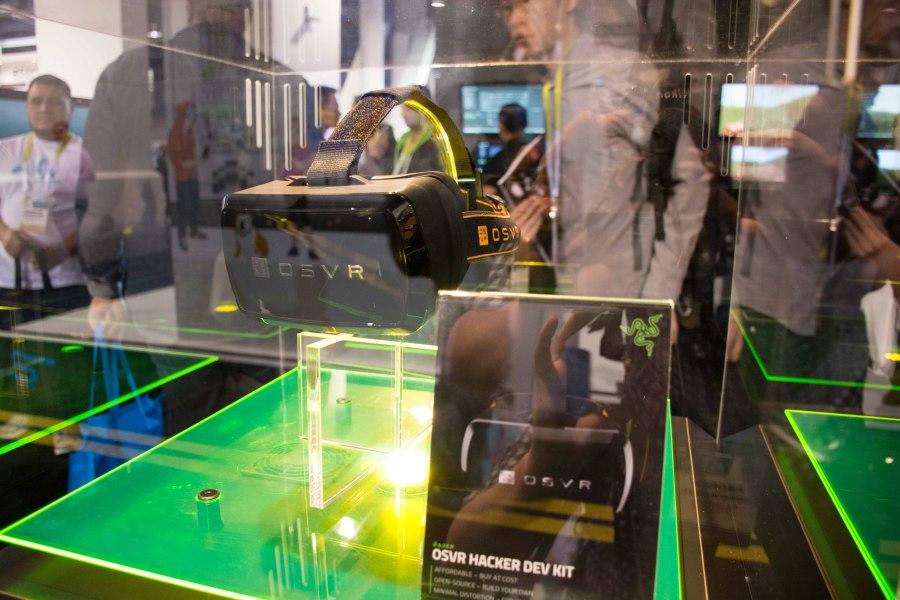 Razer, manufacturer of PC peripherals and accessories, brought a diverse portfolio of products for gamers ranging from the most casual to enthusiasts. In addition to their usual slate of accessories, the company also introduced its competitor to the Oculus Rift, the OSVR headset. Although strong in concept, the headset ultimately failed to impress when compared with its competitors.

At first glance, the OSVR is very similar to the Oculus Rift. The headsets are similar in form and have similar specifications, with both headsets having 1080p displays. Whereas the Oculus recently added a built-in audio system, Razer’s first model integrates hand gesture based motion control. The biggest draw to Razer’s headset is the open source nature of the entire ecosystem. Razer is making every part of the OSVR from the hardware designs to the software open source. The company chose to take this route in order to stimulate the growth of the VR community. With the blueprints that will be available once the headset launches in June, anyone with access to a 3D printer will be able to print and customize their own version of the hardware. Another factor that will help get more people into VR is the price. Razer has set the price of the OSVR at $199, $150 cheaper than the Oculus Rift.

Although the OSVR is a great concept, in its current form, the headset is not quite up to par with its competition. Before the demo even started, I had to calibrate the headset’s lenses to fit my vision. Even after spending a while adjusting it, I still couldn’t find the best settings for my vision. In addition, the motion tracking on the headset could use much work, since the headset could not detect many of the gestures that were required to play the demo. Overall, Razer has much work to do with its VR ecosystem before the summer launch.

Razer’s other products at the convention were much more impressive than the OSVR. The company also announced its Android TV based micro-console, the Razer Forge TV. This device can accept streaming content from any Android device thanks to Google Cast technology and play games and other media locally with the help of its powerful hardware. In addition to streaming mobile content, the device can also mirror content on a PC using Razer Cortex: Stream software. The Forge TV can be controlled with Razer’s Serval controller and Turret lapboard. The Forge TV will cost $99 at launch.

Razor’s products on display at CES this year showed the company’s aspirations to expand their image beyond that of a premium mouse and keyboard manufacturer. Although there were some problems with the early versions of these products, the concepts show promise to expand their reach beyond hardcore gamers.