“RBG” (2018) encapsulates the legacy of a feminist icon

Streaming recommendation of the week 9/23/20 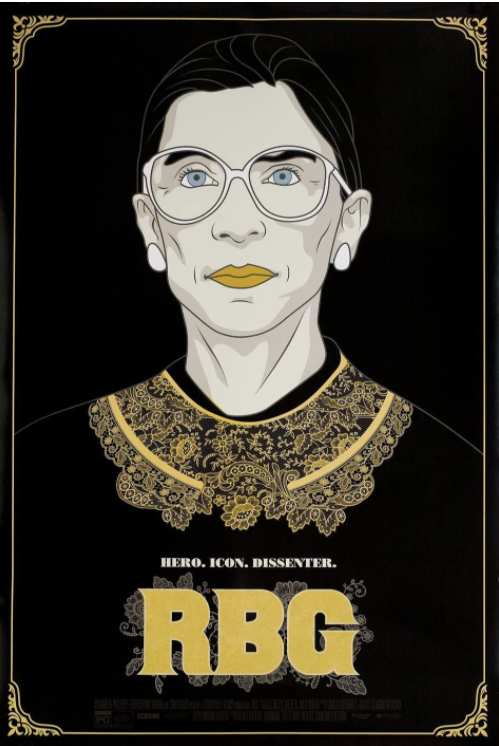 Witness the life and story of Justice Ginsburg in "RBG."

Be honest, how many current U.S. Supreme Court justices can you name?

Even if you aren’t a political junkie, chances are that you’ve heard of Ruth Bader Ginsburg, and there’s a reason for that. The late justice has become a force in our public consciousness in recent years for her scathing dissents on a Supreme Court with a conservative majority, becoming a voice for the embattled liberals of our era.

With her passing this last weekend, we are left to recall her legacy. How that legacy came to be, as well as the numerous momentous accomplishments we too often forget, is all shown in “RBG,” the 2018 documentary that chronicles her entire life up to that point.

With archival footage, in-person interviews with Justice Ginsburg herself, and interviews with family, friends and colleagues from different stages of her life, the documentary creates a compelling narrative of a woman whose entire life revolved around fighting for equality between the sexes. From studying law at Harvard Law School and then Columbia Law School as one of the only women in her class, to working as a lawyer representing clients in gender discrimination lawsuits that went to the Supreme Court, to becoming a groundbreaking justice herself, I found myself struck by her steadfast focus on the struggle for women’s rights in all phases of her life.

While many may remember Ginsburg now mostly for her time on the Supreme Court, the film also details all of the revolutionary work she had done beforehand.

“I ask no favor for my sex; all I ask of our brethren is that they take their feet off our necks,” Ginsburg remarks in one interview, quoting suffragist and abolitionist Sarah Grimké.

From the professional to the personal, the video snippets of Ginsburg herself make up the best parts of the film as she recounts the loving relationship she had with her late husband Martin Ginsburg, describes her thought process in convincing justices to her opinion or shows off the many neck jabots in her collection. This look at the woman herself is personal and quite humorous at times as she watches “Saturday Night Live” parodies of herself or does push-ups with her personal trainer. This is all bolstered by a number of charming, as well as inspiring, anecdotes from many of the people closest to her, including her children, childhood friends and archival footage of her husband and her late friend and fellow justice, Antonin Scalia.

It’s in this friendship with Scalia that the film may show what some would say is a flaw in Ginsburg. While having friends that are on opposite sides of the political spectrum may have been common at the time for some, it now seems a product of a bygone era of “bipartisanship.” Should we try to be friends with those on the opposing side, if that side doesn’t care for our own lives or rights? While Scalia and Ginsburg may have ridden on elephants and gone to operas together, their friendship seems like something that could not, or perhaps should not happen today. The documentary frames it as a charming relationship, with both people able to compartmentalize each other’s politics separately from the person, but that may not be sustainable these days, as politics have become more and more personal. Some have even argued that such cross-aisle friendships are a privilege for those whose rights and identities aren’t under constant threat from the other side. The film also showcases the rapid rise of Ginsburg as a pop culture icon, with her being dubbed as the “Notorious RBG” within the last ten years, a reference to iconic rapper “The Notorious B.I.G.” With the rise of the internet and meme culture, RBG has become the image of a relentless warrior for justice for many people across America. Ginsburg’s work surrounds us, and with her passing, this film is truly a required viewing for those who want to understand her impact and legacy.

“RBG” is streaming on Hulu.