RBG: Her death, her legacy and what comes next 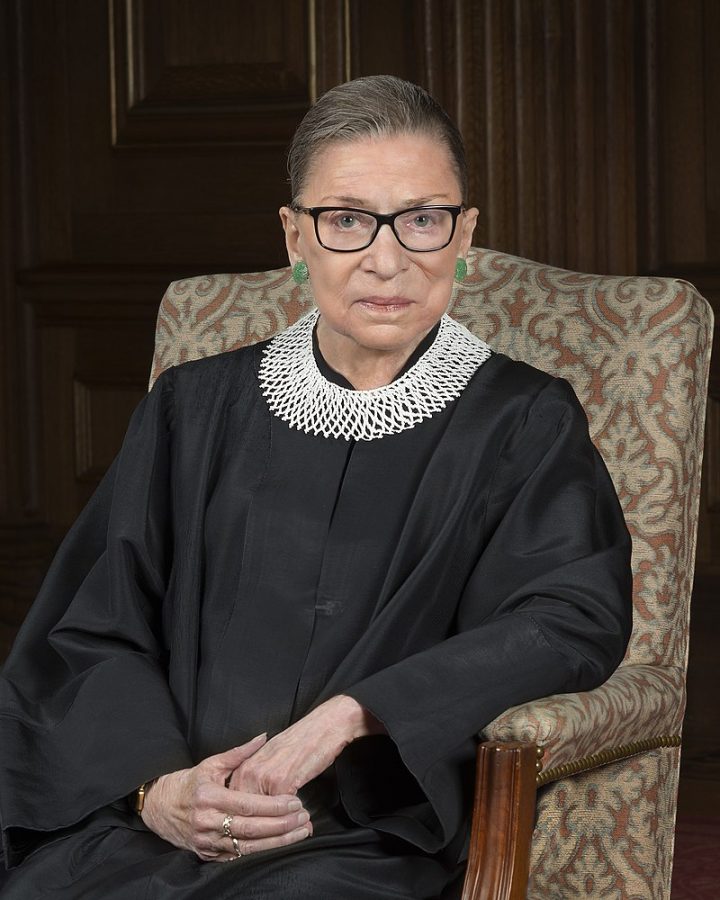 RBG was a hero and inspiration to many. But in her death, her legacy is at risk.

On the evening of Sept. 18, one of the most powerful and influential people in America passed away. Ruth Bader Ginsburg was one of nine Supreme Court justices, and for many American women, she was a one-of-a-kind hero.

Her death leaves a vacancy on the Supreme Court, which isn’t inherently anything abnormal. Justices serve for life, and Ginsburg was not the first justice to have passed away while serving on the bench. What’s abnormal is the fact she passed away during an election year. The last justice to pass away during an election year was famous conservative Antonin Scalia, who died on Feb. 13, 2016 while Barack Obama was president. Apart from the conspiracy theories surrounding Scalia’s death, it quickly became the subject of controversy when, just over a full month later, Obama nominated Merrick Garland to succeed the late justice.

Why was this a controversy? Because Senate Republicans, led by Senate Majority Leader Mitch McConnell, argued that it was unfair for a president to nominate a Supreme Court justice so close to the November election. As such, the Senate refused to hold a hearing or vote on Garland’s nomination, which resulted in an eight-person Supreme Court until April 7, 2017, when the Senate confirmed President Donald Trump’s nomination of Neil Gorsuch.

Just a quick recap: Senate Republicans didn’t vote on Obama’s Supreme Court nomination from March 2016 because it was too close to the November 2016 election when Obama would be removed from office.

Now, in September 2020, we’re seeing almost the exact same circumstances. A justice whose ideologies are in opposition to the current president’s has passed away during an election year, leaving a vacancy to be filled. The president wants to fill that vacancy. We still have a Republican-majority Senate led by McConnell.

However, even though today’s circumstances are nearly the same as 2016’s, we’re currently seeing the exact opposite reaction from the McConnell-led Senate. Rather than sticking with the precedent he set in 2016, McConnell has promised that the Senate will indeed vote on Trump’s nominee to replace Ginsburg, despite her dying wish that her vacant seat would not be filled until the people elect a new president.

So, what’s at risk if Ginsburg’s seat is filled by Trump? Answering that question requires a look back on Ginsburg’s legacy, and what Trump has said he would try to undo. While Ginsburg’s legacy is great, two of the biggest topics that people have been talking about are reproductive rights and the Affordable Care Act (ACA).

Ginsburg was most famous for her lifelong battle for women’s rights and gender equality, including, but not limited to, the right to choose to have an abortion. She was a staunch advocate of a woman’s right to choose, and worked to protect that right in court, both as an attorney and as a justice. Now, in the wake of her death, that work is under threat, as Trump has previously promised to nominate justices who would overturn Roe v. Wade, the landmark decision that guaranteed a woman’s right to choose.

In addition to the threat to abortion rights posed by a conservative Supreme court packed by Trump, the ACA, also known as Obamacare, could be in trouble. For the past several years, Trump has been clear about his desire to get the ACA repealed. With Ginsburg gone, that leaves the potential for a conservative majority that could give the president what he wants.

But will Trump actually contest the election if he loses? Probably. On Wednesday, when asked point blank if he would commit to a peaceful transfer of power if he loses the election, Trump refused to make such a commitment, saying, “Well, we’re going to have to see what happens.”

As we all hold our breath waiting to find out who Trump nominates this weekend, let us remember and honor Ginsburg and all that she’s done for our country. This article cannot possibly encompass the vast breadth of Ginsburg’s legacy. She was a woman who spent her life fighting for gender equality. In doing so, she paved the way for countless women to do amazing things and be their own individuals in a world that is so dominated by men.

However, it’s also important for us to remember what Ginsburg didn’t fight for. In both life and her death, people criticized Ginsburg for her past rulings against the sovereignty of Indigenous people. On top of that, she once criticized Colin Kaepernick’s kneeling during the national anthem in protest of police brutality—though she later apologized for doing so. Though she was a hero to so many people across the country, we must always bear in mind that our heroes are never perfect, nor can we expect them to be.