“Ready Player One” will win you over 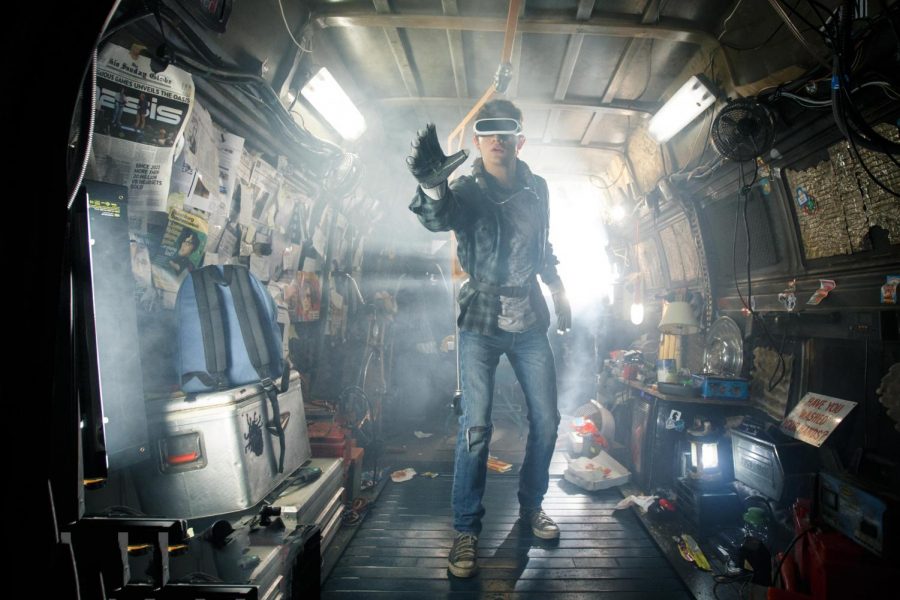 Despite doubts, Steven Speilberg's "Ready Player One" is a success.

Many people said “Ready Player One” was unfilmable due to the multitude of references it makes to copyrighted material. However, in spite of this massive hurdle, an adaptation only truly needed the careful hands of Steven Spielberg, who was able to seemingly pull off the impossible and then some.

Set in 2044 in the destitute “Stacks” of Columbus, Ohio, the film follows Wade Watts (Tye Sheridan), a young man who lives and breathes, much like everyone else in the world, the fantastical virtual realm known as the “Oasis.” The virtual reality was created by the innovative James Halliday (Mark Rylance), who wanted to make a utopia away from the dystopian nature of the outside world.

However, following his untimely death, Halliday leaves a message for all in the Oasis to see: He has left behind hidden challenges and riddles that would lead to his $500 billion fortune and complete control of the Oasis.

Watts, under his Oasis persona of Parzival, together with the mysterious and tenacious Art3mis (Olivia Cooke), best friend Aech (Lena Waithe) and fellow companions Sho (Philip Zhao) and Daito (Win Morisaki) work together to win Halliday’s game, while being pursued by the conniving and malicious Nolan Sorrento (Ben Mendelsohn), who aspires to rule the world through control of the Oasis.

The film prioritizes entertainment and has fun with itself. It makes a plethora of pop culture and video game references, mostly from the ‘80s and ‘90s, although there are also some that are more modern: “Halo” and “Overwatch,” to name a few.

The film is incredibly busy, with every shot full of splendid visual effects. While it can overtake the film at times, the effects are usually reeled in with some solid performances from the main young cast, especially from Sheridan and Cooke. Mendelsohn manages to steal it away from them on occasion with his always perfect villainous acting, as does a surprisingly decent T.J. Miller acting as the secondary villain as the bounty hunter i-R0k.

Spielberg proves time and time again throughout the film that he is a master of his craft, with dazzling direction within the Oasis and even during the less exciting—but still good—real-world sequences. The writing is witty and refined, with well-done references and homages, especially during the three challenges. Due to this and an excellent climax, the film never overstays its welcome, despite a runtime of 140 minutes.

Overall, the film succeeds more than it falters, showcasing yet another solidly entertaining and brilliant adventure gem in Spielberg’s already impressive filmography.