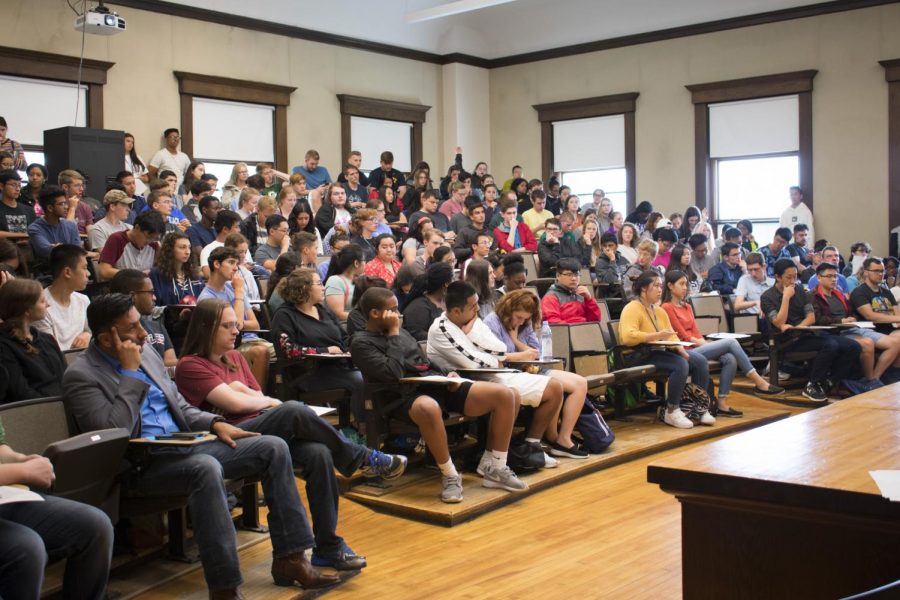 The 26,646 applicants vying for a spot in the Class of 2022 broke records this year, topping last year’s mark of the most first-year applications by over 1,200 people. While the gradual upsurge in interest is ultimately positive, it also means the University must accommodate greater student numbers in aspects like on-campus housing.

According to the Office of Undergraduate Admission, a higher proportion of students accepted their offers of admission to Case Western Reserve University this year as opposed to last year; University Housing planned for a class of 1,325 students and the class came in at slightly under 1,390.

Vice President for Campus Services Dick Jamieson said, “To accommodate, we rented some Cleveland Institute of Art-controlled apartments and allocated some of the Triangle Apartments for undergraduate housing instead of graduate housing.”

Jamieson said the decision was intended to keep all first-year students together on the north side of campus and that Housing efficiently responded to the issue.

“University Housing was well-equipped to manage the placement of [a higher-than-anticipated number of] students,” he said. “We maintain contingency spaces with our colleagues from other departments to use based on our occupancy needs and size of the first-year class.”

Other ways which Housing responded to the gradually increasing number of first-year students include infrastructural upgrades, furniture and lobby enhancements and new Amazon package delivery systems.

Bob McCullough, dean of Undergraduate Admission and assistant vice president for enrollment, is pleased with the ongoing developments and said that a more competitive college market means that CWRU must find ways to maintain its edge.

He said, “I think there is a lot of positive momentum around [CWRU], with new enhancements to academic and extracurricular programs, new buildings around campus and new development in our neighborhood and around Cleveland.”

On top of residential upgrades and enhanced academic programs, social media is a key player in garnering prospective interest and sustaining application volumes.

“We need to make sure we’re getting the word out about [CWRU] in whatever medium students and parents are gathering information,” McCullough said, “whether that’s websites, social media, direct mail and email, personal contact with students, faculty, staff and alumni or other forms of communication.”

He added, “There is a terrific story to tell about what’s going on here, and students and their families are eager to learn about great universities that might be a match for them.”

Undergraduate Admission is “honored and humbled” to see what they considered an “increasingly diverse and academically talented” pool of prospective students.