Recycling as a journey, a student’s career 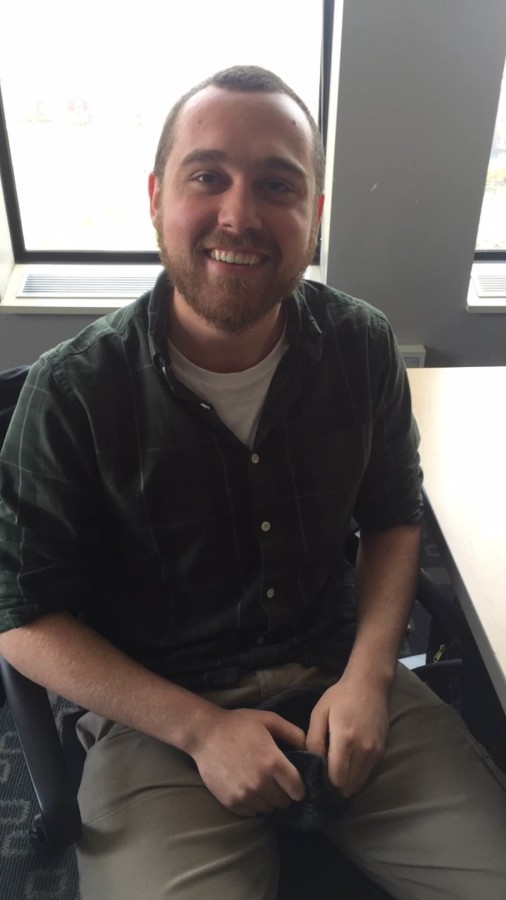 John Brogan made posters in which recycling represented one part of a journey in order to study the effectiveness of that as a conceptual metaphor.

Fourth-year student John Brogan found his passion while being hassled as he canvassed for a door-to-door environmental campaign. As he collected signatures, fundraised and encouraged some less-than-enthused constituents to write to politicians, he had to think hard about how to get his message across as efficiently as possible.

Now, in the spirit of the interdisciplinary nature of cognitive science, his major, he studies the linguistic decisions made in communicating pro-environmental messages. He is conducting research on the success of illustrating sustainability and recycling in the schema of a journey.

Using Amazon’s Mechanical Turk, an online crowdsourcing research tool used by scientists to conduct surveys, Brogan and fellow researchers were able to reach 500 participants and gauge their mood concerning recycling in response to eight separate posters. They were most interested in one that portrayed a path in a grassy field with overlaid text saying, “Every Step Counts” and then “Please Recycle.” Respondents’ moods were more positive than they were when they saw a sign with just the text above a black-and-white recycling sign.

Brogan’s goal was to take advantage of what scientists who study cognitive science know about conceptual metaphors, as the field often overlaps with linguistics. Humans create and use relations between an abstract idea, such as “work,” and a physical concept that they apply to objects such as “tough” or “hard.”

“If you say our life is at cross-roads, or our relationship has been a bumpy road, really those are abstract conceptualizations of journey mapped onto notions of a loving relationship or a lifetime,” he said.

The question that remains is which conceptual metaphors will promote recycling. Especially early on, Brogan focused on portraying recycling as a journey. For example, the poster mentioned above showed the physical concept of an object being recycled as a step in the abstract concept of a journey. Furthermore, he wanted to closely connect recycling and nature in his illustration.

His work is based off of a pilot project funded by the Summer Undergraduate Research in Energy and Sustainability program over the past summer, which involved discreetly placing flyers in Crawford Hall to judge changes in faculty behavior. The pilot project saw a decrease of plastic, metal and paper in the trash and increase in recycling.

During the project, Brogan put up posters near the trash cans on the second and third floors of Crawford Hall, after spending two weeks sorting garbage. He filed through trash and divided it into paper, plastic, metal, compost and landfill and then weighed each component.

“I went with a janitor working [in Crawford Hall],” said Brogan. “I’d pick up the trash and the recycling from the second and third floor and take it with me.”

After putting up the posters, Brogan had to wait a week to ensure that the faculty had noticed and become accustomed to the posters. He explained that this process is known as habituation, a type of learning in which humans stop responding to a new stimulus. To him, the study’s goal was to determine if faculty behavior changed by the posters’ message, not their novelty. After this hiatus, he spent two weeks filing through two floors’ worth of trash and recycling.

It was during the year between OSU and CSU that he went door-to-door for Ohio Citizen Action, an environmental advocacy organization. While he admits to being nervous when transferring to CWRU, it was years back when he came face-to-face with many people who did not agree with his message. Then he was rattled; not now.