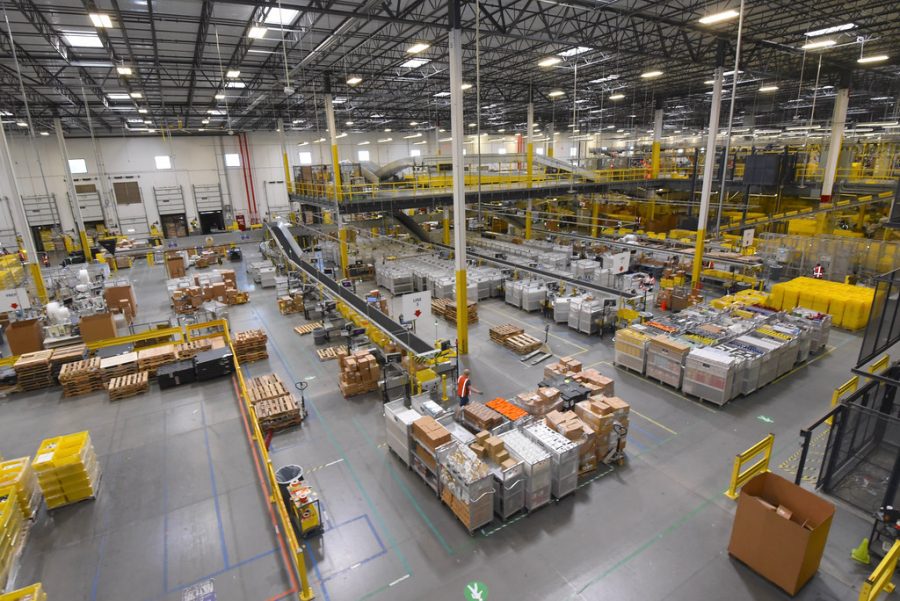 Amazon warehouses often force their workers to work in “Dickensian” conditions or else face unemployment.

With an academic email address, students and faculty across America—Case Western Reserve University included—can get six months of free Amazon Prime and, after that expires, a discount on the membership fee. The membership includes video streaming services, free two-day shipping and other notable deals. The corporation has revolutionized people’s expectations of online shopping and delivery. The expedient nature of Amazon’s two-day or one-day shipping has forced other markets and corporations to change practices in an attempt to keep up with the demand of immediate delivery. However, the cost of such services, hidden from the public eye, is unbearable to the people who toil in Amazon warehouses worldwide.

In 2011, Amazon workers were forced to work in a 114 degree warehouse in eastern Pennsylvania. Rather than cooling the factory or opening up doors, Amazon’s response was to post paramedics outside of the facility to treat dehydrated and fainting employees.

Four years later, an investigation by the New York Times found that the working conditions at Amazon were absolutely Dickensian. Employees inside the company were forced to work long hours (with one woman not sleeping for four days straight), were questioned if they did not immediately answer messages sent after midnight and were instructed on how to send secret feedback in order to sabotage other workers. Furthermore, workers who were suffering from cancer or miscarriages were pushed out of the company instead of receiving appropriate time to recover. The work environment set up by Amazon’s leadership principles has created a culture of perfectionism, pushing for all employees to be one with the system, or an Amabot—a robot.

In the years since, conditions remain atrociously unchanged. Workers’ fear of losing their jobs due to time away from the assembly line has resulted in reports of workers being forced to urinate in bottles, rather than being allowed the time to go to the bathroom. A survey of United Kingdom Amazon workers found that the incidence of depression and anxiety increased after starting at the company and that, knowing what they now know, over 80 percent would not apply for a job there. Some employees reported receiving strikes on their records (receiving a certain amount resulted in termination) because of complications with a pregnancy or being physically unwell. Such conditions are upheld in the U.S. as well, where workers report feeling “like a trapped animal,” or “living in a prison.” One worker, 57-year-old Thomas Becker, collapsed at a warehouse in Illinois, and 25 minutes passed before anyone called emergency services, after which Becker died.

As Amazon continues to expand its services to meet and exceed customers’ expectations, it does so at the expense of basic protection and human rights for its workers. A report from the New York Times last week found that Amazon protects itself from any liability caused by their delivery contractors. In January, a 9-month-old girl, Gabrielle, was killed at the hands of an Amazon truck because of the company’s promise of immediate delivery. Between the corporation’s purposeful omission of the Amazon logo on its delivery vehicles and their efforts to make the connection between delivery service crashes and the company untraceable, Amazon is rarely held responsible for any damages caused by its delivery service.

In response to critiques of working conditions, Jeff Bezos, founder and CEO of Amazon, reacted by saying that such testimonies “[don’t] describe the Amazon I know.” Which, to his credit, is likely true, considering the Amazon he knows makes him $2,489 every second. An Amazon employee would have to work 24 hours a day for 68 years to make what Bezos makes in a single hour. And further, Amazon is among the top corporations whose workers—one in 10 in Ohio—rely on the Supplemental Nutrition Assistance Program (SNAP), otherwise known as food stamps. While Amazon is not unique among corporations in the pay gap between its CEO and its workers, there is still no excuse for what we see happening at this American company. It could be leading the fight for fair and equal pay, treatment and benefits, but instead it stands proudly while its policies worsen workers’ quality of life and the company fails to pay their fair share of taxes. Last year, for the second year in a row, Amazon did not pay a single dollar in federal income taxes, despite making over $11 billion in profit.

Not only are Amazon’s working conditions horrific, but as a corporation leading and feeding our capitalist desires, they influence the whole system. Other retail corporations are following suit in horrible treatment of workers just to compete with Amazon’s sales, guaranteeing highest speeds of delivery for the lowest financial costs. For some workers, like 23-year-old Erica Hayes, that means being forced to lift heavy boxes—despite strict counter-instructions from her physician —resulting in a miscarriage.

As long as Amazon has a base of millions of people—over 100 million just subscribing to Prime in the United States alone—it will not need to treat its employees with respect or dignity. I urge us, as a campus, to think about the consequences of our purchases before we add another item to our cart, or pay the next month’s fees for “the best of shopping and entertainment,” the world has to offer. Because believe me, there is much better out there.

Jordan Reif is a second-year student studying political science on the pre-med track.