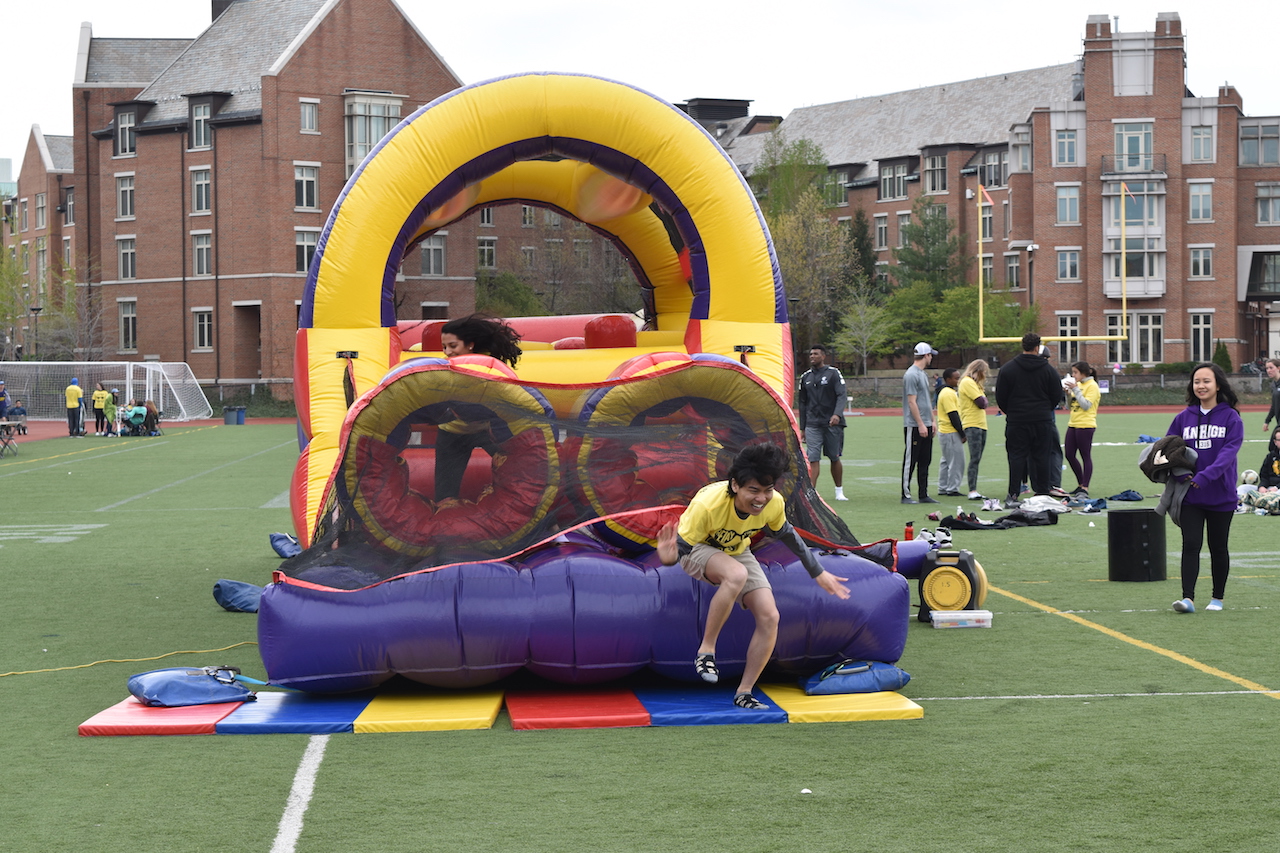 Sponsored by Colleges Against Cancer (CAC), the fourth annual Relay for Life at Case Western Reserve University was held this past Saturday, April 22, at DiSanto Field.

“It’s just one less thing they have to worry about during treatment,” said Schmidt. “[S]ometimes they live over 50 miles away. [With Hope Lodge], they don’t have to pay for hotels, and they always have a support system around them. It’s my favorite thing that the American Cancer Society supports.”

Schmidt joined Colleges Against Cancer during her first year Orientation week, and this is her fourth and last year with CAC at CWRU. Before coming to CWRU, Schmidt raised money for cancer in middle and high school back home at Pittsburgh. Her cousin passed away from lung cancer when she was in 6th grade.

“He’s the person that inspired me to do all these,” said Schmidt.

Michael Le is a first-time participant of Relay for Life, and also CAC’s chair of Online PR. He decided to join CAC because one of his friends asked him if he knew anyone who would be interested in being the Online PR Chair, and he volunteered. However, his interest in helping with the treatment of cancer began long before that.

“What got me passionate about working towards funding for cancer research is one of my grandparents passed away of cancer in 2004,” said Le. “On his deathbed, I was 8 years old at that time, he said, in Vietnamese, ‘I want you to help people like me.’… So I do relay for him.”

Le is also captain of the Phi Kappa Psi relay team, which raised $600 during the relay.

When asked about whether he enjoyed the event, Le answered, “Absolutely. This is my first Relay ever. I’m having a good time. During the down time, we play football, toss the football around or post on Facebook. It’s pretty fun.”

Schmidt is very happy about the turnout of this year’s relay. Despite the cold weather, many groups and individuals came to the field and participated in the event.

“We have a really wide range of people here which is really exciting,” she said. “I have definitely seen a lot more community members here this year than I’ve seen in the past.”

Schmidt is graduating from CWRU this year, she has some advice for students involved in CAC.
“Stay passionate and stay motivated because it’s a really important cause,” she said. “As long as we can keep that love for the cause going I think we can see more successful relays in the future.”