Relay For Life to host Power of Purple next week 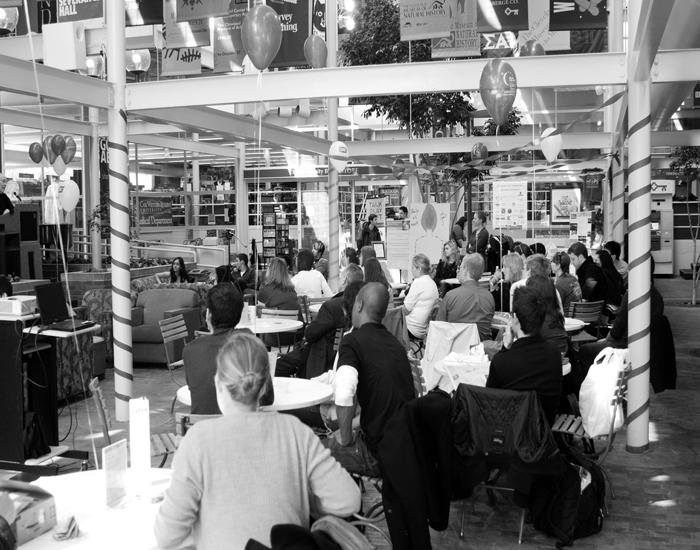 As the Case Western Reserve University community settles into the spring semester, planning for Relay For Life (RFL) is hitting full stride. The first major event of this semester is called Power of Purple and will take place in Thwing on Friday, Feb. 10 from 12:30 to 2 p.m.

Power of Purple is essentially a rally to raise awareness for the next installment of CWRU RFL, which is to take place April 21-22. It will feature performances by Solstice and Case in Point, as well as food and refreshments provided by RFL Gold Sponsors Bon Appétit, Qdoba, and the Jolly Scholar.

“It will feature our honorary chair, Dr. Amy Wilson, who will represent our focus this year on the “caregivers,” the people who give so much of themselves to support their loved ones fighting cancer,” said Angela Lowery, student service coordinator for the Center for Civic Engagement and Learning.

The American Cancer Society (ACS), which promotes Relay For Life, chooses a new theme or focus for each year’s nationwide array of events. Last year, the theme was “more birthdays” for those who have cancer or have recovered from it.

CWRU RFL will receive further sponsorship and donations at the Share the Vision faculty and staff basketball game later that evening. It will take place at 5:30 p.m. in Horsburgh Gymnasium, part of the Veale Center. RFL will be selling T-shirts and raffle tickets for an iPad 2. Lowery mentioned that any teams signed up for fundraising are invited to continue their efforts at the game. “I think it’s a great collaboration because it shows the entire campus support of Relay – faculty, staff, and students coming together for this cause,” she said.

Part of what makes CWRU RFL so popular among students, faculty, and staff is its accessibility. It is very easy to form or join a fundraising team. Students may do so online, and faculty and staff are encouraged to contact Dr. Michael Kenney for more information about the Faculty & Staff team. “We have several recruiting goals, including having a diverse representation of student groups and 100 percent participation by Greek Life chapters and varsity athletic teams,” said fourth-year undergraduate student organizer Tricia McCutchan.

This time around, CWRU RFL’s goal is to raise $75,000, which is $5000 more than last year’s goal. In the hectic first three weeks of the semester, the 43 registered teams have already raised $4657. “That is over $2000 ahead of where we were at this time last year,” McCutchan said. Considering that a large portion of donations are typically received onsite at the event, it seems that teams are already well on their way.

The Faculty & Staff team has already begun raising money. Dr. Kenney and Officer Mark Chavis have been selling donuts, coffee, and hot chocolate on Wednesday mornings at the corner of Euclid Ave. and Adelbert Rd.

Some student organizations will also begin holding fundraising events soon. For example, CWRU Cycling Club will be holding a triathlon open to all students, faculty, staff, and alumni. It will consist of a 10-minute swim, 30-minute bike ride, and 20-minute run. The entry fee of $10 will go to the club’s RFL team. Anyone interested in participating can contact undergraduate Tyler Young for more information.

At the time of this issue’s production on Feb. 1, the current leading team is that of Zeta Beta Tau (ZBT) fraternity and Alpha Chi Omega (AXO) sorority. According to Andrew Sylvester, second-year service chair of ZBT, most of the team’s donations have come from families and friends of the chapters’ brothers and sisters. Facebook has been a major vehicle for spreading the word about making donations to the ACS website. “Relay For Life is a wonderful organization in general, but some of our brothers have been personally impacted by cancer, so the cause is that much more important to us,” said Sylvester.

Another reason CWRU RFL is so consistently successful is the personal reward many students experience once they get involved. “Every moment I spend responding to emails, recruiting teams, and brainstorming new entertainment ideas and activities is worth the feeling I have as I watch our fundraising totals go up each and every day,” McCutchan said.