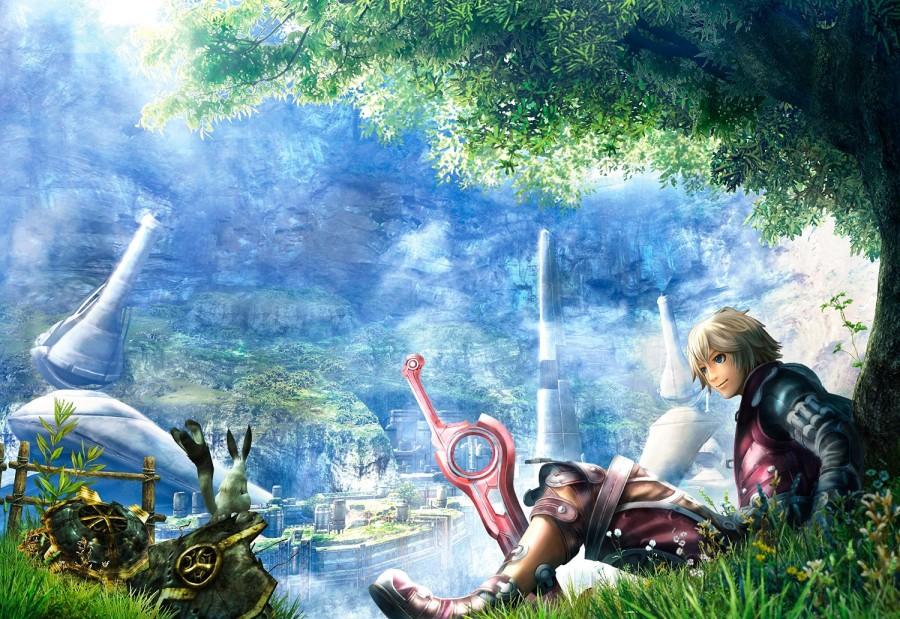 The gameplay features an intricate plot in a unique fantasy setting.

As the numerous reveal trailers for new fighters in “Super Smash Bros. for Nintendo 3DS and Wii U” were released over the past two years, one character that may have confused most American gamers was Shulk. He seemed interesting enough, wielding a cool sword and having the ability to see the future, but not many American gamers knew where he came from.

The original “Xenoblade Chronicles” for the Wii was released back in 2010 in Japan and 2011 in Europe.The game featured Shulk as the starring character. Eventually, thanks to fan interest through such movements as Operation Rainfall, “Xenoblade Chronicles” was released in North America in 2012. However, the release was limited compared to some of Nintendo’s other flagship titles. As such, Shulk and his game remained relatively unknown.

Thanks to his appearance in “Super Smash Bros.,” however, Shulk is enjoying newfound popularity. Hoping to both capitalize on this popularity and demonstrate the power of the New Nintendo 3DS, Nintendo decided to port the original game to the New Nintendo 3DS. The game itself will only work on the New 3DS; it will fail to open if inserted into an original 3DS or 2DS system.

The game is set in a fantasy universe where the entire world exists on the inanimate bodies of two colossal titans, the Bionis and the Mechonis. The people of Bionis—humans (called Homs), Nopon (a small, imp-like race) and High Entia (bird-human hybrids with long longevity)—are eternally at war with the machines (named Mechon) from Mechonis. The game opens with a depiction of a huge battle between the two forces. The human hero, Dunban, manages to turn the tide using the Monado, a sword that is the only way of piercing the thick Mechon armor. However, this costs him the use of his right arm.

The opening scenes of the game set an excellent tone for the experience. After participating in a huge battle with Mechon, the player is given a moment of reprieve before disaster strikes again. Elsewhere, an unexpected Mechon attack on his home colony leaves Shulk battered and beaten, with his childhood friend killed by one of the main antagonists. Shulk vows revenge and takes hold of the Monado, becoming its new bearer.

From here on, things proceed in a “linear open-world” fashion, where progressing on the main quest will unlock a new area to explore, each with a large number of side quests, items to be sold or traded and rare monsters to kill that yield special rewards. What’s interesting is that upon entering each area for the first time, the area title card shows where the party is located on the Bionis itself. It’s bizarrely intriguing to see how the party is climbing up the Bionis’ leg, proceeding along its thigh, through its stomach and finally up its back to get to their destination.

The game also provides several measures to mitigate some of the frustrating things players may encounter. While there is some backtracking in the game, there is a useful fast-travel system. While it can be easy to die, particularly against higher-levelled enemies, dying does not result in a game over that will require redoing potentially hours of progress; rather, it sends the player back to the nearest landmark they passed by.

Combat in the game plays out in real-time, and can be initiated by the player or by enemies, if they spot you. Auto-attacking is done automatically if the enemy is in range, but the player can choose to execute one of many abilities (called Arts) that a character learns. While three members of the party participate in the battle, only one can be directly controlled by the player.

As the wielder of the Monado, Shulk is able to have visions of the future. While this factors into the story of the game, it also works in combat. If an enemy is about to perform a particularly strong attack that may incapacitate an ally, Shulk may see a vision of the attack playing out around eight to 12 seconds before it actually does, allowing him to warn his allies to take action, redirect enemy attention to a stronger target who can take the hit or focus on taking that enemy down before the attack can be performed.

The combat in the game seems simplistic, but later acquires depth as the characters learn new Arts. For example, positioning becomes important, as certain Arts, such as Shulk’s Back Slash, do additional damage or inflict additional effects when enemies are hit in the side or back. Additionally, one of the most useful strategies requires the party to first inflict a break status and then a topple status on the foe. Both of these statuses can only be inflicted using Arts, and some characters’ abilities require using positioning for these statuses to be inflicted.

While the story and combat are effective, what will ultimately blow players away is the camaraderie between the characters. Shulk is able to recruit a number of characters into his party, including the former hero Dunban, the Nopon hero Riki, his longtime friend Reyn and several others. While characters in most other games tend to shout out basic information in combat, such as relaying enemy positions, requesting backup or story-related dialogue, the characters in this game actively encourage each other, complimenting each other on successful dodged attacks or critical hits, cheering each other up if an attack misses and commenting on each other’s performance after a battle. While these quotes can be recycled after a while, they are still extremely memorable and serve to show the relationship between party members.

What is best about the characters’ camaraderie is that it manages to work its way into the gameplay as well as the story. When a character is complimented for a good attack, the game slows down for a brief second before displaying a quicktime event. If the button is not pressed, there is no penalty, but if it is pressed, the characters’ affinity will increase. Increased affinity between party members will increase their effectiveness in combat by a small amount and unlock the ability to share some of the passive abilities they learn. Additionally, thanks to the constant chatter between characters during combat, players will always be able to feel the flow of battle and know exactly when things are a bit hairy.

While the game itself is great, where this particular version suffers is in being a port. While both the Wii and New 3DS versions show that the graphic designers valued artistic beauty over graphical fidelity, the New 3DS version has noticeably less quality visuals than the Wii version, particularly when compared to the original played on a Wii emulator with high quality texture mods. The 3-D effects aren’t really well-integrated; nothing seems to pop like in other 3DS games. Additionally, one of the worst issues of the port is that the menus that appear on the lower screen have no touch-screen navigation.

Everything both good and bad about the original release remains true here. There is a lot of fun story and exploration, but there’s also some padding in the latter half, with the story taking place on Mechonis never feeling as strong as the Bionis’ scenes. Lacking in much in the way of additions, “Xenoblade Chronicles 3D” is about as straight a port as you could get on Nintendo’s new portable console. But for those who prefer their role playing games in a handheld format, it’s a perfect fit. The game is still as great as it always ways, and despite the graphical downstep, it’s no less enjoyable on a smaller screen.