Rembrandt in America Exhibition at the CMA 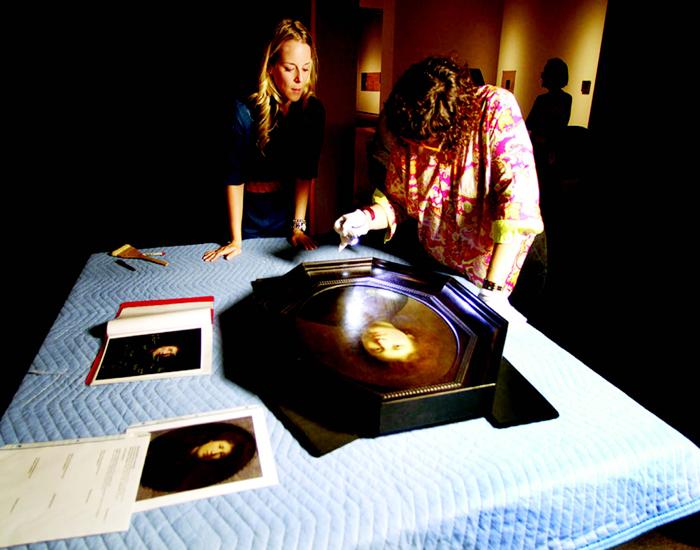 “Rembrandt in America” opened Feb. 19 at the Cleveland Museum of Art. The exhibition provides some insight on the particular characteristics that “make a Rembrandt, a Rembrandt.” It uncovers some mysteries of attribution and better explains the difference between the artist and the workshop to the layman gallery-hopper.

Rembrandt van Rijn was a 17th-century Dutch painter and etcher best known for his prints and portraits. In the first room of the special exhibits gallery, the viewer is introduced to a slew of information concerning the exhibition’s intent. A circular diagram occupies one wall, detailing a controversy that has been upsetting scholars for quite some time. The diagram has a color-coded legend specifying authorship of the pieces in the exhibition.

“Rembrandt in America” includes around 30 pieces by Rembrandt, and many others by his contemporaries, pupils, or workshop, making this diagram an essential piece of the puzzle. The variety of sources allows viewers to educate themselves on the distinctive attributes of Rembrandt’s work. Each room in the exhibition composites small examinations of particular phases of his work, stretching from early case studies used as tutoring tools to religious figures that he became fascinated with later in his life.

In almost every room of the exhibition, there is an exercise asking the audience to participate in indentifying the author. If the viewer has been paying close attention to the attributed artists of the other works in the room, he or she will notice an ambiguity surrounding the exercise piece that allows deep speculation on the who and when.

The varieties of minute differences between the exercise pieces make for an amusing interaction. The show itself seeks to test the observer’s garnered knowledge on the work of Rembrandt. In a small room, cut off from the exhibit’s main circulation, is a close examination of Portrait of a Woman (1635). The piece is placed under a microscope, where scientific techniques are used to develop a timeline – color differences, textural differences, alterations by a different hand, etc. – and how this information is used by scholars to identify the author.

Besides the quest to become an authority on Rembrandt van Rijn, there are several pieces that stand out as purely wonderful works to admire. People wandering throughout the galleries seemed to linger longest around a piece in one if the last rooms, pertaining to van Rijn’s later fascination with religious figures. Lucretia (1666) encapsulates the ideology of Rembrandt’s work, capturing pure moments of personal character in a figure that was rarely depicted in this way.

Lucretia was raped by the Roman King Lucius Superbus’s son Sextus and subsequently committed suicide to prevent shame to her family. This would set in motion the revolution that would form the Roman Republic. The horrific tale was usually depicted as a moment of defilement by Sextus, as sacrifice, or accompanied by future players in the revolution as a hand of vengeance. Rembrandt instead chose a specific moment of despair for the concentration of the piece. Lucretia’s eyes well up and a slim streak of blood flows down her elegant drapery; she rings for someone to help, as she poses in a moment of reflection, perhaps questioning herself. It becomes easy to visualize what happens next: someone slowly walking up to her room, a family member or friend, to find Lucretia lapsed over on her bed alone, dead. Though these characteristics are imbedded in the history of Lucretia, elements of specific attributes are embedded into the facial structure of various other subjects in the exhibition, which become extremely rewarding when discovered and traced to Rembrandt’s true hand.