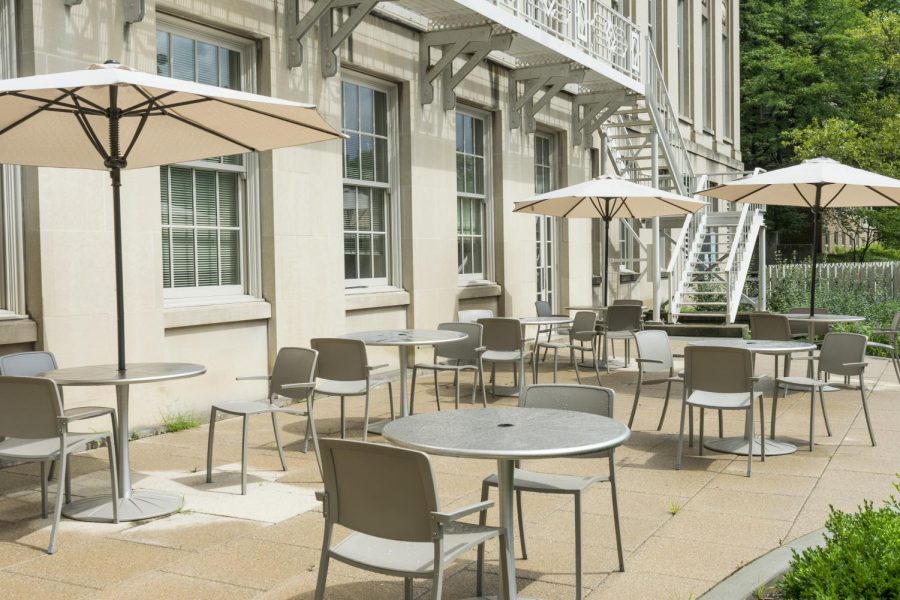 Renovations and development projects popped up across campus over the summer, turning the university grounds into a series of construction sites. Tomlinson Marketplace; the Veale Convocation, Recreation and Athletic Center field house; Haydn Hall; Wade Hall and Denison Hall have been all updated.

The Marketplace underwent Phase I between 2016 and 2017. These renovations focused on updating “serving platforms, dining concepts and seating areas,” according to Dick Jamieson, vice president for campus services. An outdoor patio was also added.

Phase II involved more overarching renovations, such as a total restoration of the kitchen, all new cooking equipment and major infrastructure upgrades.

The renovation was completed through a collaboration of Case Western Reserve University Dining Services, Campus Planning & Facilities Management and Bon Appetit. The Marketplace is accessible to students via special meal swipes, CaseCash and traditional payment.

“These upgrades will allow Dining Services and Bon Appetit to optimize the dining experience of our students, faculty and staff at this key Case Quad dining venue for years to come,” said Jamieson.

The Veale field house underwent general maintenance renovations over the summer as well. This section of Veale recently reopened after undergoing a floor recoating, according to Director of the Department of Planning, Design and Construction Chris Panichi.

The field house includes the multipurpose track and courts and hosts many university events, including Commencement and University Welcome.

Panichi said, “Students will enjoy a new floor with better stripping for basketball and other sports.”

Hayden Hall and two Department of Music buildings also began renovations and construction this past May. Haydn Hall’s internal mechanical system, ceilings and floorings have been completely replaced, according to Panichi.

“Students will now have a central air-conditioning system,” said Panichi. “[This] is much quieter without window units while also providing humidity control for the instruments.”

Haydn is home to the Department of Music faculty and staff offices, classrooms, the Kulas Music Library and the Music Education Resource Center.

Panichi said the project will be “substantially complete” by the start of classes on Aug. 27. Wade Rehearsal Hall and Denison Rehearsal Hall, however, are undergoing construction which will run into the upcoming semester.

The halls are “used primarily for ensemble rehearsals,” according to the department website.

The first phase of the reconstruction was completed over the summer. According to Panichi, this included renovating the current building interior’s acoustics and instrument storage, as well as mechanical upgrades.

“The second part involved constructing an addition for large music ensembles and a large practice space for the orchestra and band,” said Panichi.

Construction on the rehearsal halls is set to conclude this October.