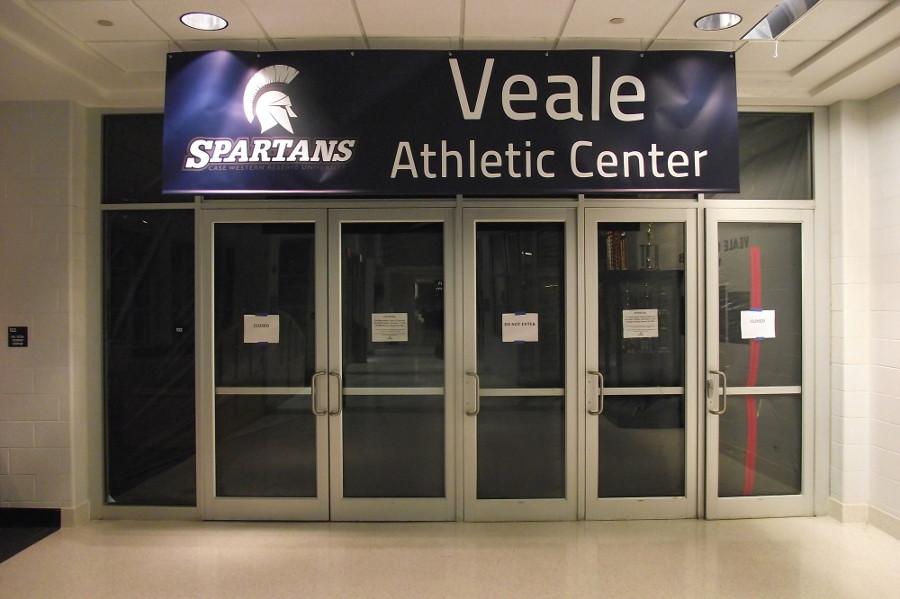 The Veale Center is getting a much-needed facelift. The Case Western Reserve University Athletics Department will be undertaking an overhaul of the field house area of the Veale Center over winter break along with other maintenance work throughout their facilities.

Athletic facilities will see three major projects this winter break, and students can expect to return to new and improved spaces for next semester. The first will be in Adelbert Gymnasium where the ceiling is being painted and the floors resealed.

Secondly, it was revealed to The Observer that the general purpose locker rooms in the Veale Center will get new floors and benches. A new vinyl floor will be placed in both of the general-purpose locker rooms, replacing the current tile in the men’s room and the carpet in the women’s room. “It’s a space used most by students,” said Director of Athletics Amy Backus, “So it will be really great to get it renovated for them.”

Finally the big project is in the field house, which will have a new floor when the facility opens up after winter break. The current floor is 17 years old and in need of an update, a plan that has been discussed in the CWRU Athletics Department for over a year.

The new floor will be a visual change and not simply a replacement of the old floor. “The new floor will also be the school colors,” said Rebecca Copeland, the associate athletic director for facilities. “We are replacing the royal blue and white and it will be all navy and grey.”

The floor will be an improvement from a usage standpoint as well. The new floor will be a 10mm BSS 2000 RE floor from Beynon Sports Surfaces, a state of the art multipurpose floor. The basic layout of the field house will remain the same with three smooth courts and one rough court, along with an indoor track the same length as the current track. In addition the courts will have lines for basketball, volleyball and badminton.

Of course all of these improvement will take time and as a result the facilities will be closed for all or parts of winter break. While students have expressed concerns about the closures, it has been a large part in the planning for the department. “It’s a big concern for us too,” said Backus. “It impacts everyone; faculty, staff, athletes and students, especially the students.”

While some may wonder why not wait until summer break to make the changes when most students are off campus, the winter break was chosen to have a small impact. During the summer the Veale Center hosts dozens of events such as sports camps and summer camps for Cleveland students. “It’s the largest window of time that we can get it done with smallest impact,” said Backus.

As such the plans were made to start renovations this week, as the field house closed on Dec. 1 While it started during the last week of classes, the six-week window allows time for the work to be done well. In addition the fact that it is an indoor surface means that there will be a very limited chance of weather delays, so the projected is expected to go off without a problem. “They should be done for the start of classes on Jan. 11,” said Copeland. “ That is the hope.”

The installation of the floor is a multistage process which will take about six weeks to complete. It is being installed on top of the current floor, so the first step is to sand down the old surface to allow the new one to adhere. The process has already started. “It’s a poured floor,” explained Copeland, “They will be spraying it down layer by layer and so it will take a few days for each layer to adhere and to cure.”

Finally there is hope that the new surface will hold up to the demands of students into the foreseeable future. The Veale Center is open 110 hours a week during the semester and therefore the field house is considered to be a high use space. As such the new floor is expected to last 15 to 20 years.

Students will see improvements when they return to campus next semester.