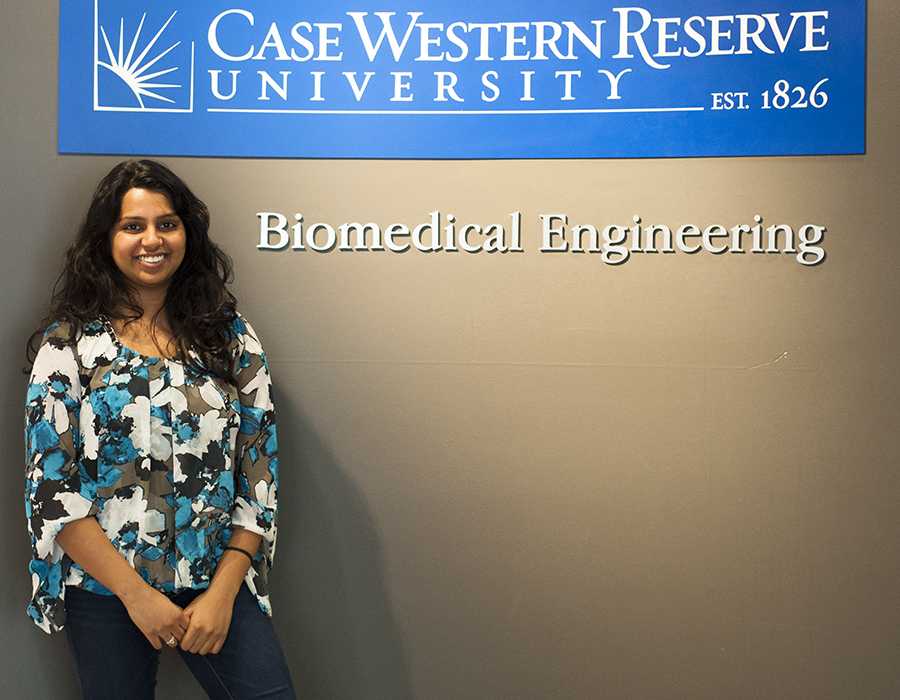 Senior Shruti Sudhakar is currently working on a project to lessen tissue damage caused by the implantation of electrodes into the brain.

Humans are unique animals. Our brains control our bodies well, but one day, brains may be able to control machines just as effectively. Senior researcher Shruti Sudhakar has been working on a project with the goal of reducing the damage electrodes do to the brain and allowing them to be used for longer periods of time.

Electrodes that can pick up and translate brain functions into actions have been around for some time.

“Your brain is just a circuit and the idea was that if you could tap into that circuit, you can actually use the brain as a computer to control things,” explained Sudhakar.

However, planting electrodes into your brain over an extended period of time results in an immune system response, which can lead to inflammation in the brain. This reduces the amount of electrical activity the electrodes can pick up. The damage is caused by the fact that the electrodes, in order to get to the brain, go through layers of tissue in the skull. It’s residue from this movement that triggers a response.

“You have tissue trauma, that’s what activates the response,” Sudhakar said.

For over a year, Sudhakar’s research has been trying to figure out how to reduce this inflammatory response. Specifically, she has been looking at the TLR-2 and TLR-4 receptors on microglia cells, which are the first cells to react in a brain immune response.

The electrodes themselves aren’t harmful, but rather the body’s own immune system continual reaction creates a toxic environment for the brain. This is because microglia cells release a large amount of toxic factors as part of their response against pathogens, but the system doesn’t stop until the electrodes are removed.

Other researchers in the same lab as Sadhakar, which is run by Dr. Jeffrey Capadona, have attempted various methods to reduce the response. For example, drug therapy might be a viable option. The goal of this method would be to reduce the toxicity of the immune response on the brain. Another idea is to look at the material the electrodes are made out of.

“If you reduce the stiffness of the material, you should have less trauma and less of a response,” Sudhakar explained.

Sudhakar is simply interested in preventing the response from happening in the first place. The way she measures the immune system response is by cutting experimental rats’ brains into thin slices. She then stains for specific cells.

“[The method] basically uses antibodies, which are cell specific, to target receptors, proteins and cells,” she said.

She then compares the amount of microglia on the side of the brain with the electrode to the same location on the other hemisphere.

When she’s not doing research, Sudhakar keeps herself busy with many other activities. She’s part of Case Emergency Medical Services, and has a shift from 8 p.m. to 8 a.m every Thursday. She’s been an emergency medical technician since she was seventeen. She is a biomedical engineering major and plans on going to into medicine after graduating.