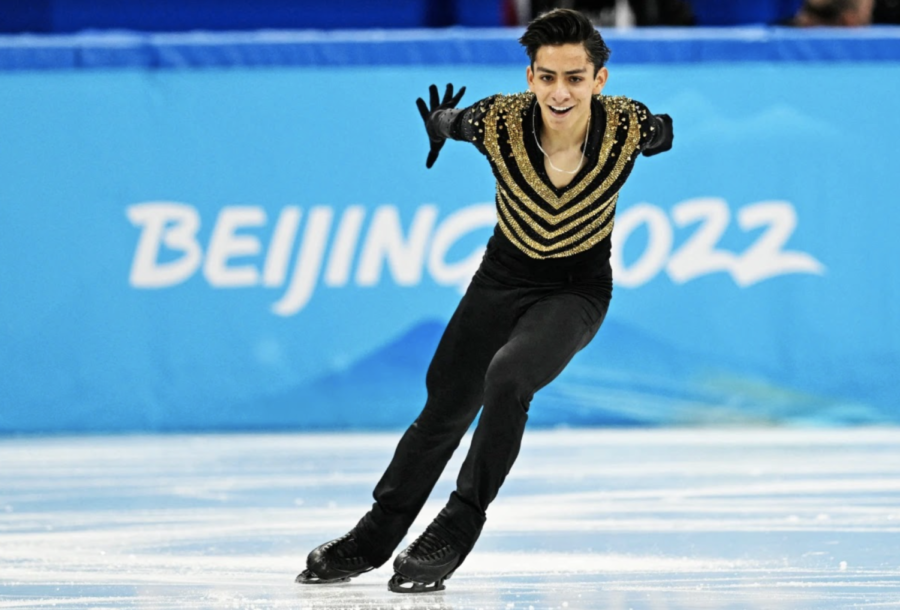 This year’s Winter Olympics in Beijing have produced some memorable moments. From Nathan Chen’s dominant performance in figure skating to Shaun White’s last hurrah, we have seen impressive determination and the symbolism in the Olympic spirit of Ancient Greece. However, there is one moment, well, one person, that caught my attention more than any other: Donovan Carrillo.

I remember waking up early in the morning and realizing that the opening ceremony was happening. I turned on my laptop and tuned in through a livestream. About 20 seconds later, I saw something that caught my eye: Mexico’s appearance. Naturally, I felt happy considering my parents were born there and it is the country I support in world-wide sporting events along with the United States. One of the two flag bearer’s information then came on, showing that Donovan Carrillo was competing in men’s figure skating. Immediately, I felt very confused. With Mexico being a temperate country in terms of climate, I was not expecting a figure skater. I associate Mexico with avocados, soccer and my family—not winter sports. But there he was, waving the Mexican flag with joy, ready to represent his nation by being the first in 30 years to represent Mexico in Olympic figure skating after placing 20th at the 2021 World Championships.

From that moment, I wanted to learn more about him, so I researched his background and journey. After some online digging, I gained a sense of joy and a renewed sense of determination from a man who never gave up on his dream when everything was against him.

Carrillo didn’t have a private, Olympic-sized rink to practice in. He instead practices inside a Mexican shopping mall on an undersized rink alongside shoppers. In that rink, Carrillo attempts to pull off his jumps and dances while weaving through people who may not have ice skated before. When he skates alone, he listens to music, however, when people join him on the ice, Carrillo has to turn it off and envision it in his head to not disturb fellow skaters.

When Carrillo first started skating as a child, he was told that he wouldn’t go far and should take up sports Mexico is known for, like soccer and boxing. A few years of hard work later—after discovering the world stage that existed for figure skating through the Olympic Games in 2010 and setting it as his dream—not only did he qualify to skate on the Olympic stage, but he also became the first Mexican in history to qualify for the Olympic free skate final event among the world’s best.

Carrillo’s story and journey embodies the Olympic spirit of determination. His joyous expressions while skating and pride for Mexico struck a chord in me. He may not be the best ice skater in the world, but he looks like he is enjoying every moment while on the big stage. His years of hard work and doubts from those around him propelled him forward to the world’s largest stage.

Overall, I am happy for him to be gaining recognition from everyone in the world at this stage. He deserves the limelight, and his story should inspire many who want to pursue something dear to them. He reminded me that no matter how difficult something may be, you can do anything if you set your mind to it.

Carrillo is my surprise Olympic joy. He made me more appreciative of my heritage and gave me the boost I needed to continue my currently difficult education. I wish him well in his future skating career, and I hope to see him perform even better. No matter what happens, he made a country proud and gained some new fans along the way.